Nobel winners get 10% raise: Prize money goes up to $1.1million

Winners of the Nobel prizes will receive an extra 1 million Swedish krona ($110,000) for claiming the prestigious award.

The head of the foundation which oversees the awards said the prize money will increase to 10 million crowns this year ($1.1 million), daily Dagens Industri reported.

Lars Heikensten said: ‘The decision has been made due to the fact that our costs and capital are in a stable relation in a completely different way than previously.’ 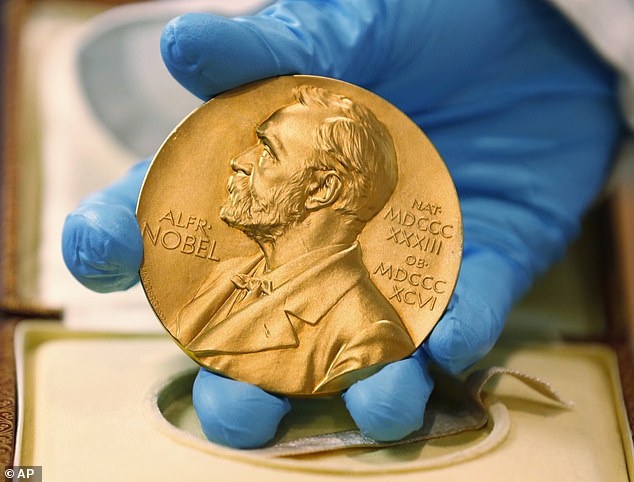 Winners of the Nobel prizes will receive an extra 1 million Swedish krona (£86,000) for claiming the prestigious award (pictured)

Dynamite inventor Alfred Nobel left around 31 million crowns – about 1.8 billion crowns in today’s money according to the Foundation – to fund the prizes, which have been awarded since 1901.

The prize amount has varied over time, starting at 150,000 crowns and reaching 1 million crowns in 1981. 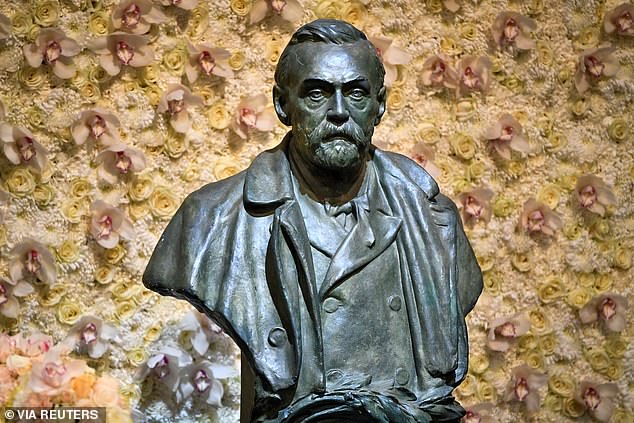 Dynamite inventor Alfred Nobel left around 31 million crowns – about 1.8 billion crowns in today’s money according to the Foundation – to fund the prizes

Nobel prizes were initially awarded in the fields of physics, chemistry, medicine, literature and peace.

In 1969, another prize was added, The Sveriges Riksbank Prize in Economic Sciences in Memory of Alfred Nobel.

Medicine is the first of the Nobel Prizes awarded each year.

The Nobel Laureates are announced annually at the beginning of October.

They are honoured in December, on the anniversary of Alfred Nobel’s death.

Winners receive their prizes from the Swedish King.

All Nobel Prizes are awarded in Stockholm, Sweden, except for the Nobel Peace Prize, which is awarded in Oslo, Norway.

But the global credit crunch of 2008-9 hit the Foundation’s investments and Heikensten, a former central bank chief, was brought in to get its finances in order.

Heikensten will step down at the end of this year to be replaced by former Norwegian foreign minister Vidar Helgesen.

He said the Foundation would continue to raise the amount of the prize money ‘from time to time’.

Medals made before 1980 were struck in 23-carat gold, and later in 18-carat green gold plated with a 24-carat gold coating.

Five awards are handed out to laureates every year, in peace, literature, chemistry, physics and medicine.

An additional award for economics was also set up in 1968 as a Nobel Memorial prize, but as it was not one of the categories established by Alfred Nobel in his will, it does not officially count as a Nobel Prize.

This year, Donald Trump has been nominated for the peace prize in the wake of diplomatic breakthroughs between Israel and Gulf Arab countries.

The US President was nominated for a second time for his work in securing a deal between Kosovo and Serbia, two former Balkan war foes.

Swedish parliament member Magnus Jacobsson tweeted that he nominated the governments of the United States, Serbia and Kosovo ‘for their joint work for peace and economic development, through the cooperation agreement signed in the White House. Trade and communications are important building blocks for peace.’

Serbian President Aleksander Vucic and Kosovo Prime Minister Avdullah Hoti signed an economic normalization deal at the White House last week that also calls for Belgrade to move its embassy in Israel to Jerusalem and for mutual recognition by Israel and Kosovo. 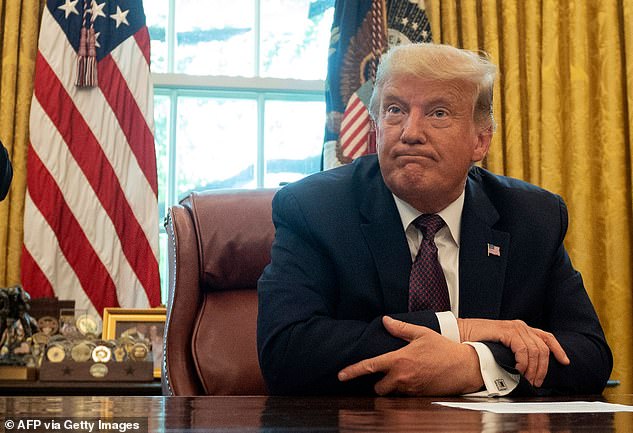 Trump has been nominated twice for a Nobel Peace Prize – for his work in securing a deal between Kosovo and Serbia, and for diplomatic breakthroughs in the Middle East

WHO WAS ALFRED NOBEL? 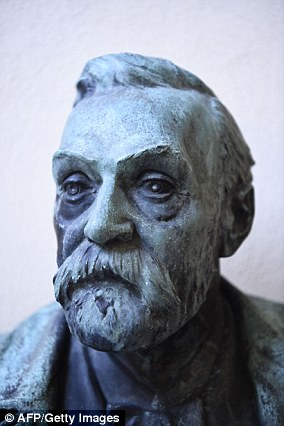 Pictured is a statue of Swedish inventor and businessman Alfred Nobel

Nobel prizes were initially awarded in the fields of physics, chemistry, medicine, literature and peace.

The prizes take their name from Swedish inventor and businessman Alfred Nobel.

During his life, he started 87 companies all over the world and amassed an incredible fortune.

His will stipulated that the money should be used to establish prizes to award those who had done their best to benefit mankind.

The first Nobel Prizes were awarded in 1901, five years after Nobel’s death.