Boris Johnson has started lobbying hardline Brexiteers in his party to support his deal – as Nigel Farage praised him as ‘the man who finished the job’.

The Prime Minister spoke to senior members of the European Research Group on Christmas Eve in a bid to persuade them to back the agreement when it comes to the Commons next Wednesday.

The group is convening a ‘star chamber’ of legal experts to analyse the deal – and is not expected to issue its final verdict until Monday, when members have had the chance to scrutinise the full document. 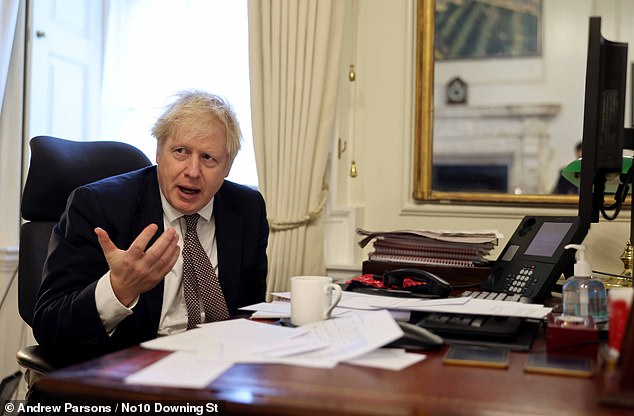 Boris Johnson has started lobbying hardline Brexiteers in his party to support his deal. Pictured: Johnson speaks to the President of the European Commission Ursula von der Leyen from his on Wednesday as they agreed to a Brexit deal

Brexit Party leader Mr Farage hailed the agreement, declaring ‘the Brexit wars are over’, but ex-Tory leader Iain Duncan Smith said: ‘Beneath the spin, bits and pieces of important detail are starting to emerge that raise questions.

‘That’s why the Government should now release the full text.’

MPs and peers have been summoned back to Parliament to vote on the deal on December 30 – just a day before the end of the transition period.

It will be fast-tracked to ensure it gets Royal Assent from the Queen in time for the final deadline to ensure it can be implemented from January 1. 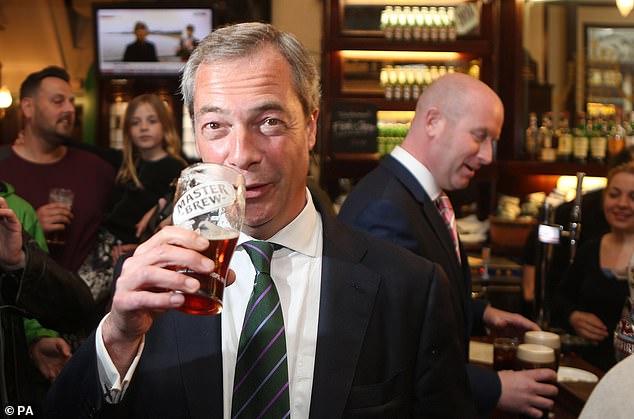 Brexit Party leader Mr Farage hailed the agreement, declaring ‘the Brexit wars are over’ and he praised Boris Johnson as ‘the man who finished the job’

There is no chance of a Commons defeat for Mr Johnson because Labour has said it will vote in favour. But the PM wants as many hardline Brexiteers as possible to support the agreement to ensure a firm end to the Tory wars which have bedevilled the party for a generation – and cost a series of party leaders their jobs.

The deal also has to be passed by all other EU members, but that is expected to be a formality. Even France – which pushed hard during the talks to protect the rights of its fishermen – has spoken warmly of the agreement.

Mr Johnson started ringing senior ERG members on Christmas Eve to push the deal. Oliver Lewis, the deputy chief British negotiator under Lord Frost, also has a key role in ensuring as much support for the agreement as possible.

The Vote Leave manifesto author – known in Downing Street as ‘Sonic’ – is in regular contact with ERG members to explain the agreement.

No 10 is understood to be confident that the deal ‘seems to have landed in a decent place’. 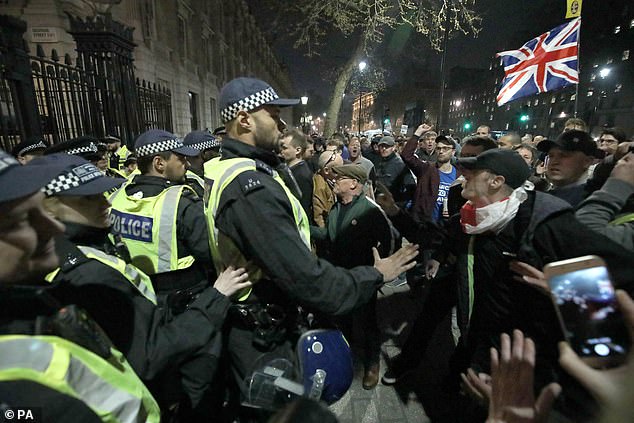 A source said: ‘The Prime Minister clearly wants as many colleagues as possible to vote for the deal. He genuinely wouldn’t have signed it if he didn’t think it was good for the country.’

Mr Farage’s comments will be welcomed by Mr Johnson, who had feared the Brexit Party would paint the agreement as a betrayal.

On Wednesday, the former Ukip leader appeared to be preparing to cry betrayal over the deal, tweeting: ‘It sounds like the British team have dropped the ball before the line. No wonder they want a Christmas Eve announcement to hide the fisheries sell-out.’

But by Thursday morning he had shifted his position, praising Mr Johnson and his top lieutenant Michael Gove as the two senior Conservative politicians who ‘had the guts to back Brexit’.

Speaking to TalkRadio, Mr Farage described the trade deal as ‘not perfect but, goodness me, still progress’.

‘The Brexit wars are over, they finish on January 1,’ he said. ‘Boris will be seen as the man that finished the job. Perhaps not perfectly but, yes, he’s done what he said he’d do on the big picture.’

Mr Farage added: ‘I suspect on some of the detail, such as ‘we’ll be back in charge of our fisheries’, history may judge some of those aspects a little more harshly. But on the big stuff, the war is over. It has gone on for decades in this country, from the Maastricht rebellion onwards.

‘It’s never, ever gone away – the fight over whether we should be part of the European structures or not.’