Nick Cannon hasn't ruled out the institution of marriage.

In an interview released Sunday on the All the Way with Shelley Wade podcast, the musician and television personality – who recently revealed he is having more children this year – said he loves "the concept" of marriage, but his decision to walk down the aisle once more would come down to finding the right person.

"I'm a hopeless romantic at the end of the day, so I love the concept, I love the ceremony of it," said Cannon, 41. "I've failed miserably so many times at monogamy and relationships, but God ain't done with me. We're gonna figure it out."

Asked by Wade what would be the "deciding factor" in tying the knot once more, he replied, "I think as I'm growing, I've probably had a few midlife crises in my life. I'm liking the man that I'm growing into and I feel like someone who will understand me and can stand by me."

"Acts of service is a big [love language] for me," Cannon continued. "It's more about servitude and that sense of someone who you can serve each other and where you're weak, they're strong. And if I can ever find somebody that knows how to hold me down through all my madness, through all my chaos and toxicity, that's probably somebody I can rock with for life."

Never miss a story — sign up for PEOPLE's free daily newsletter to stay up-to-date on the best of what PEOPLE has to offer, from juicy celebrity news to compelling human-interest stories. 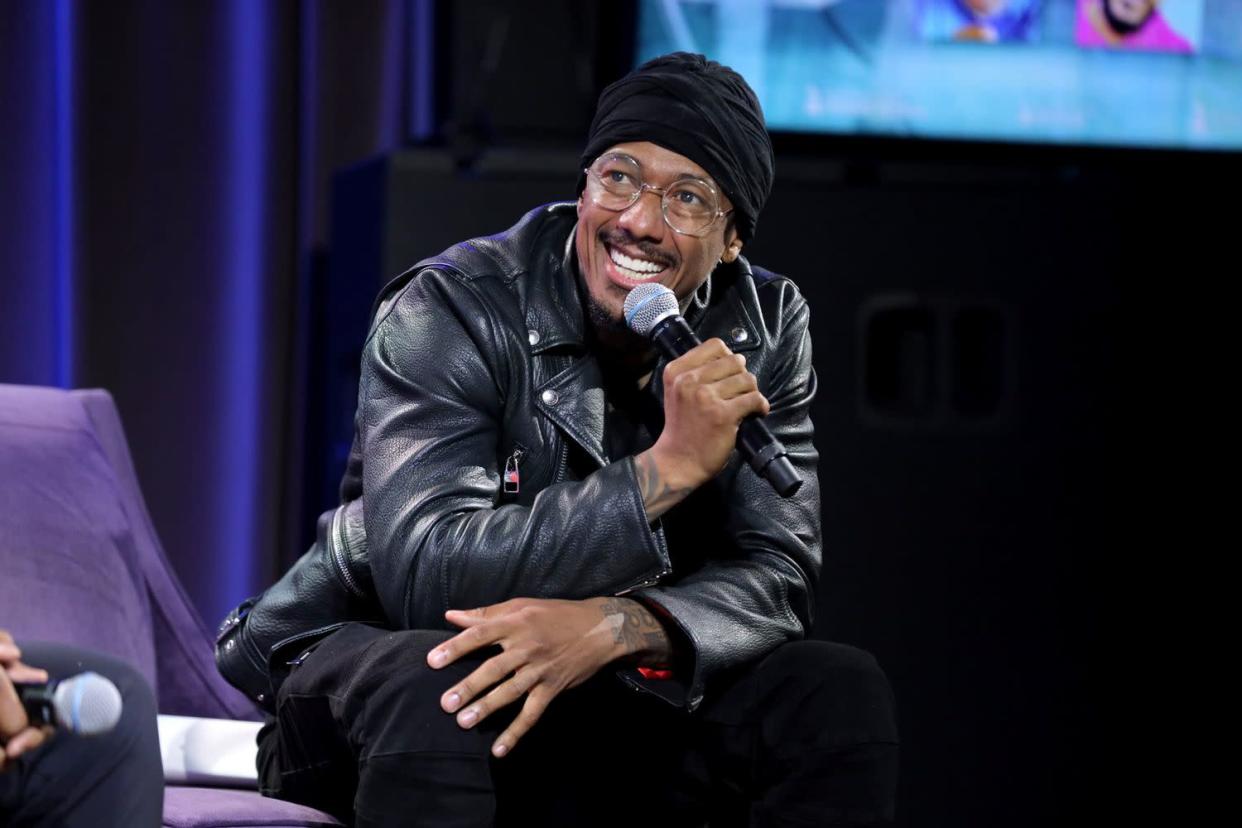 RELATED: Nick Cannon Talks the Relationship Between His Children's Mothers: "They Don't Have to" Get Along

While appearing on the It's Tricky with Raquel Harper podcast last month, Cannon shot down the idea of getting married again legally.

"It depends on what you call marriage. Getting the government involved, nah. We can go have a ceremony somewhere," the comedian said. "Why would [the] government be involved in your love life? That seems so bizarre to me. It's really a business and to bring business and love together, that's a tough one to get involved with."

Cannon was previously married to Mariah Carey from 2008 to 2016. Together, they share 11-year-old twins Monroe and Moroccan.

Describing the couple's former marriage, the Wild 'N Out host said, "That to me was one of the greatest experiences of my life and for that to come to an end as well, why would I go back if I couldn't make that work out right?"

"Once I gave my all to a scenario, going forward, I'd have to be presented with something I've never seen before in order to go back to something like that," he continued. "I did my best in this space, and now I feel like there's a new journey in my life. I'm not going to backtrack and put myself in that situation again because it doesn't get better than that." 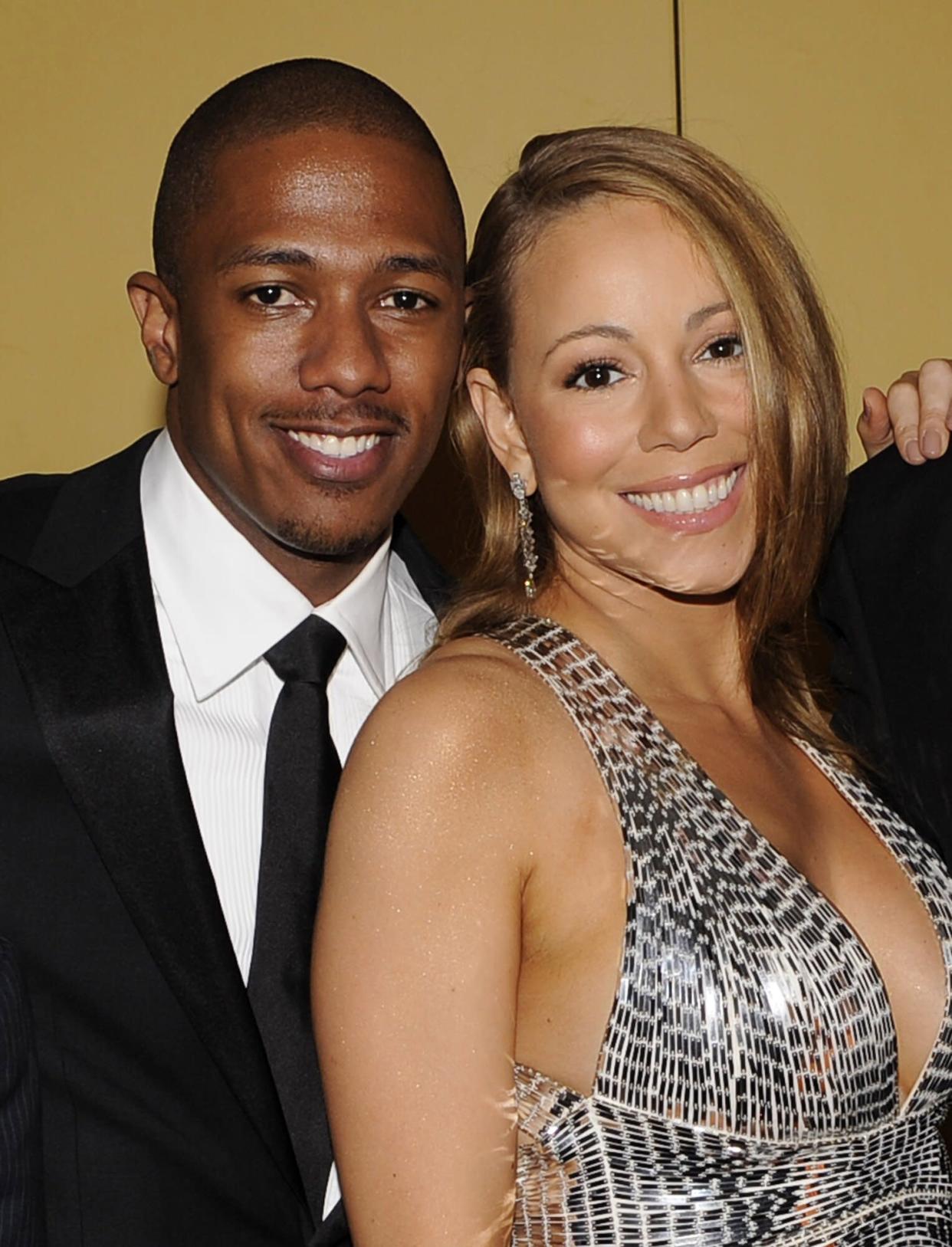 Since his divorce from Carey, 53, Cannon has gone on to welcome multiple children with several other women.

He shares 5-year-old Golden "Sagon" and 18-month-old Powerful Queen with Brittany Bell, and 1-year-old twins Zion Mixolydian and Zillion Heir with Abby De La Rosa. His son Zen, whom he shared with Alyssa Scott, died in December 2021 after being diagnosed with brain cancer.

Cannon also announced that he is expecting his eighth child, with model Bre Tiesi, later this year.

The Masked Singer host reiterated on the It's Tricky podcast in May, "The traditional sense of monogamy, I don't subscribe to."

"I let [the women I have children with] know from the gate [about my views towards marriage]. It's not out of disrespect, it's more respect," he explained. "It's, 'I'm going to come to you as honest as I possibly can.' "

" 'This is who I am, this is what I struggle with, this is where I feel like I excel. If we can coexist, you're responsible for your happiness. If I can add to it, I'm here. If I don't add to it, I shouldn't be here,' " Cannon added.

And while appearing on the Lip Service podcast earlier this month, the 41-year-old radio host revealed that he is expecting more kids in 2022.

Responding to speculation that he has "three babies on the way," Cannon first joked, "When you say 'on the way… ' What count are you at? Let's just put it this way … the stork is on the way."

When asked if he's currently expecting three children, he said, "I don't know, it could be…"

The actor, who welcomed three children in 2021, then suggested he plans on breaking his personal record, stating, "If you thought it was a lot of kids last year…"