Anger over the Westminster sleaze row grew yesterday as ministers faced furious claims that they ‘still don’t get it’ after trying to dismiss the scandal as a ‘storm in a teacup’.

In an emergency three-hour Commons debate today, MPs will ramp up pressure on Boris Johnson to rule out a peerage for Mr Paterson and to launch an investigation into £600million of Covid contracts awarded to one of the firms he worked for.

It is thought Commons Speaker Sir Lindsay Hoyle could announce a review of standards later today. 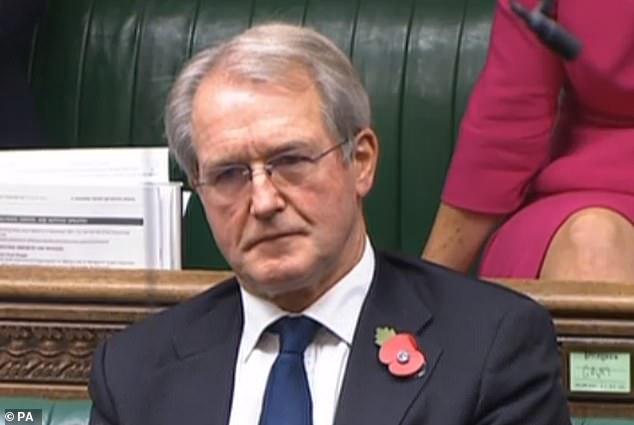 And the Commons standards committee said it could conclude its own inquiry into the disciplinary process and MPs’ second jobs within the next four weeks.

Mr Paterson stepped down as an MP last week after ministers were forced to abandon efforts to save him.

In a humiliating U-turn, Mr Johnson dropped a bid to prevent Mr Paterson being suspended from Parliament for lobbying on behalf of two firms which paid him more than £500,000.

He resigned hours later, saying he wanted to leave behind the ‘cruel world of politics’.

But it has emerged Mr Paterson, a former Cabinet minister, will be able to retain access to the Commons as he is entitled to apply for a so-called ‘category X’ pass for former parliamentarians.

Some 283 ex-MPs possess the cards which give them continued entry, including to Parliament’s restaurants and bars, without being required to register their financial interests as sitting MPs and peers must. But they are barred from lobbying under Commons rules. 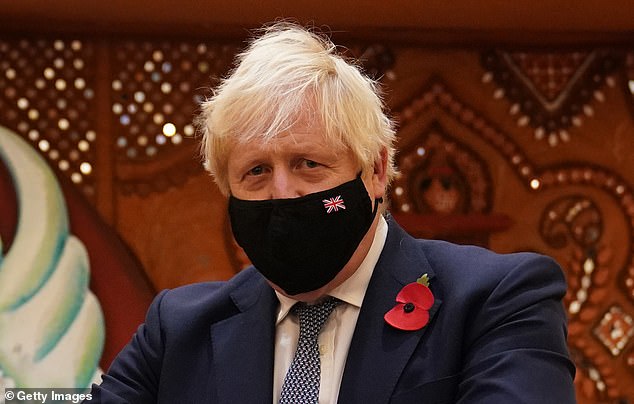 In a humiliating U-turn, Mr Johnson dropped a bid to prevent Mr Paterson being suspended from Parliament for lobbying on behalf of two firms which paid him more than £500,000. He resigned hours later, saying he wanted to leave behind the ‘cruel world of politics’

Current passholders include Sir Michael Fallon, the former defence secretary who is deputy chairman of an oil firm, Michael Dugher, a former Labour MP who is chief executive of the gambling industry body the Betting and Gaming Council, and Sir Nick Clegg, the former deputy prime minister who works at Facebook.

It comes as Mr Johnson faced fresh anger from Tory MPs last night after Environment Secretary George Eustice claimed on Sky News that the row over Mr Paterson was a ‘storm in a teacup’.

The minister’s comments were branded ‘unhelpful’ and ‘complete nonsense’ in a sign of the anger on the Conservative Party benches.

Tory former minister Tobias Ellwood also underlined how serious the row was, telling the BBC: ‘We should not deny that this was a dark week for British democracy.’

And Labour’s deputy leader Angela Rayner said: ‘Even after this past week Boris Johnson and his ministers still don’t get it.

‘They are so out of touch they still don’t think they’ve done anything wrong and they still think the rules don’t apply to them.’

Ahead of today’s Commons debate, Labour leader Sir Keir Starmer last night called on Mr Johnson to ‘answer, apologise and act’ over the scandal. And to confirm that Mr Paterson won’t be given a peerage.

And he will call for Mr Johnson to ‘commit to a full, transparent investigation into the more than £600million of taxpayer money handed without competition or tender to Randox’, one of the firms Mr Paterson worked for.

A Downing Street source last night said a peerage was ‘not on the cards’ for Mr Paterson, after Mr Eustice earlier insisted it was ‘highly unlikely’.

And a close friend of Mr Paterson said last night a peerage had not been ‘mentioned, offered or sought’. They insisted that he did not plan to apply for a Commons pass.