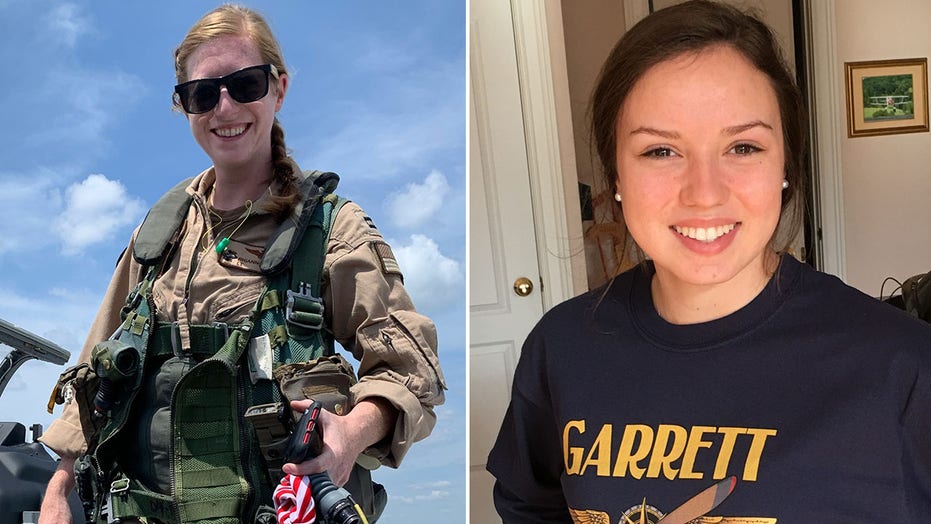 The two crew members who died when a U.S. Navy training plane crashed in a residential Alabama neighborhood on Friday have been identified.

“Their spirit, friendship, and devotion to their country will not be forgotten,” the Navy said. 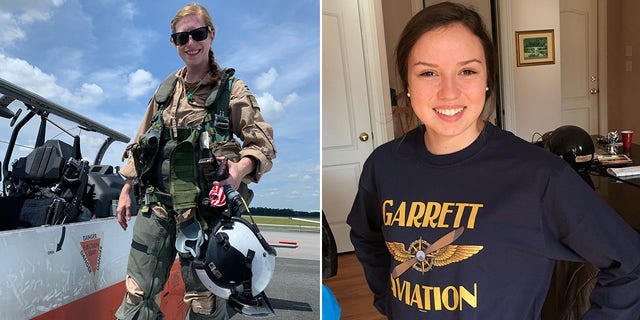 Ross, pictured left, and Garrett were piloting a U.S. Navy T-6B Texan II trainer aircraft on a routine training flight when it crashed in Foley, Ala., on Friday.
(U.S. Navy)

Ross was an instructor pilot from Wixom, Mich., while Garrett, who hailed from Weddington, N.C., was a student aviator.

The plane had taken off from Naval Air Station Whiting Field, about 30 miles northeast of Pensacola, Fla., on a routine training flight before crashing in Foley around 5 p.m. local time. 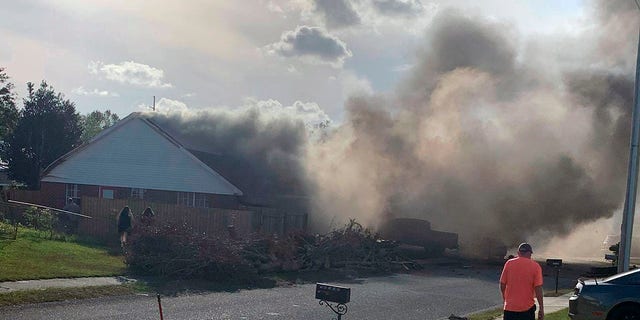 The plane crashed in Foley, a city near the coast of Alabama about 30 miles west of Pensacola. (Greg Crippen via AP)

The plane hit a house and two cars, according to FOX 10 of Mobile, but the Baldwin County Sheriff's Office tweeted that no civilians were injured in the crash.

The home and cars were engulfed in flames, but firefighters were able to make “a quick stop on the fire,” Foley Fire Chief Joey Darby told local news outlets. 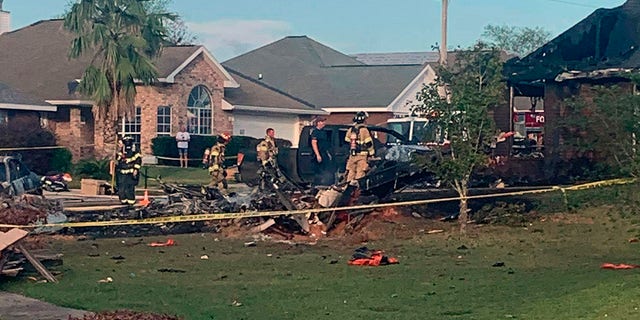 Firefighters worked to extiguish the flames from the crash after a home and several cars were engulfed. (Greg Crippen via AP)

It was not immediately clear what caused the crash.

The Navy was working with local authorities to investigate the incident.

Fox News’ Lucas Tomlinson and Paul Best and The Associated Press contributed to this report.