"I'm delighted to report that the telescope alignment has been completed with performance even better than we had anticipated," said Michael McElwain, Webb project scientist at NASA's Goddard Space Flight Center.

"We basically reached a perfect telescope alignment. There's no adjustment to the telescope optics that would make material improvements to our science performance." 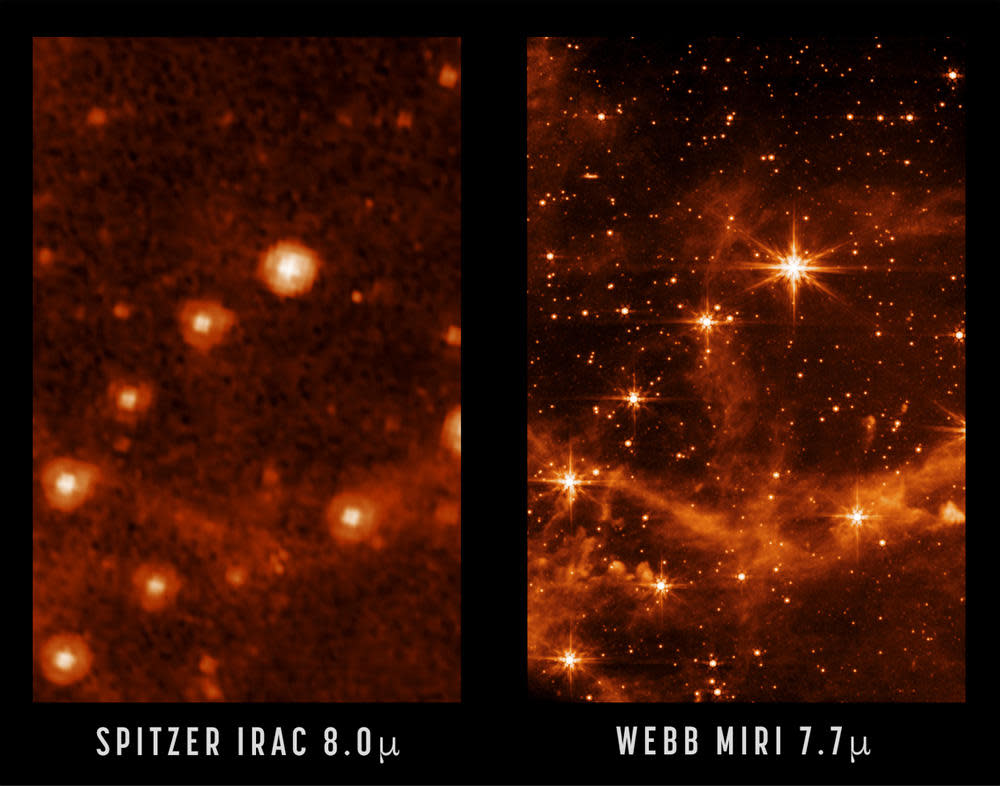 On April 18, test images were released showing razor-sharp stars and Monday, a fresh image was unveiled showing two views of a star field in the Large Magellanic Cloud, a satellite galaxy of the Milky Way. One image was shot by the much smaller, now-retired Spitzer Space Telescope and the other by Webb's Mid-Infrared Instrument, or MIRI.

The Spitzer image shows blurred stars with hints of nebulosity. But Webb's view shows crystal clear, pinpoint stars and clearly defined clouds and filaments stretching across the field of view.

"From a sort of an intellectual standpoint, you can appreciate that the images from Webb are going to be better because we have 18 (mirror) segments, every one of which is larger than the single segment that formed the Spitzer telescope's mirror," said Marcia Rieke, principal investigator for Webb's Near-Infrared Camera, or NIRCAM.

"It's not until you actually see the kind of image that it delivers that you really internalize and go, wow! Just think of what we're going to learn! Spitzer taught us a lot, but this is like a whole new world. Just unbelievably beautiful."

But first, the team plans to unveil a series of "early release observations," or EROs, jaw-dropping images of spectacular astronomical targets that will showcase Webb's scientific capability and, in the process, help justify its $10 billion price tag.

The list of potential targets is a closely held secret, but NASA plans to unveil the selected ERO images and spectra in mid July.

"Their objective is to demonstrate … to the world and to the public that Webb is fully operational and that it produces excellent results," said Klaus Pontoppidan, Webb project scientist at the Space Telescope Science Institute in Baltimore. "It's also an opportunity to celebrate the beginning of many years of Webb science."

He said the targets, selected by a committee of experts, will showcase all four science instruments "to highlight all the Webb sciences themes … from the early universe, to galaxies over time, to the lifecycle of stars, and to other worlds." 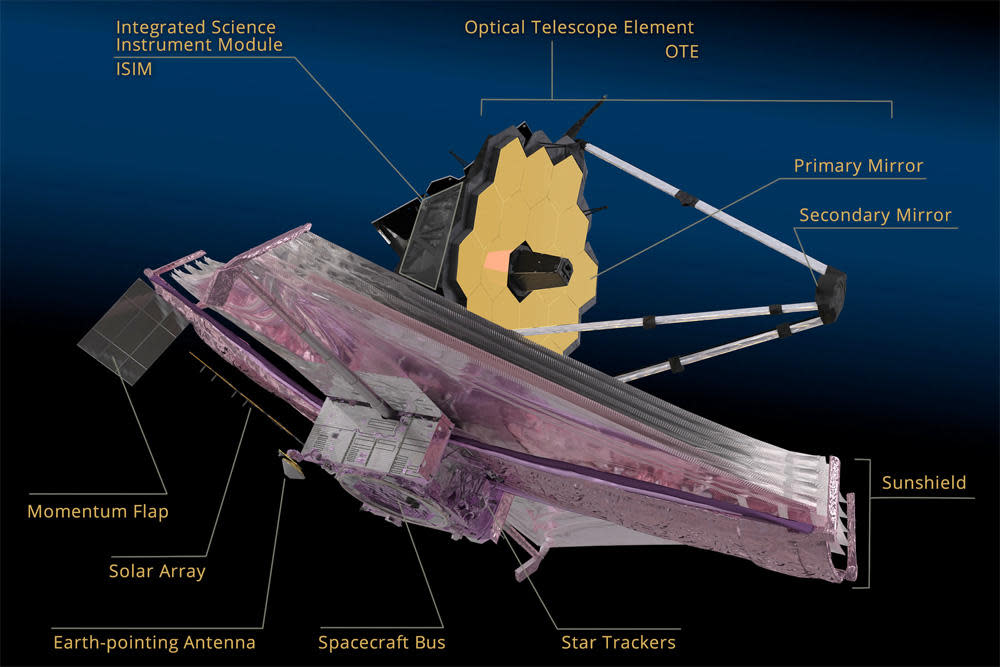 Webb was designed to capture faint light from the first generations of stars and galaxies to form in the wake of the big bang 13.8 billion years ago, light that has been stretched out into the infrared region of the spectrum by the expansion of space itself.

To reach its razor-sharp focus, Webb's secondary mirror and the 18 hexagonal segments of its 21.3-foot-wide primary mirror, each one equipped with ultra-precise tilt actuators, had to be aligned with nanometer precision, an iterative process that effectively merged 18 reflected beams into a single point.

To detect the stretched-out infrared light from the first stars and galaxies, Webb has to operate within a few degrees of absolute zero, a feat made possible by a fragile five-layer sunshade that deployed flawlessly shortly after launch.

Since then, the mirrors and instruments have cooled down to around 390 degrees below zero Fahrenheit while MIRI, equipped with a high-tech "cryo-cooler" to improve its ability to observe longer wavelengths, has reached minus 449 degrees, just 6 degrees above absolute zero.

"Overall, the observatory performance has been phenomenal," McElwain said. "We're really in the homestretch. At this point, we're characterizing and calibrating both the observatory and the science instruments.

"From my perspective, there's always risks going forward, but I have great confidence that we'll get to the finish line here, and we'll have a terrific science mission with tremendous scientific discovery in the next few months. So I'm just super excited to be at this point."