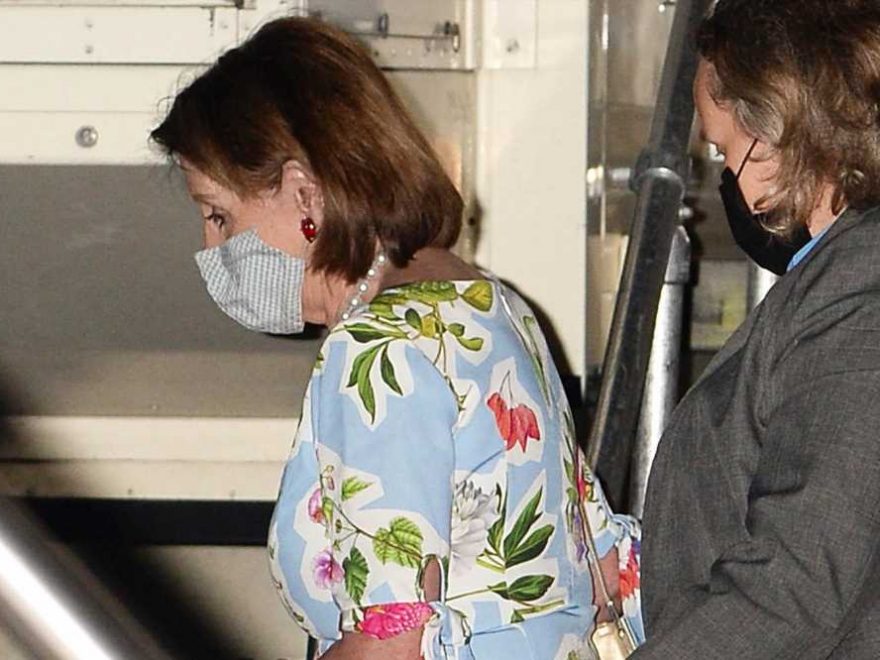 CDC announces new 60-day eviction freeze for most US counties

She definitely hasn’t left her heart in San Francisco.

Nancy Pelosi was spotted out in New York City on Tuesday night as she watched Lady Gaga and Tony Bennett take to the stage together for a joint concert to promote their upcoming second album.

Taking the night off from Washington DC, the Speaker took in the glamor of NYC and waved to the crowds as she left the famed Radio City Music Hall.

Footage posted on social media showed a masked-up Pelosi being escorted from the theater to a waiting SUV.

Pelosi, surrounded by security personnel, waved enthusiastically as she passed a crowd shouting: “We love you Nancy.”

Her Manhattan jaunt drew ire from critics on social media who accused the Democrat of choosing to socialize as the fight to extend the nation’s eviction moratorium was ongoing.

The Centers for Disease Control and Prevention on Tuesday issued a new eviction moratorium amid criticism the Biden administration was allowing vulnerable Americans to lose their homes during the pandemic.

Pelosi, who had earlier urged the White House to extend, called it a day of “extraordinary relief.”

“The imminent fear of eviction and being put out on the street has been lifted for countless families across America. Help is Here!” Pelosi said in a statement.

“@SpeakerPelosi was at the Lady Gaga concert tonight while millions of Americans face eviction from their homes. unacceptable,” one user tweeted.

“So, @SpeakerPelosi was at @ladygaga and Tony Bennett concert and that’s why she wasn’t around to help fight to keep Americans off the streets?!” another wrote.

One netizen quipped: “Nancy Pelosi flew to New York to see Lady Gaga and Tony Bennett perform because their new record is a domestic policy priority for the US.”

Pelosi’s visit to the Big Apple also comes amid big spending talks, including a massive $3.5 trillion Democratic bill to boost spending on health, environment and social programs and a $1.2 trillion bipartisan infrastructure deal.

Pelosi last month linked the fates of the two pieces of legislation when she said the House would not take up the infrastructure bill unless the proposed spending measure were passed by reconciliation — a procedural tactic that would allow the Democrats to pass the measure in the 50-50 Senate by a simple majority and bypass Republicans.

The $3.5 trillion spending plan is already unpopular with Republicans and the controversial move to combine both initiatives could derail the entire negotiation process.