NEW YORK (Reuters) – New York State attorney general Letitia James on Wednesday urged the dismissal of Donald Trump's lawsuit seeking to stop her civil probe into him and his family business, where she claims to have found evidence of possible fraud.

In a filing with the U.S. District Court in Albany, New York, James said legal matters in her nearly three-year probe into the former president and the Trump Organization were more appropriately and efficiently handled in ongoing proceedings in a state court in Manhattan.

She accused Trump of waiting to challenge her probe until he was subpoenaed to testify, calling the Dec. 20, 2021 lawsuit a wrongful means to escape a court order in the state case requiring him and his company to honor her subpoenas.

"State-court losers" cannot ask a federal judge to override such orders, James said. "This lawsuit is nothing but a baseless and meritless collateral attack by Donald Trump to stop our legal and legitimate investigation."

Alina Habba, a lawyer for Trump, said in an email: "Once again, Letitia James fails to address her egregious and unethical conduct in her weak response to our complaint."

Trump, a Republican, has accused James of being motivated by partisan animus, calling her probe a "witch hunt" and a "thinly veiled" effort to malign him and his associates.

James, a Democrat, repeated on Wednesday that "no one is above the law." 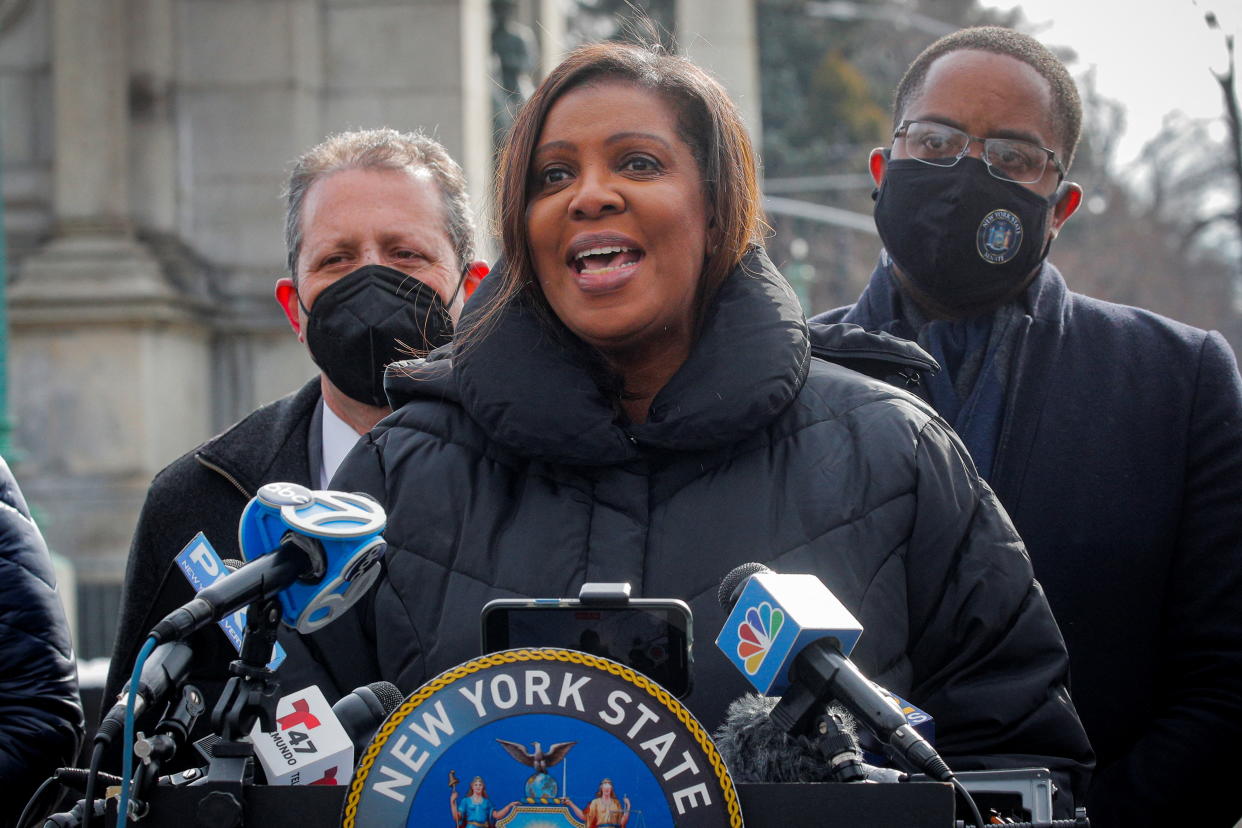 The attorney general has been investigating whether Trump and his company inflated real estate values to obtain bank loans and reduced them to lower tax bills.

On Jan. 18, James said her office uncovered misleading statements about the values of six Trump properties, including golf clubs and Trump's own penthouse in Trump Tower, as well as the "Trump Brand."

She suggested that the use of inflated valuations were "part of a pattern to suggest that Mr. Trump's net worth was higher than it otherwise would have appeared."

She can sue Trump and his company, but cannot file criminal charges because her probe is civil.

Trump has not been criminally charged.