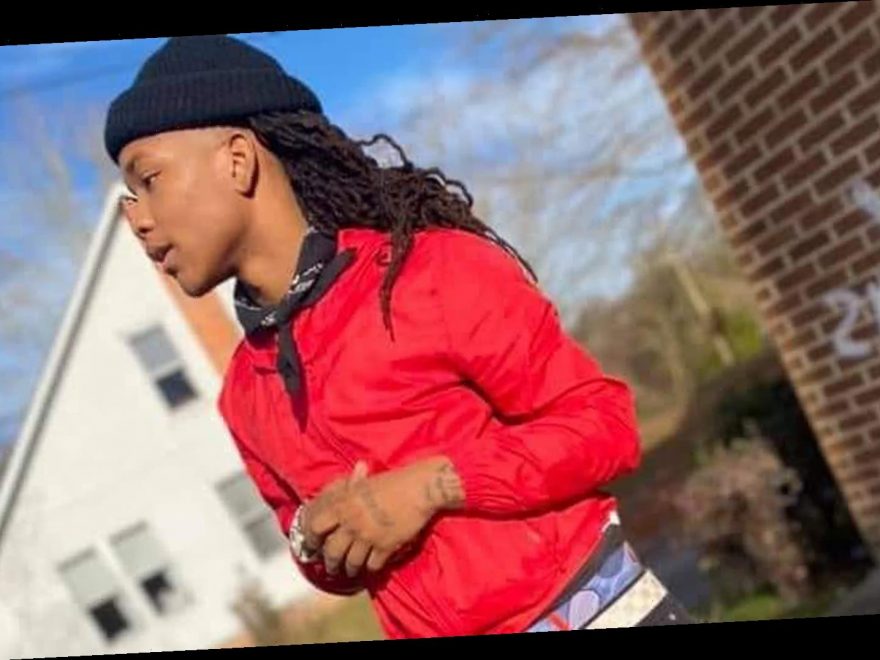 Parents of a slain North Carolina 18-year-old are hailing his actions after they say he shielded a 10-year-old boy from an eruption of gunfire, taking seven bullets himself while the two were seated in the back seat of a car.

The injuries proved fatal to the teen, Al'Tarrek Bell, who died at the scene along with the driver of the car, 25-year-old Sadiel Gonzalez, who was a resident of the apartment complex where the March 27 shooting broke out, say Edgewater Park Township, N.J., police.

"It's heartbreaking but I know my baby died a hero," the teen's mother, Izetta Howell, told the Courier-Post. "I can smile because I know he saved another person."

Police said the boy was uninjured, and that a motive for the shooting remains under investigation while they search for a suspect, according to a news release.

The 10-year-old's mother, Jacqueline Santiago, praised Bell, saying he "put his life on the line to save" her son.

"He shield my son, and made sure he was safe," Santiago wrote on her Facebook page. "I will never ever, forget you!! We will keep your name alive. You always said to me you got him. You will always protect him and you keep your word. You did exactly that, you gave your life to save his. You are your brothers keeper."

The 10-year-old was a relative of Bell's girlfriend. Bell's mother, who lives in Skinnersville, N.C., said her son had traveled to New Jersey with his girlfriend and her family members to visit friends.

"Shielding and protecting him from the flying bullets, he ended up getting shot 7 times and lost his life," Bell's father, Toriano Arthur, wrote in a GoFundMe appeal for donations toward memorial costs. "He lost his life being a Hero."

A separate GoFundMe page was launched on behalf of Howell by Diane Daniels Hill, who described herself as a friend and wrote "no mother should know what it feels like to have to bury their child please pray for her and her family during this horrible time!"

Bell would have celebrated his 19th birthday this month, and after his upcoming graduation from high school he aspired to leave rural Skinnersville, pop. 700, and pursue a career in a bigger city as an entertainer and model, said his mother.

Bell, who had 11 siblings, played drums in a high school band, sang and rapped. "He started writing his music, he started to record," Howell told the Courier-Post. "He was about to do major things."

She told WPVI, "When he would come to school, his smile would light up the whole school. Now, when I walk outside, his smile lights up the sky and that makes me feel good."