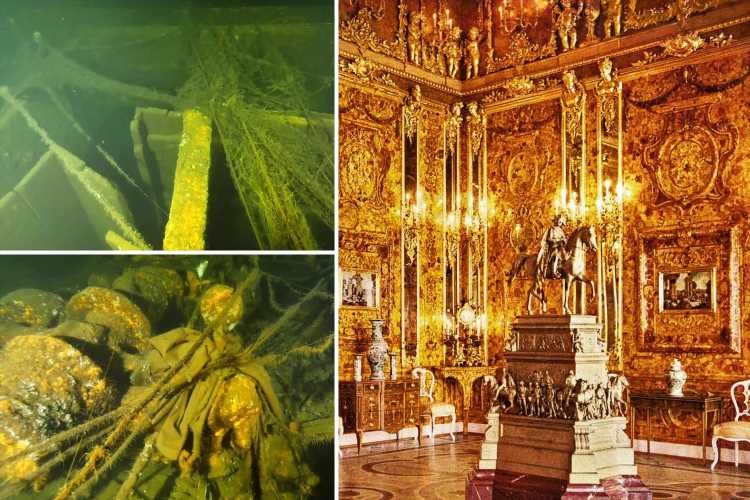 THE mystery of the £250m Amber Room looted by Nazis could finally be solved as divers probe secret crates on a sunken warship.

The seafarers will plunge 88 metres (290ft) below sea-level, enter through an open shaft dubbed "moon pool", and have 30 minutes to examine the boxes with the help of underwater scooters. 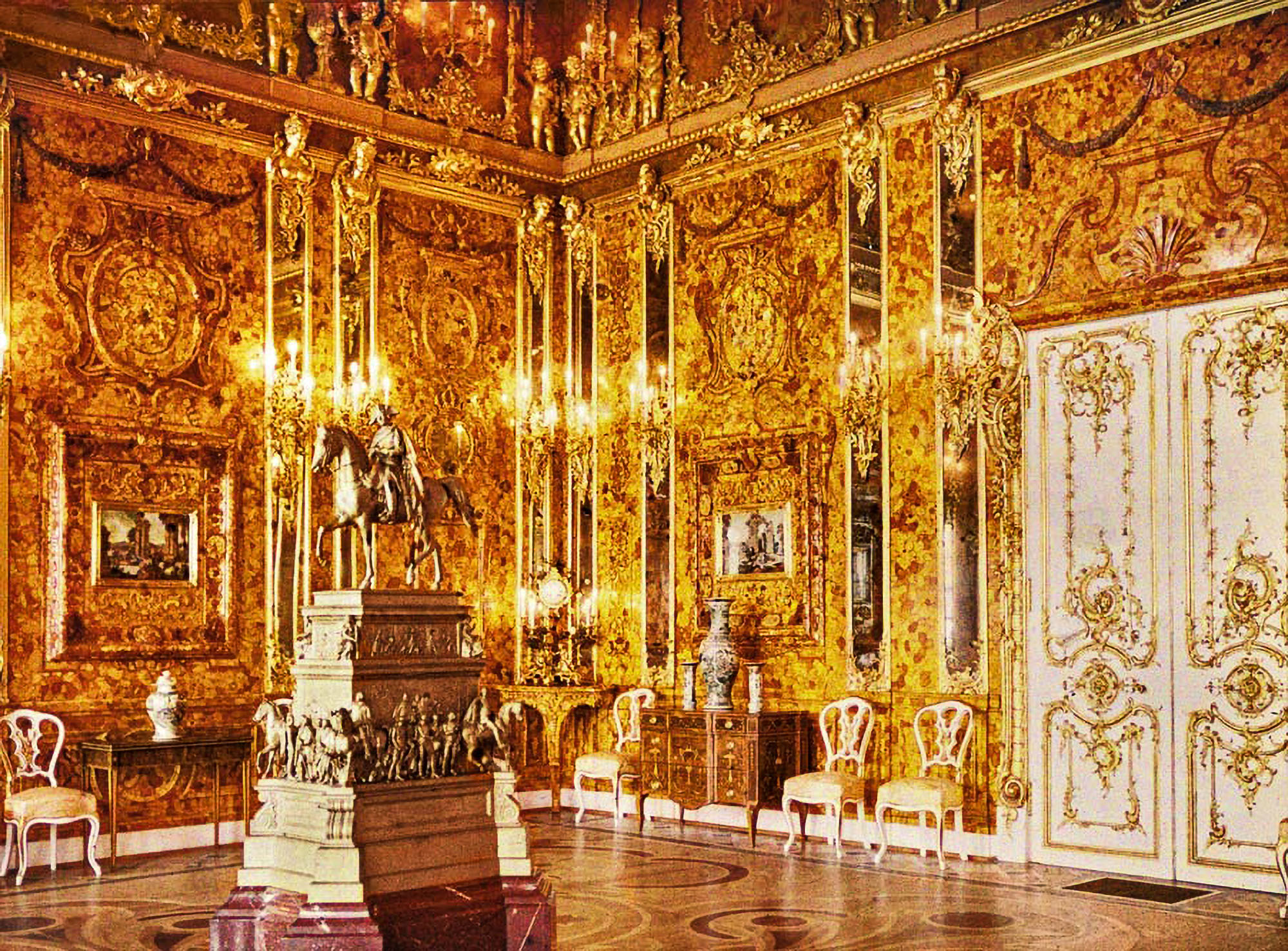 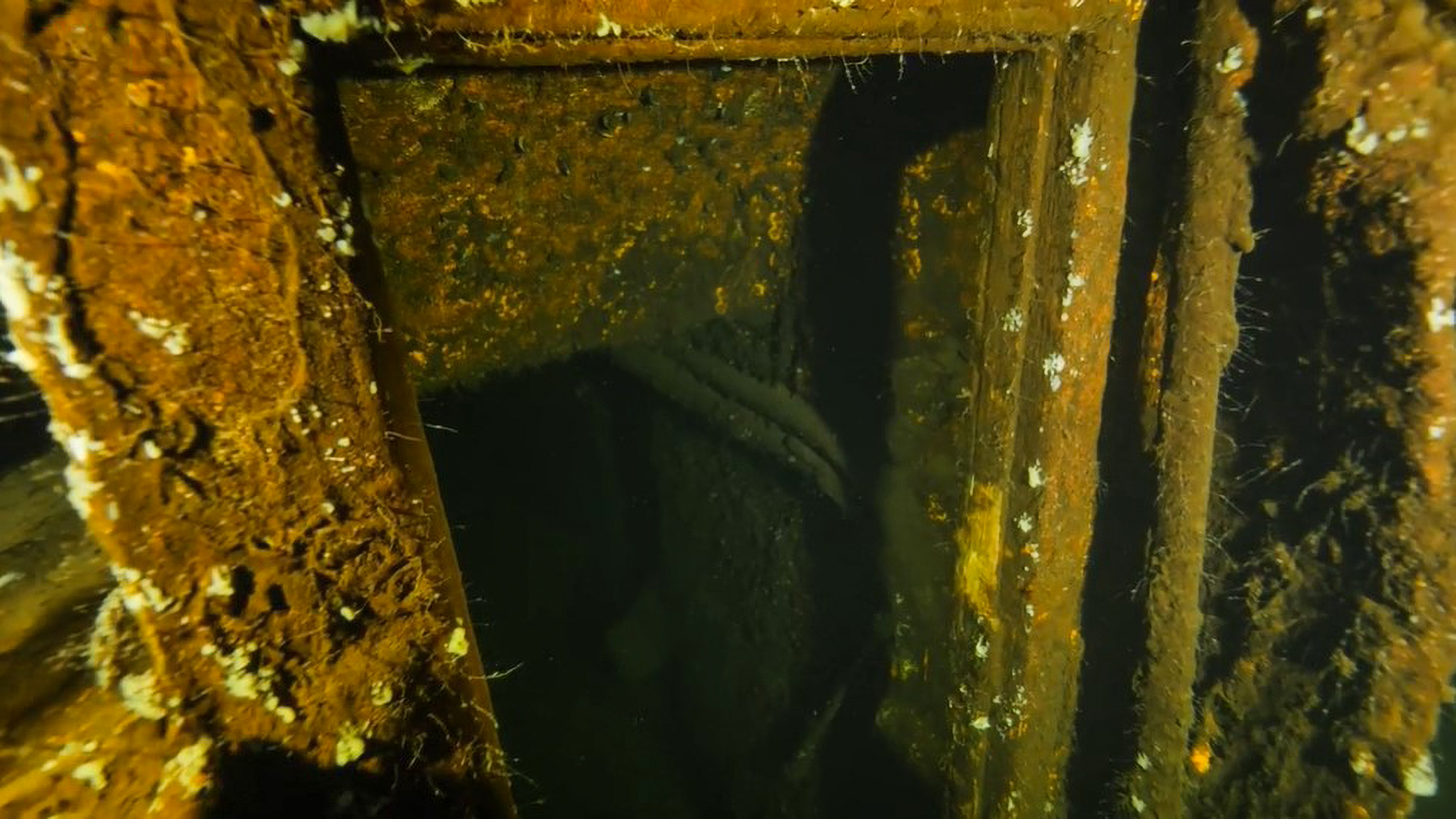 The group is expected to dive several times a day and take two-and-a-half hours to resurface after each attempt.

Tomek Stachura, 56, who's leading the mission told German news site Bild: "I'm not an Amber Room freak but I think there is a one to two percent chance that the room is actually in the numerous locked boxes that we saw during the last dive with robots."

During the last mission, divers found a frame and a rotten painting in a broken box, leading to suggestions there could be more hidden behind other wooden boards.

Klass Weyj, 58, who's leasing his ship the Glomar Vantage to Stachura, told the paper: "I'm assuming a 90 percent chance of finding the room. Otherwise such an effort would not be made here. They already know what they're doing."

And they could be on to something as the ship – known as the Karlsruhe – was found in the same area the Amber Room was last seen.

The Karlsruhe was spotted off the Königsberg coastline – now modern-day Kalinigrad – in April 1945 during Operation Hannibal to evacuate Nazi troops from the Eastern Front. The Amber Room was spotted in the same area a month earlier.

Of the 500 to 1000 ships that evacuated civilians, soldiers and weapons from the Eastern Front during January 1945, 150 were sunk by Soviet submarines and cruisers.

Among them was the Karlsruhe with 1,1000 on board and an unusually heavy cargo.

According to historian Piotr Michalik, 48, the ship was "very heavily loaded with 306 tons, two minesweepers protected it, so it could have been valuable cargo on board".

He added: "Because of the cargo, instead of the other ships in the column of seven, it managed not nine, but only seven knots. So it was an easy target for the Soviets."

There are 12 dives scheduled per day and if the treasure is found, it will be handed over to the Russians.

Strachura found the wreckage in April 2020 and hinted at the time that the discovery may even "provide groundbreaking information on the disappearance of the legendary Amber Chamber."

The fate of the magnificent Amber Room has tantalised generations of treasure hunters and historians.

A gift to Russia’s Peter the Great from the King of Prussia in 1716, it was once considered an eighth wonder of the world.

Some 55 square metres (590 sq ft), it contained over six tonnes of amber resin and gold leaf, worth an estimated £250m today.

In 1941 it was plundered from the Catherine Palace near St Petersburg by the Nazis and taken to Königsberg Castle in what is now Kaliningrad, Russia, and never seen again.

Despite dozens of Indiana Jones-style searches for the treasure across Eastern Europe, its exact location remains a mystery.

In 2017, the Sun Online reported how a trio of treasure hunter claimed they had tracked down the haul to a cave in the Hartenstein hills near Dresden.

Another report claimed the treasure may have been hidden in secret a secret bunker near the Polish town of Wegorzewo. 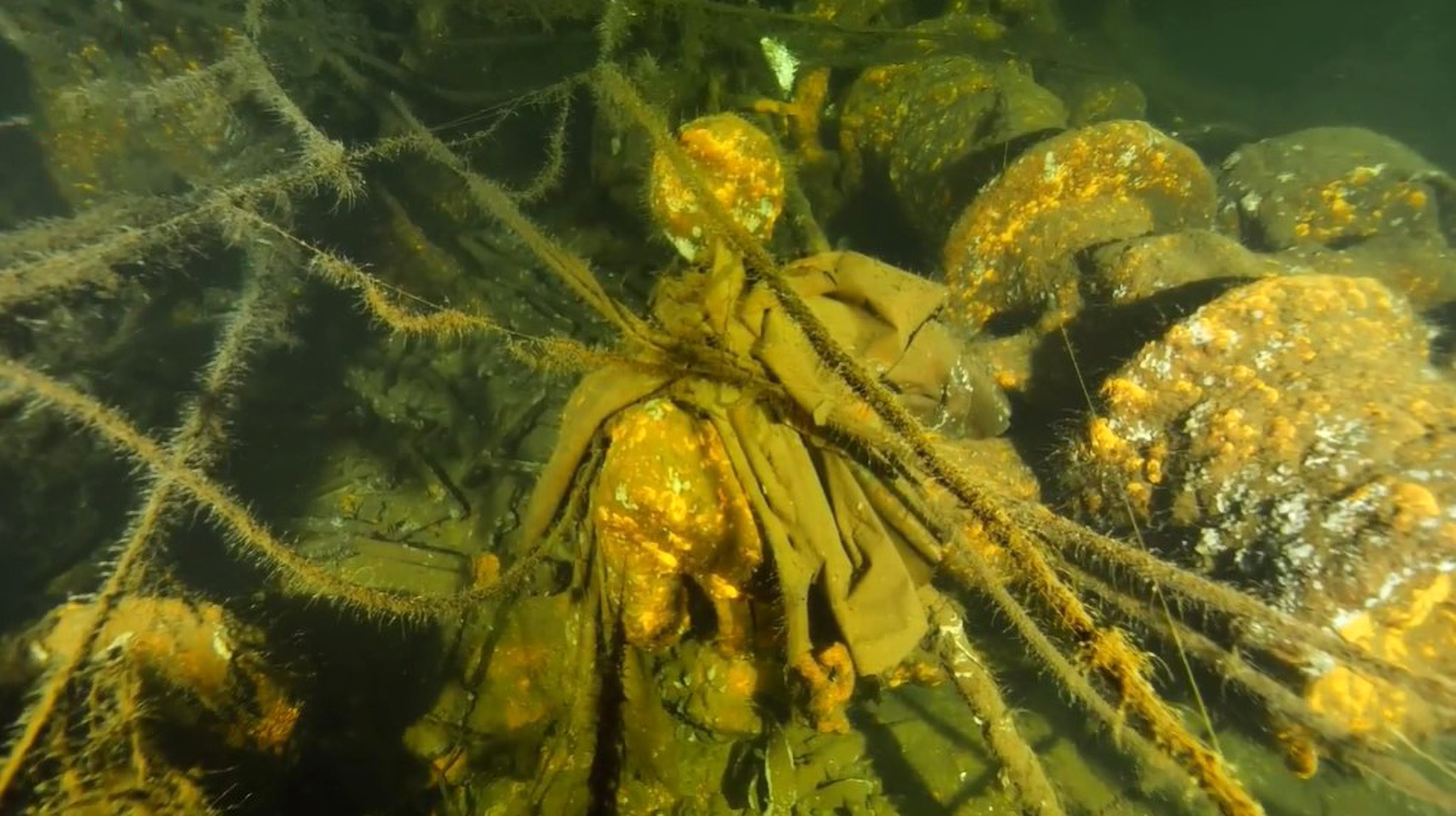 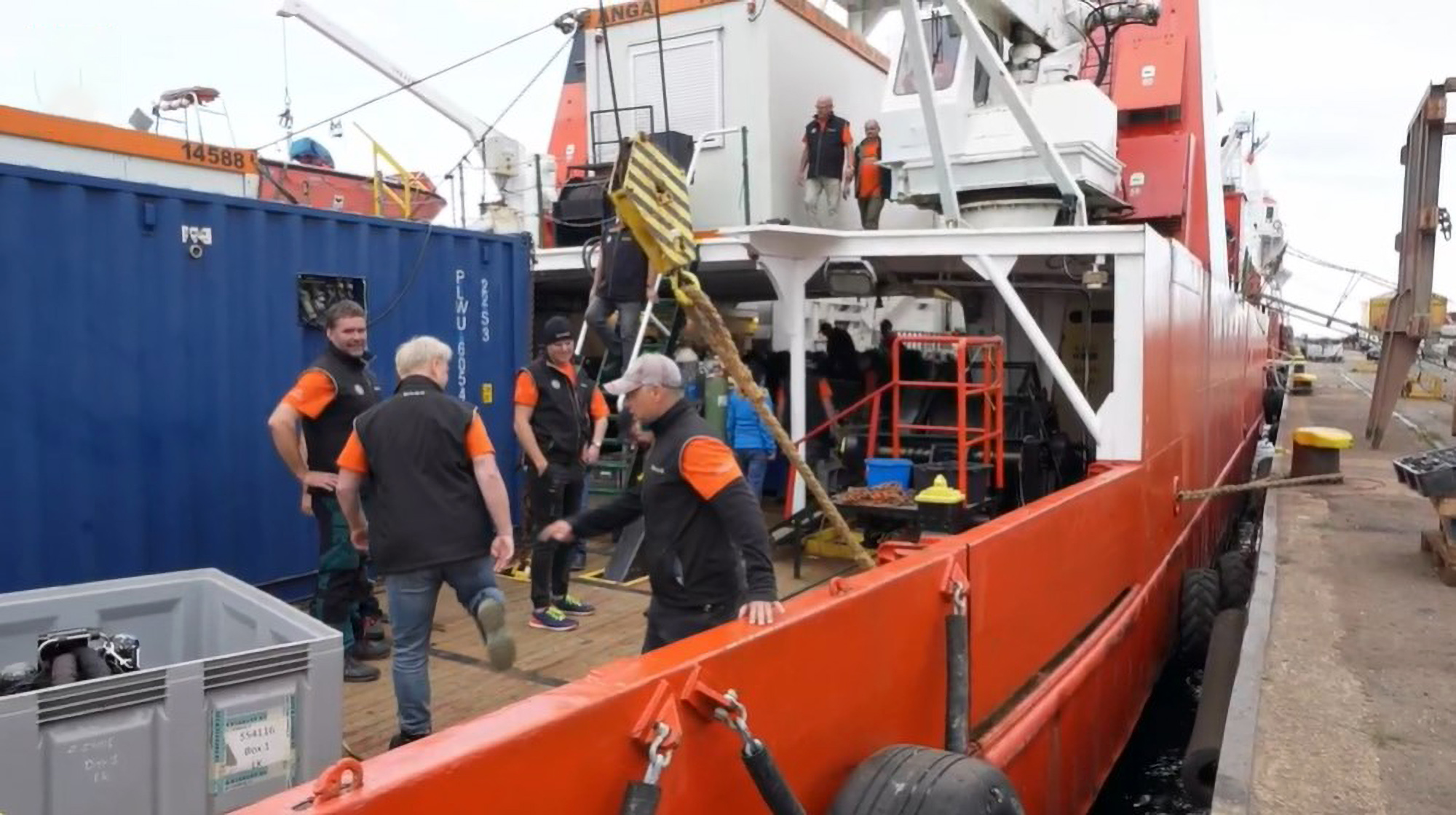 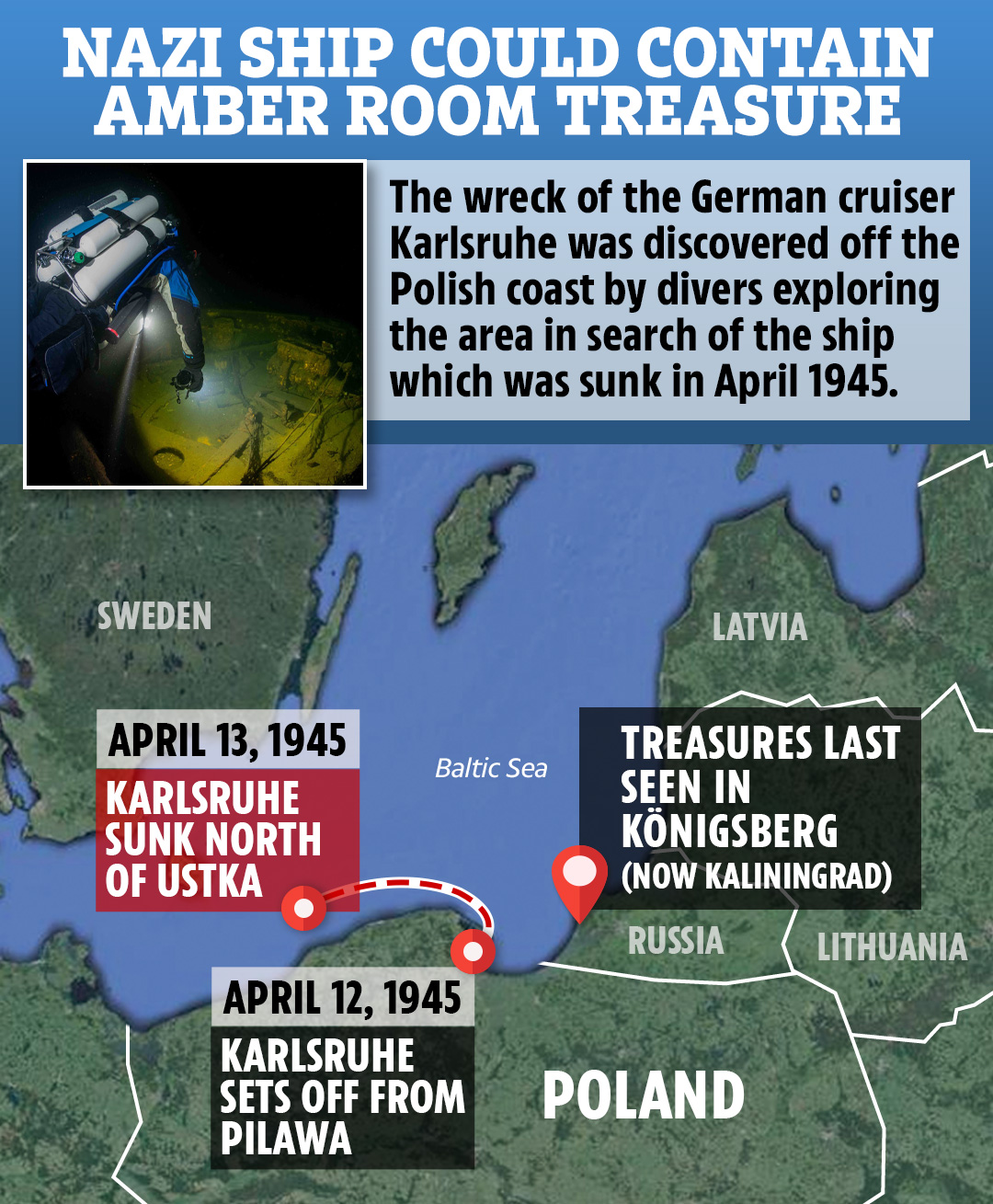