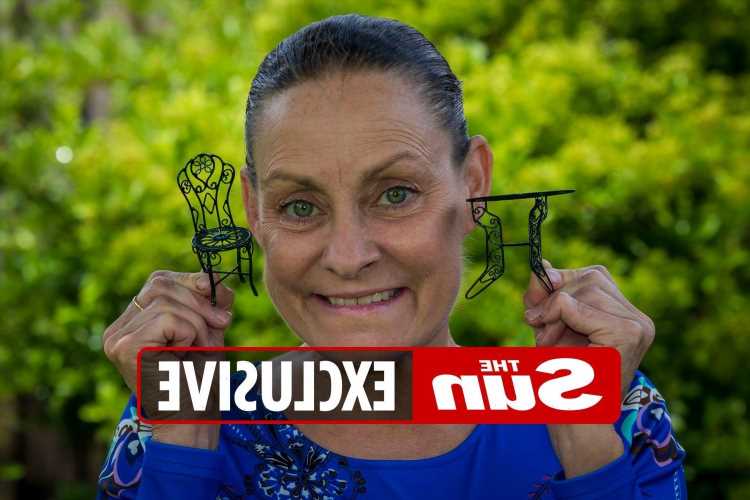 A MUM cleared her patio ready for new garden furniture — only to find her online buy was built for a dolls’ house.

Fleur Webb paid what she thought was a bargain £60 for a table and chairs and planned her summer. 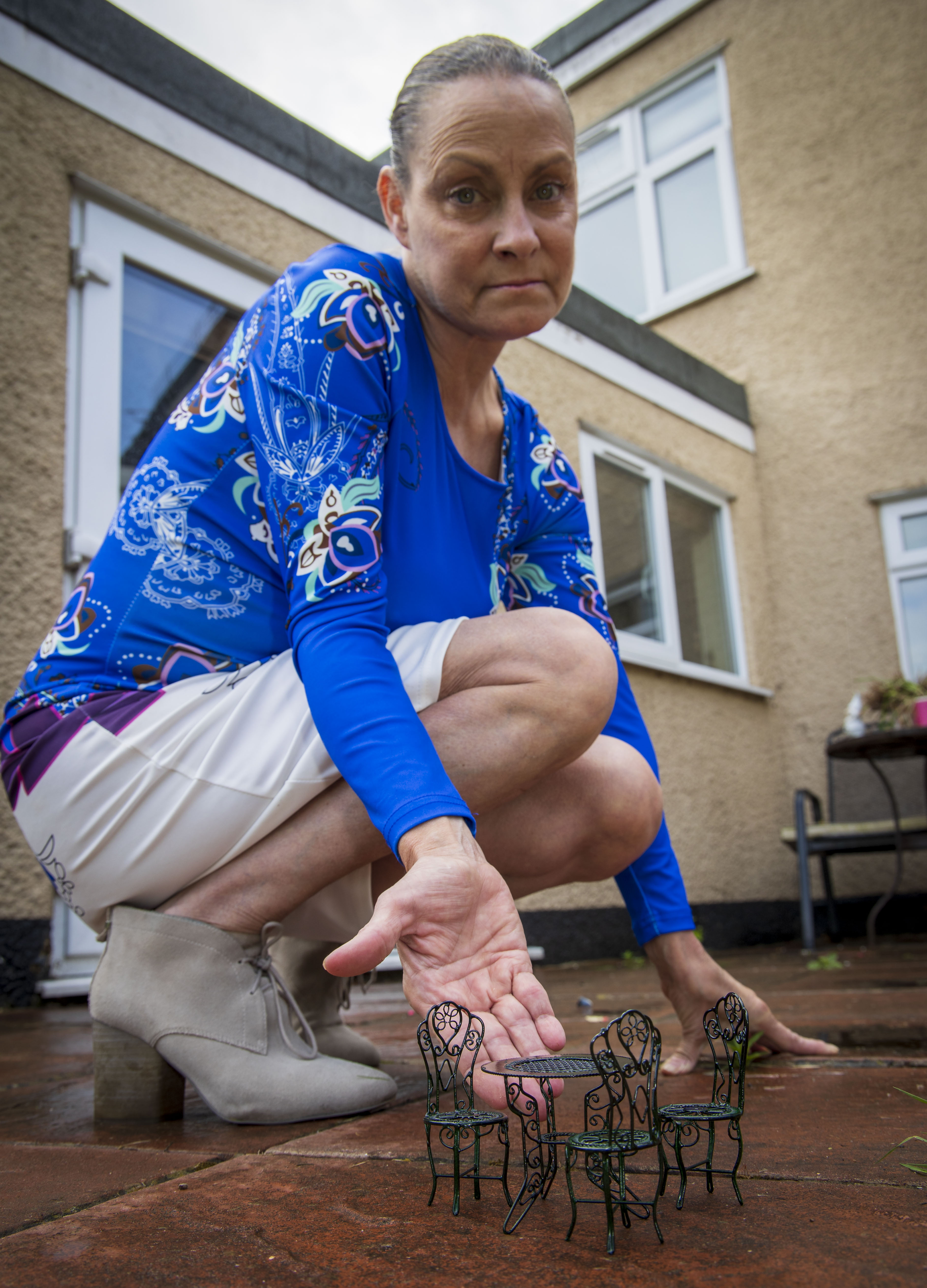 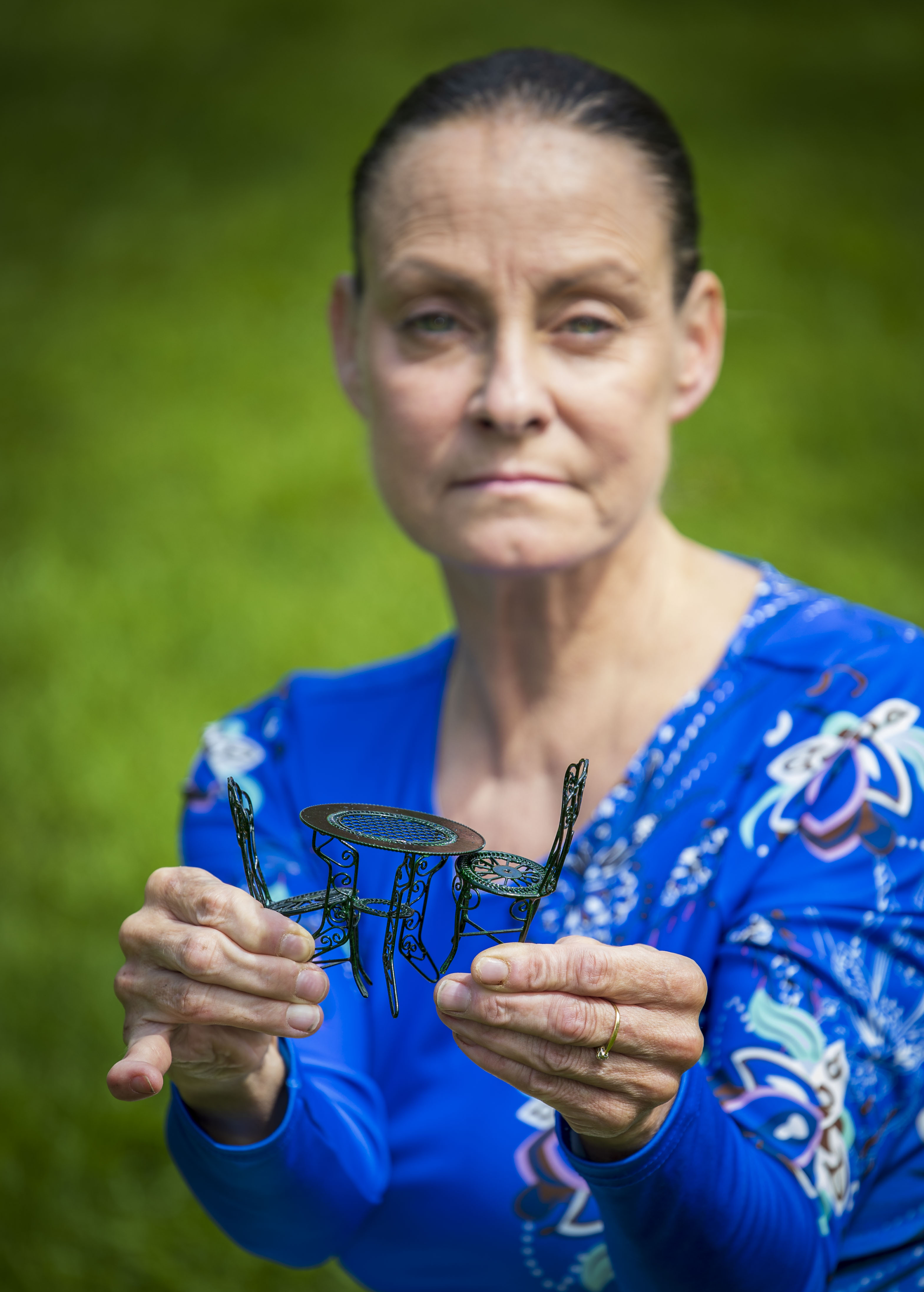 But the 51-year-old’s Amazon order from Germany turned out to be ornate miniature items.

“The advert showed the furniture in a garden surrounded by candles, with champagne resting on the table top. I’ve been swindled.”

When former financial adviser Fleur tried to complain, the company selling the furniture had deleted their online ads.

Fleur, mum to daughters Kaci, 18, and Jena, 16, said: “I’m kicking myself because there were no dimensions on the advert.

“It was a con but I made the mistake of being taken in by the photos. 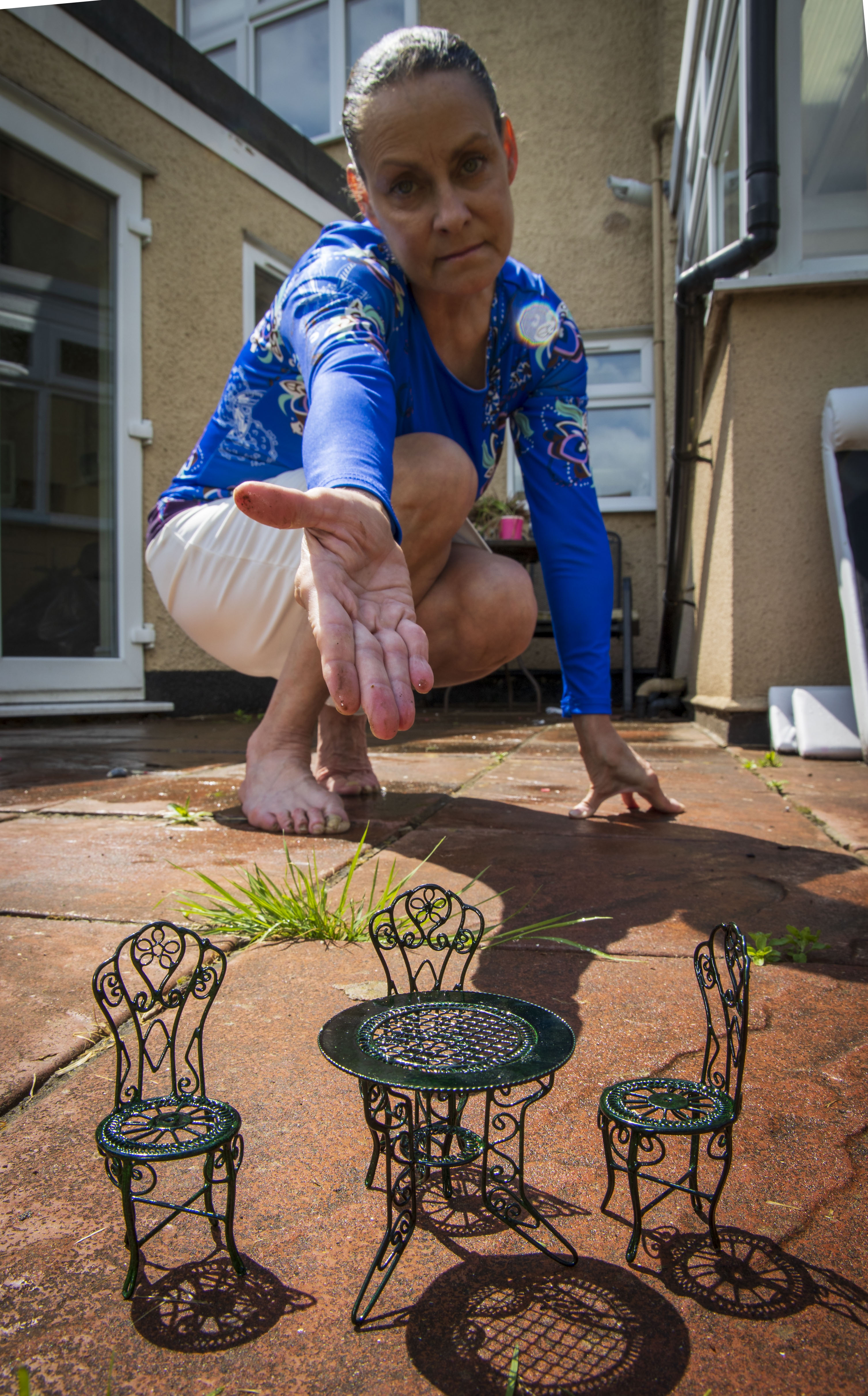 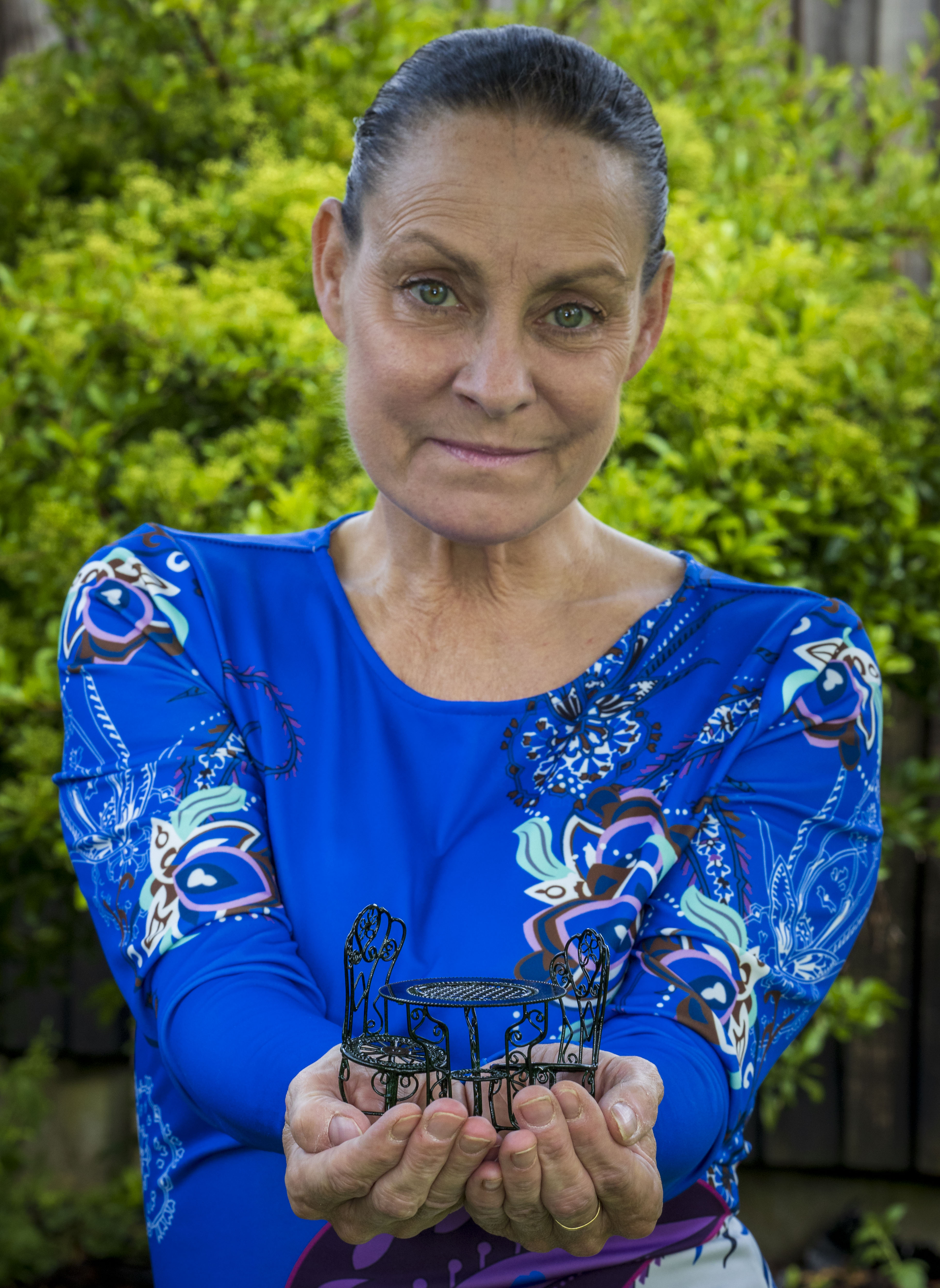 Judo black belt Fleur, of Gidea Park in East London, added: “I can see the funny side.

“I’m not going to squeeze my backside on to those chairs, am I?

“My daughters called me a doughnut and thought it was hilarious.

“My lovely colleagues were in hysterics. No one can believe I fell for it.

“But there is a serious side and I’m speaking out to try to stop other people being taken in.”