A MUM was left fuming when her son's school shoes fell apart after just days of wear.

Mum Dominique Scully bought the pair of shoes for her five-year-old son, Adam. 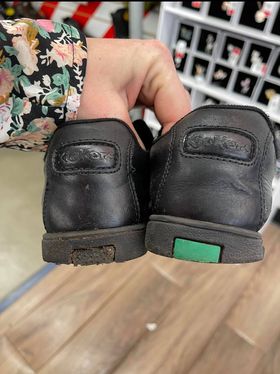 Dominique told Stoke on Trent Live that little Adam's school shoes were left totally scuffed with holes and fraying threads just days after she purchased them for the 2021/22 academic year.

The mum from Newcastle-Under-Lyme, Staffs, explained she had just thrown away a pair of Adam's old school shoes from Clarks a week before the new term, which she said had lasted him all year.

She forked out £74 for two pairs of the Kickers from Wynsors World of shoes in Hanley for her two young sons after spotting them in an ad.

And she said that while she was able to buy her son a new pair, she feared for less well-off parents who might not be able to replace the shoes if they fell apart like Adam's.

Dominique said she has lodged a complaint with retailers Wynsors World of Shoes.

She was allegedly told by Kickers that the dispute was between her and the store.

But the mum said the complaint remains unresolved and the scuffed-up shoes are still in the shop.

The Sun has contacted Wynsors World of Shoes and Kickers for comment. 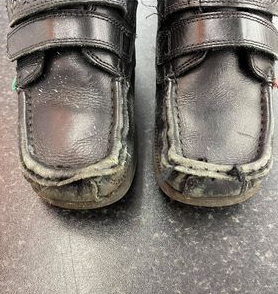