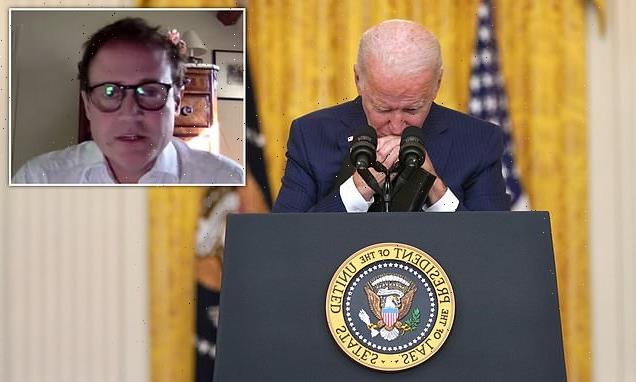 ‘This is what defeat looks like’: MPs’ fury at ‘out of his depth’ Joe Biden as they warn the UK could face ‘biggest hostage crisis it has ever seen’ as Kabul evacuation mission draws to a close with 1,000 eligible Afghans left behind

MPs have slammed Joe Biden’s handling of the withdrawal from Afghanistan as they told the US President: ‘This is what defeat looks like.’

Britain’s evacuation effort in Kabul has entered its final hours, with Mr Biden facing growing criticism over his decision to stick to his August 31 exit deadline.

Ministers have admitted approximately 1,000 Afghans who are eligible to be brought to Britain could be left behind amid fears they will be targeted for reprisals by the Taliban.

MPs have now warned Britain could face the ‘biggest hostage crisis’ in its history as they demanded the Government deliver on its promises to protect people who helped the UK forces during the conflict.

Some have called for the Government to adopt an ‘open door’ policy for any eligible people who manage to escape to the countries surrounding Afghanistan.

Senior Tories said Mr Biden’s conduct has been ‘completely disastrous’, claiming that the US President is either ‘past it or out of his depth’.

Labour MPs said Mr Biden’s decision to reject calls from the UK and other NATO allies to extend the withdrawal has left Britain at a foreign policy ‘crossroads’, with the Special Relationship seemingly not as strong as it once was.

Meanwhile, Labour leader Sir Keir Starmer said the Government ‘must take its fair share of the responsibility and has serious questions to answer’ about why so many people have been left behind.

It came as Foreign Secretary Dominic Raab announced that two British nationals and the child of another British national were killed by yesterday’s terror attack outside Kabul airport, with two more injured. 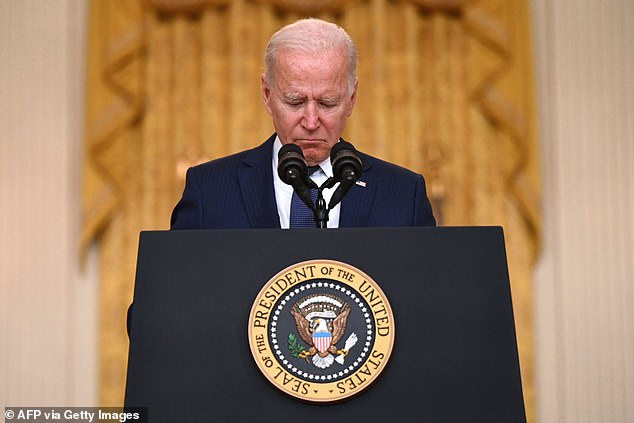 MPs have slammed Joe Biden’s handling of the withdrawal from Afghanistan as they told the US President: ‘This is what defeat looks like.’

Defence Secretary Ben Wallace said this morning that the UK’s evacuation effort had now largely ended processing new evacuees and the airlifts had a ‘matter of hours’ left.

He said flights remained ongoing and insisted the mission had not been curtailed by the terror attack that killed US troops and civilians queuing up to flee the Taliban.

Despite airlifting nearly 14,000 people out of Afghanistan in the past two weeks, Mr Wallace said ‘the sad fact is not every single one will get out’.

Mr Wallace said the RAF has rescued ‘double’ the number of Afghan nationals who supported the British effort in Afghanistan compared to what had been predicted, with the figure under the Afghan relocations and assistance policy (Arap) expected to hit 10,000 on Friday.

But hundreds will be left behind, with Mr Wallace telling LBC Radio: ‘We think there will be circa between 800 and 1,100 Arap that didn’t make it.’

Mr Biden said last night that the US’s airlift operation would ‘not be deterred by terrorists’.

The US President is facing mounting criticism from MPs over his handling of the withdrawal.

Tom Tugendhat, the Tory chairman of the Foreign Affairs Select Committee, told Sky News: ‘There is a possibility we may find ourselves with the biggest hostage crisis the UK has ever seen.

‘Over 3,000 entitled people were said to be in Afghanistan at the beginning of this process, I don’t know how many it is now.’

Mr Tugendhat said the situation in Afghanistan ‘is not a military defeat’ but the result of a ‘political decision… very unwisely made in the White House’.

He urged ministers to do everything they can to help those Afghans who have been left behind. 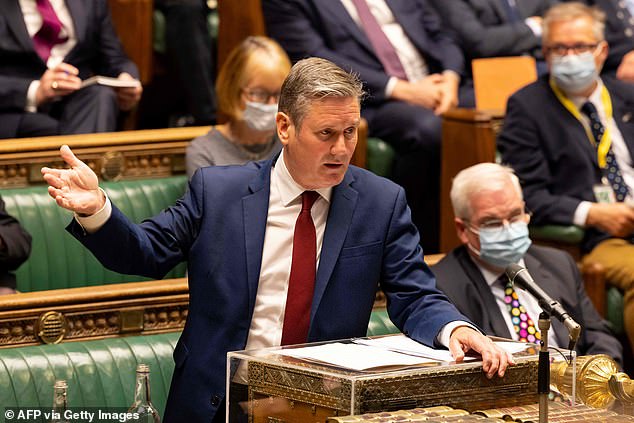 Sir Keir Starmer, the Labour leader, said the British Government has ‘serious questions to answer’ about why so many Afghan citizens who are eligible to come to the UK have been left behind in Kabul

He said: ‘Those who stood up for us deserve the protection that they are entitled to expect because we promised it.’

Sir Keir said the airlift operation has been a ‘remarkable effort in unimaginably difficult circumstances’.

‘However, with the withdrawal we face the heart-breaking reality that people have been left behind, including many to whom we owe so much,’ he said.

‘The British Government must take its fair share of the responsibility and has serious questions to answer about how, despite having 18 months to prepare, their failure to plan and inability to influence others has contributed to this tragic political failure.’

A senior Tory MP said Mr Biden’s handling of the withdrawal had been ‘completely disastrous’.

They said: ‘He gives every impression of either being past it or out of his depth. Trump started this process and he had his faults but I don’t think Trump would have handled this as ineptly as Biden has.

‘He has managed to alienate his NATO allies and really the whole exercise is appalling.

‘It is probably the most worrying thing to happen to the NATO alliance since it was first implemented.’ 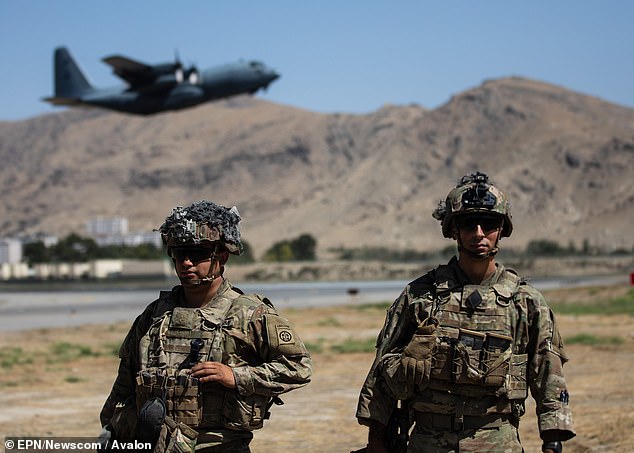 The UK evacuation effort in Kabul is now entering its final hours. US soldiers from the XVIII Airborne Corps are pictured in position guarding the airport today

A Labour MP said the manner of the US withdrawal has left the UK at a ‘crossroads’.

The MP said the UK must now accelerate its work with the countries surrounding Afghanistan to ensure citizens who escape can be helped as they argued Britain should adopt an ‘open door’ policy to welcoming those eligible who make it out.