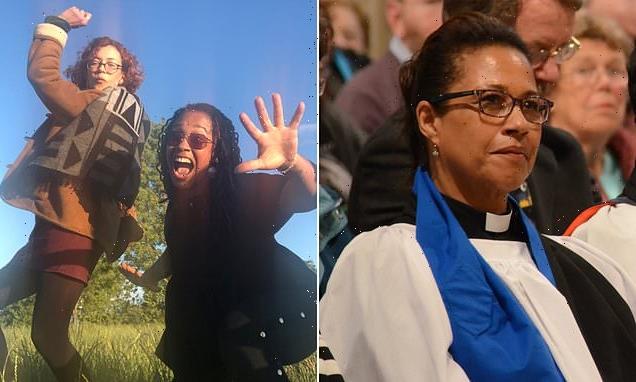 A heartbroken mother of two sisters who were tragically stabbed to death in a park says Sarah Everard’s death takes her back to the ‘pain’ of her girl’s final moments that were spent in ‘absolute terror’.

Wilhelmina Smallman’s two daughters Bibaa Henry, 46 and Nicole Smallman, 27, were killed last June in Fryent Country Park in Wembley, north London by Danyal Hussein, 19, who had pledged to make human sacrifices in a twisted deal with the devil.

It was revealed the killer had made a pact with Satan to win the lottery, signing a hand-written contract in his own blood.

The sisters had been out celebrating Bibaa’s birthday that evening and had planned to ‘dance in the dark with fairy lights,’ their mum said, but tragically their bodies were later discovered.

Known as Mina, Mrs Smallman said Sarah Everard’s mother’s devastating victim impact statement, which was read out before the sentencing of former Met Police officer Wayne Couzens last week, took her and her husband, Chris ‘back’ to their court case. 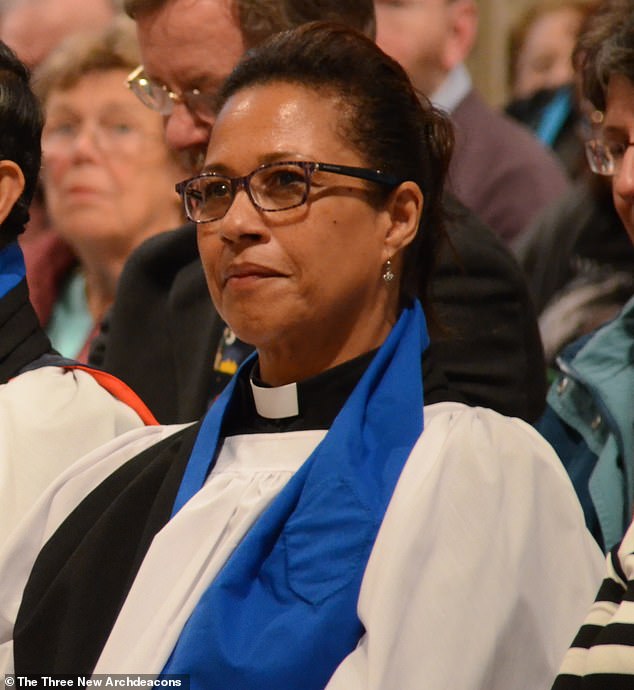 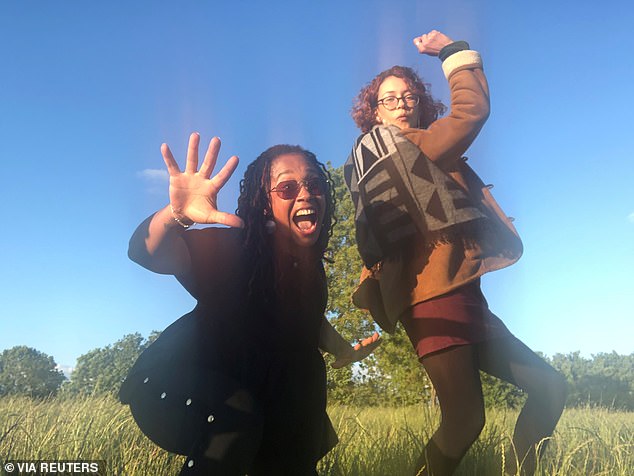 Bibaa Henry, 46, (Left) and Nicole Smallman, 27, (Right) were stabbed to death in Fryent Country Park in Wembley, north London by Danyal Hussein, 19, who had pledged to make human sacrifices in a twisted deal with the devil

The 64-year-old, who is a former archdeacon of Southend, told BBC Radio 4’s Woman’s Hour that her daughters and Sarah Everard’s killers couldn’t have viewed their victims as ‘human’.

She said: ‘Whatever Couzens was thinking, whatever Hussein was thinking – they weren’t thinking that our girls were human.

‘They lost their humanity, otherwise they never could have done what they did to their victims.’

She said the murder of her and Susan Everard’s girls was ‘horrific,’ adding: ‘I hope at some point I get an opportunity to meet with Sarah’s parents, because we’re such a really small and select group of individuals.

‘No one expects to outlive their children. There is something different about your children being murdered, and knowing that their last few moments of life they spent in absolute terror.’ 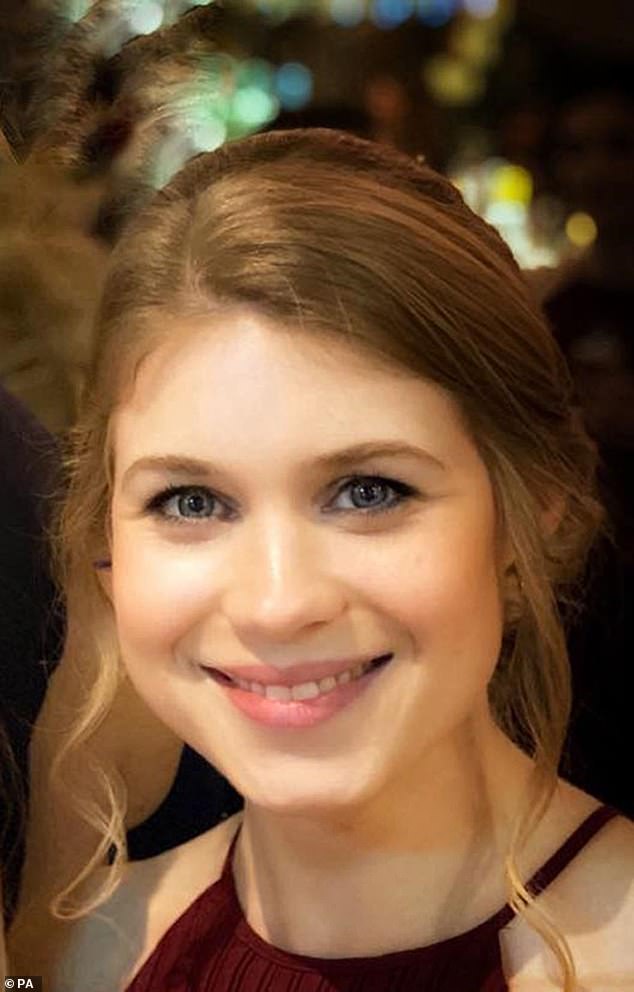 Policeman killer Wayne Couzens was jailed for life last week for the abduction, rape and murder of Sarah Everard, 33 (Pictured)

She added one of Bibaa’s close friends – who had been out celebrating with the girls – has since been diagnosed with PTSD as she is wracked with guilt for leaving them on their own in the park that night.

Mrs Smallman said she knows Wayne Couzen’s sentencing – a rare whole life order for the sick crime – is not a ‘victory,’ but would like Sarah’s mother, Susan, to know that she thinks of her.

She said: ‘I just want to say that I think of her often, of her mum. And don’t suffer in silence because there comes the time when everybody else has to get on with their lives.

‘I know all the parents who have lost children, as we have, you’re in our thoughts and our prayers.’

Mrs Smallman, who retired in 2016 as the former archdeacon of Southend, in the diocese of Chelmsford, spoke about her ‘amazing,’ ‘gentle’ and ‘fiery’ daughters on BBC Radio 4’s Woman’s Hour.

She said: ‘It’s the only opportunity you get to share what you feel. I think it’s very valuable, but it also is an opportunity for you to reflect on that journey.’

In a sickening blow, two Met Police officers guarding the scene are alleged to have taken sick selfies with them.

Pc Deniz Jaffer, 47, and Pc Jamie Lewis, 32, have both been charged with misconduct in a public office and are awaiting trial.

Describing her daughters as ‘amazing,’ Mrs Smallman said she and her family ‘can’t move on’ until Danyal Hussein is sentenced later this month.

The date of his sentencing is the same day of Bibaa and Nicole’s other sister’s birthday and one day before Mrs Smallman’s birthday.

and Sabina Nessa – a 28-year-old teacher living in southeast London – Mina insisted that the responsibility should not be placed on victims to keep safe.

She explained that UK society needs to do more to hold men to account, adding: ‘We are part of the problem.

‘We have given permission for things to accelerate to the point where we have someone who is a police officer who feels able to do what he did.’

But the mum said she was ‘balanced’ in her trust of police, in spite of the alleged betrayal of two officers entrusted to watch over her daughters’ crime scene.

Mina explained how one hero Met officer investigating Nicole and Bibaa’s murders had spent a week trawling through rubbish to find blankets and pillows drenched in blood – and Danyal Hussein’s DNA – that their killer had mercilessly chucked into a nearby bin.

She said: ‘That’s the right police. They are good people.’

Mina added it was the ‘cover-up’ nature within some forces that was garnering so much public distrust.

The mum also told how two of her nieces, who are senior officers within the Met, had actually been reconsidering their careers following the harrowing revelation about cops taking pictures of their dead cousins’ bodies.

‘I said to them, it’s always the good people who take on the guilt and the shame,’ Mina said.

‘You know it’s not people like you who need to leave the police force.

‘We need to out those who are a disgrace.’

Mrs Smallman was the C of E’s first female archdeacon from a minority ethnic background and was described as a ‘pioneer’ and ‘role model.’

Following news of the deaths, acting Bishop of Chelmsford, Rt Revd Peter Hill said in a statement: ‘We are devastated to hear of the tragic deaths of Nicole Smallman and Bibaa Henry in North London at the weekend.

‘Nicole and Bibaa were the daughters of our former Archdeacon and good friend Mina Smallman. This is heart breaking news and the thoughts and prayers of everyone at Chelmsford Diocese are with Mina and her family.

‘We ask that their privacy is respected and for everyone’s prayers at this most difficult of times.’