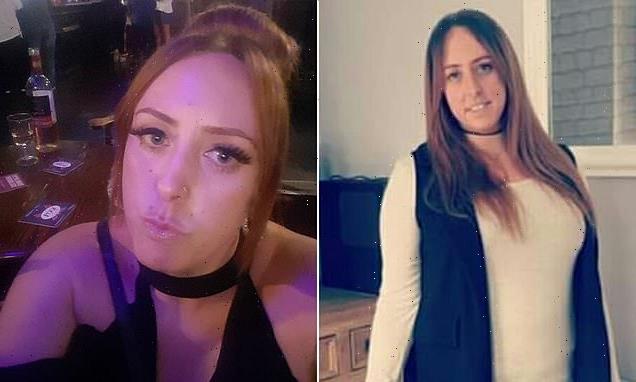 A mother-of-two died after downing vodka shots and snorting cocaine during an eight-hour binge at a friend’s house party, an inquest has heard.

Zoe Whelan, 30, was found dead on the floor at Lynsey McDonald’s home in Stockport, Greater Manchester, on December 4 last year.

Tests showed Ms Whelan, who had traces of her cocaine in her system, would have been more than four times the alcohol limit for driving.

Police arrested the party host, Ms McDonald, over the tragedy but it is not known whether any further action has been taken against her.

At an inquest in Stockport, the coroner recorded a conclusion of drink-and-drug-related death, saying Ms Whelan suffered from ‘cardio-respiratory depression’ caused by alcohol combined with cocaine and the anti-anxiety drug Pregabalin.

Ms Whelan’s father Lewis Wells told the hearing: ‘She was a bubbly girl who was very active. She loved her horses and would often take her two children to the stables. 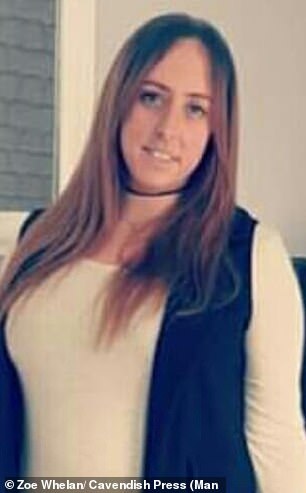 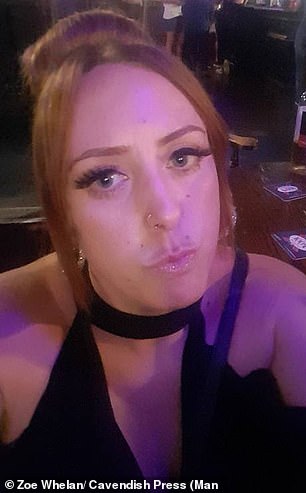 ‘She was very caring. I miss her so much, it has broken my heart. I will never forget her.’

He added: ‘I saw her every day of her life. I did everything for her. She was making plans for Christmas and had already bought some of the children’s presents.

‘Bringing up two children on her own was very demanding for her, but she coped.’

The tragedy occurred after Ms Whelan first went to the home of Ms McDonald where she met another friend Gemma Smith and others.

Ms McDonald told the hearing: ‘I had friends and family over at my house as it was my sisters birthday. Zoe came to mine around 6.30pm but the party was interrupted by the police attending at around 10.30pm.

‘Zoe said she was going home but she didn’t and in the early hours of the morning, we had a drunken video call around 1.30am from Gemma.

‘They wanted me to go around but I couldn’t as my children were in bed. She did not take any drugs at mine, I did not see her take any. There was Gemma and then two other guys who arrived as the police told people to leave.

‘She said she was going home but when on video call, she was at Gemma’s.’

Ms Smith said: ‘People were allowed to help themselves and Zoe helped herself. We had cocaine on the side, we only had a few lines and Zoe asked for it. 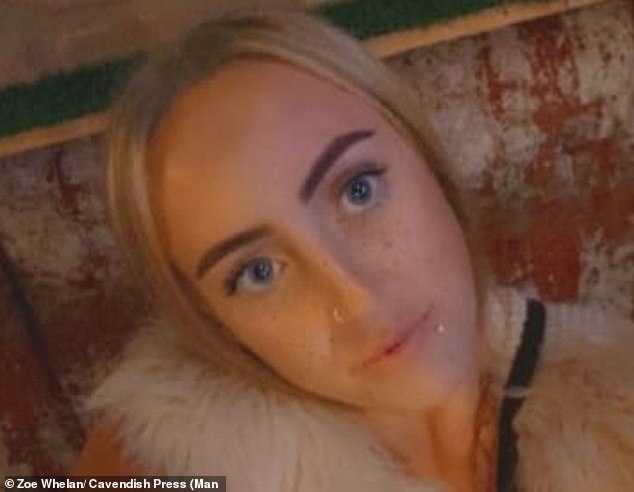 Ms Whelan’s father Lewis Wells said: ‘She was a bubbly girl who was very active. She loved her horses and would often take her two children to the stables’ (pictured: Ms Whelan)

‘I didn’t think it was right how intoxicated she was and she was not asking to go home. Instead she staggered up the stairs and we just put her in bed. I walked her upstairs with someone, I cannot remember whom. We just laid her on top of the covers. I cannot remember the position she was in.’

She continued: ‘I then went back downstairs then and had a few more drinks and carried on chatting. I regretted not going to check on Zoe and I didn’t realise what had happened until one of the guys shouted from upstairs to come up.

‘She was not responsive when I went upstairs. I called the ambulance and they advised to start chest compressions. No one else went to check on her that I am aware of. When we found her dead we rang the ambulance straight away. I wasn’t aware she had been unwell. I am broken.’ 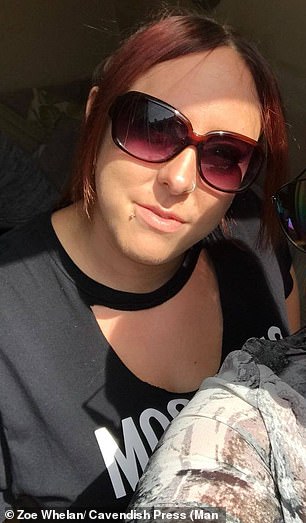 At an inquest in Stockport, the coroner recorded a conclusion of drink-and-drug-related death, saying Ms Whelan (above) suffered from ‘cardio-respiratory depression’

Another guest, former lifeguard Ashley Rigby, said: ‘I was 5/10 drunk but Zoe was 10/10 drunk and she couldn’t stand up. She was the most drunk I have ever ever seen anyone in my life. Her speech was slurred. Gemma was 7/10 drunk.’

Toxicology tests showed Zoe had 336 micrograms (mg) of alcohol in her blood stream. The alcohol limit in blood for driving is 80mg. She had also had traces of cocaine, Pregabalin and cannabis in her system.

Detective Inspector Rebecca Mills of Greater Manchester Police told the inquest: ‘Heavy drinking had been going on and three small snap bags of empty cocaine powder were found which had been disbarred and consumed. Zopiclone tablets we’re found in Zoe’s pocket but had not been consumed.

‘In Gemma’s bag there was unused snapbags. Class A drugs and alcohol had been consumed on the premises. Gemma was arrested because I was concerned she had supplied Class A drugs which could have caused her death.

‘The two males were not arrested. I am satisfied there was no suspicious circumstances – I pass on my condolences to Zoe’s parents.’

Coroner Lauren Costello said: ‘I am satisfied Gemma and Zoe were drinking heavily with spirits in high volume.

‘Zoe was very intoxicated, she was slurring her words and unable to stand up. A decision was made for her to stop drinking and she was helped up to bed. I am satisfied all parties had consumed alcohol which has significantly impacted there recollection of what happened.

‘Three empty snap-bags of cocaine were found at the premises and it was clear Zoe had taken cocaine. She was also 4x the legal limit for driving from alcohol.

‘I am satisfied the alcohol combined with the cocaine and pregabalin caused her to suffer cardio-respiratory depression. I am also satisfied she took the drugs on her own accord.

‘I am so sorry and I send my condolences to the family and friends to Zoe who was a wonderful mother and friend.’