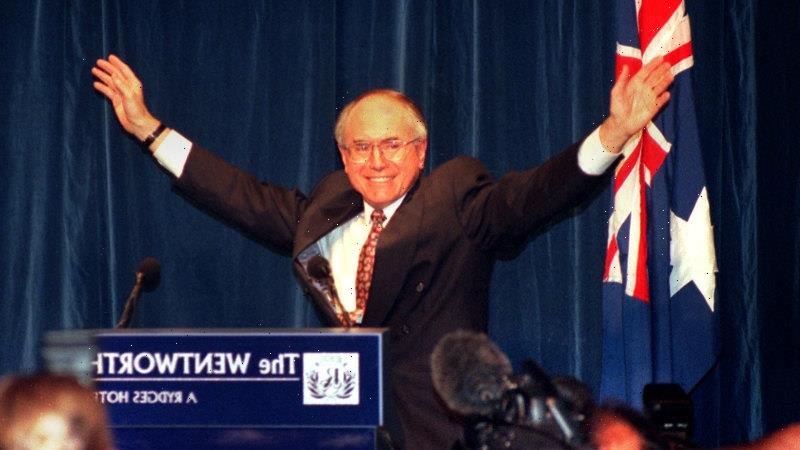 As the results rolled in it was difficult to grasp: the Liberals of the 2020s, eerily like the Soviet communists of the 1980s, were suddenly an anachronism. Like the Politburo, they too had become entrapped within their fervent ideologies and grown so distant from reality that they lost the moral legitimacy to govern. Power was now haemorrhaging away in a death agony of lost seats.

Morrison was widely credited as the architect of this annihilation. But perhaps he was no more than the sinister final act of a larger story that began decades earlier when John Howard was elected prime minister in 1996. 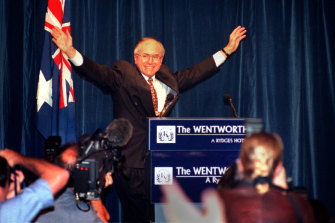 Of all Australian prime ministers, it is Howard who can rightly claim to be the most transformative, reshaping the nation so completely that, other than a Labor interregnum of six years, it has been conservative governments largely in his image ever since. Every issue that defined Morrison’s downfall had deep roots in Howard’s prime ministership.

It was Howard, after all, who from 1996 on campaigned internationally against binding global carbon emission reduction targets. His reasoning for doing so, he told cabinet in 1997, was that Australia was “a major exporter of energy”. His advocacy to key world leaders, cabinet papers reveal, proved “influential”. And so, we led the world backwards.

He similarly turned back a historic tide of national progress on everything from the republic to reconciliation, refused to even use the word multiculturalism in his early years of prime ministership, and set the dogs of xenophobia onto Australian politics, transforming refugees into a threatening invasion force.

He revelled in fomenting culture wars while gutting institutions and corroding civil society, attacking it whenever it stood up for the environment, the rights of citizens, workers, or of the weakest. He purged the Liberal Party of what were then called wets, the moderates of the day, paving the way for the far-right fundamentalist clique it has now become.

His success lay in speaking to what was smallest and worst in Australia’s breast: fear, greed, apathy and racism. It was a template for all that followed.

Howardism was to be taken up with a new aggression and misogyny by his self-declared love child, Tony Abbott; continued, despite his postpartum revisions, by Malcolm Turnbull; until there came its final decadent phase: the Morrison government, a rabble characterised by sleaze, scandal and self-interest.

By then, Howardism resembled a degenerative disease. What once had been merely cynical gestures to win votes or wedge opponents had transformed into a terminal cancer of mystical doctrine. They had come to believe their own baseless babble, and they did not get that harassment in the workplace was not part of the culture wars but lived experience. So too human-induced fires, floods and cyclones. They never realised that their ideology did not stand the test of reality: whether it be rain or flame or allegedly being raped metres away from the prime minister’s office. 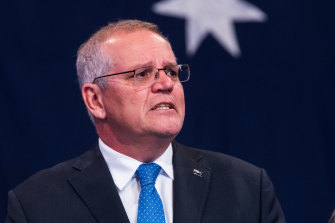 It was widely noted that they didn’t get women, though, as Samantha Maiden noted, it was women who finally got them. At root, the problem was that they didn’t get people: not the old, who were left to die unnecessary, wretched deaths while they went to the cricket. Not anyone under 40 who would never own a home, nor the trans kids they damaged or the poor they may have driven to suicide with the illegal and evil “robodebt”, wasting nearly $2 billion of our money in the service of persecution.

They didn’t get kindness or decency, that the suffering in the theatres of cruelty they called border defence not only distressed but shamed many Australians. They didn’t get that their ceaseless rorting and corruption offended people who built lives around trust and honesty.

While our artists were loathed, our scientists belittled, and our journalists pursued by a politicised federal police for exposing alleged war crimes, party hacks and corporate drones were routinely rewarded with sinecures and board seats and the bling of yet another Order of Australia, a currency now more debased than the Iranian rial.

And as though it were the play within the play, Andrew Hastie, rising star of the Liberal Party, described a recognisable moral hell in recent testimony to the Ben Roberts-Smith trial.

Confirming comments he had made to journalists about being a SAS soldier in Afghanistan, Hastie said: “There were days where I felt it was a closed universe, where you can make up your own morality on the grounds you wanted to and it was a dark and haunting and incredibly unnatural feeling”.

Invoking Joseph Conrad’s Heart of Darkness, famously about a man’s descent into murderous tyranny, he said, “some guys went up the Congo.” Hastie spoke of dreams he’d since had where “we have killed one of our own guys and covered it up”. He said it spoke to “moral trauma”.

Hastie’s dream strangely resonates with a larger, national moral trauma that has played out over decades, reaching in Morrison its feverish apotheosis. Australia was an increasingly illiberal democracy in which we were ever more unsafe and more unequal. We were both inured to and haunted by the idea that politics without a moral basis was the only politics possible.

On Saturday, that nightmare abruptly ended. It turned out politicians couldn’t make up their own morality to explain away their crimes without consequence. The historic significance of the election is that it was the people who put an end to not only the Morrison government but also the Howard ascendancy and with it, the two-party system. 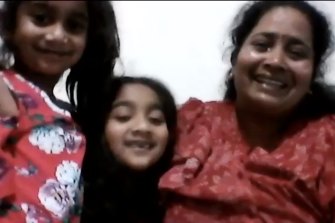 A tearful Priya Murugappan celebrates with daughters Kopi and Tharni on hearing the news that they can return to Biloela.Credit:Home to Bilo campaign

Many weren’t voting for a party or a program. Many had lived the Armageddon of climate change as flood and fire and drought. They were not afraid of change for the better. Trusting in each other, in the idea that politicians should answer to them, they held to the principle that they no longer would be told who their member would be and what that member would stand for. They were standing up for a future they were brave enough to believe we should, and we can, address. They dared to hope.

That night, a post popped up on my phone showing a photo of two small girls, each with an arm around the other, smiling at a TV screen depicting the election result. It was the Murugappan children, Australians both, imprisoned with their asylum seeker parents for years at a cost of millions of our dollars.

A caption said it all: “Thank you, Australia. It is finally time to bring Priya, Nades, Kopi and Tharni home to Bilo.”

The Murugappans were finally going home to Biloela and it felt that we were going home with them, that Australia was returning to its best instincts and away from its worst.

But those who had chosen to go up the Congo were not returning, not now, not for a very long time, and perhaps never.

Richard Flanagan is an Australian writer. He won the 2014 Man Booker Prize for his novel The Narrow Road to the Deep North.