Morgan Wallen appeared alongside his Big Loud label-mate, ERNEST, Saturday night as the emerging country vocalist made his scheduled debut appearance at the Grand Ole Opry. The tandem recently collaborated on a new ballad, "Flower Shops," which they sang together during ERNEST's set.

The appearance was first reported via the Grand Ole Opry's Twitter feed with a tweet at 8:41 p.m. CST stating, "Surprise! @MorganWallen joins @ernest615 to perform their new duet 'Flower Shops.'"

Almost immediately, the Grand Ole Opry's Twitter feed was inundated with fierce backlash to Wallen's appearance due to the perception that the top-selling artist has yet to significantly atone for the perception that he's a racist, following his February 2021 controversy surrounding his use of a racial slur.

This issue was compounded by a tweet dated June 9, 2020, from the Opry at the onset of the post-George Floyd/national riots era of the Black Lives Matter movement. In it, the Opry stated, "Racism is real. It is unacceptable. And it has no place at the Grand Ole Opry."

Racism is real. It is unacceptable. And it has no place at The Grand Ole Opry. pic.twitter.com/nKN66V5u88

Wallen's appearance follows a year wherein the Opry has made moves to feature several Black artists onstage, as Brittney Spencer, BRELAND, and Willie Jones all made Opry debuts.

OPINION: Country music is seemingly changing for better but radio stations are stuck in the past

Black artists and performers, along with white allies who occupy the country-adjacent Americana lane, sounded off on Twitter about the Opry's decision.

"Last night @opry, you had a choice- either upset one guy and his “team,” or break the hearts of a legion of aspiring Black country artists. You chose wrong, and I’m real sad for a lot of my friends today. Not surprised, though. Just sad," Tweeted superstar performer Jason Isbell.

Isbell famously had seven Black female artists open for him during an eight-night October 2021 residency at the Ryman Auditorium (whose 2013 song "Cover Me Up" was covered by Wallen in 2019) tweeted. 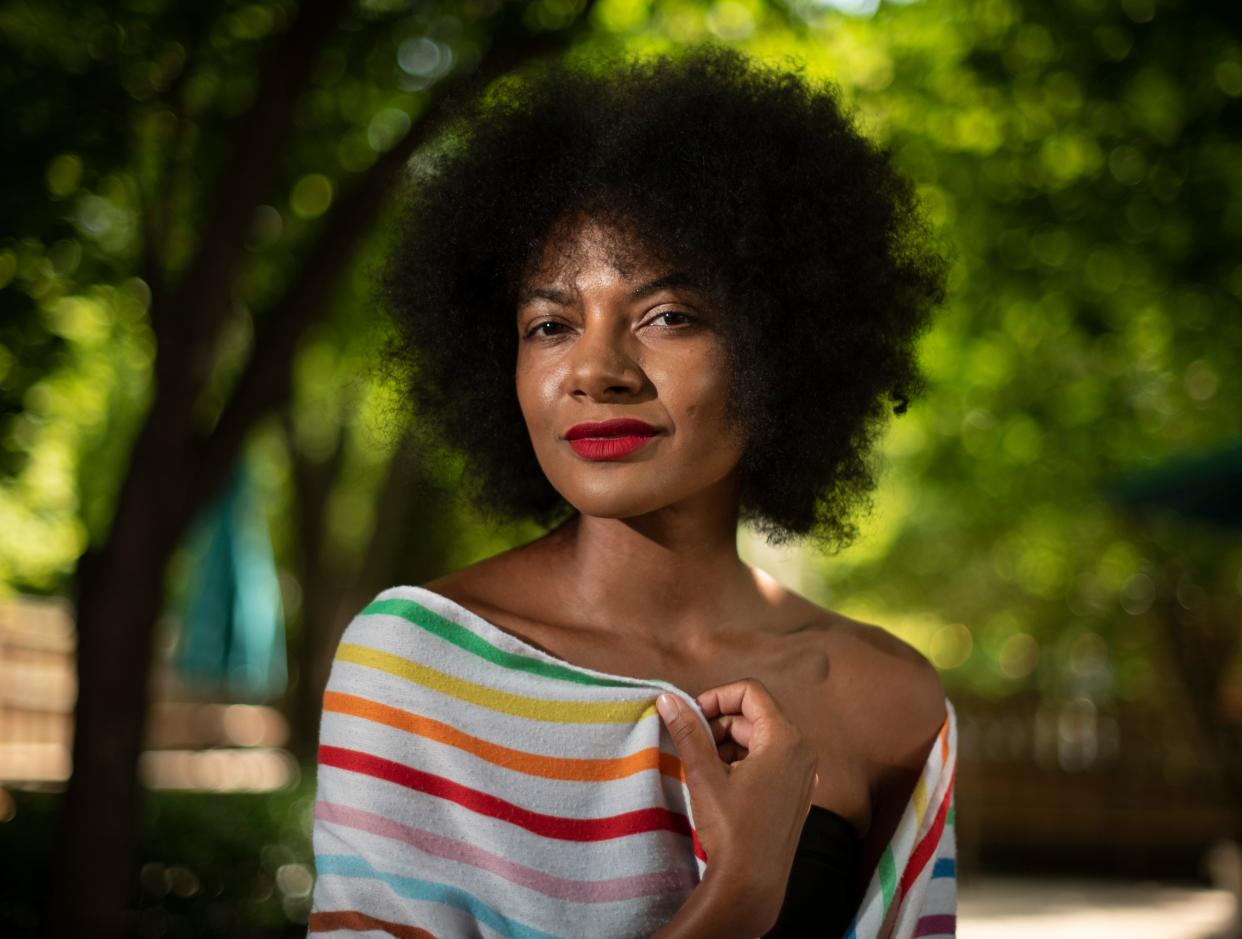 Allison Russell, a Grammy-nominated artist and a key figure in the Americana Music Festival's #AllAmericana campaign, tweeted, "the rot of bigotry permeating mainstream country is rough. But take as #bellhooks said, 'Sometimes people try to destroy you, precisely because they recognize your power-not because they don't see it, but because they see it & they don't want it to exist.' #allamericana"

"morgan wallen’s thoughtless redemption tour is the nail in the coffin of me realizing these systems, and this town is really not for us, wrote rising star Joy Oladokun. "imma keep making my lil music in my attic, y’all can listen if you want. i don’t know that i’ll do this work forever."

In support of Oladokun's tweet, 2021's Americana Artist of the Year Brandi Carlile made a much blunter and more caustic statement: "F*** ‘em. The ones you want are listening to you."

Rissi Palmer, a Durham, North Carolina-based veteran Black Nashville performer who made her Opry debut in 2007 (and returned to the stage in 2021), added something of a note of next steps in a series of tweets, writing the following:

"I believe now is the time to watch and move. Watch how people are responding and reacting and move accordingly. Systems only work when we continue to participate in them. The moment we stop and divest, they lose their power. I can’t say this enough: let’s stop running into a burning building. Let’s create platforms and systems that celebrate and welcome us. Never again will I beg anyone to love/accept me, and neither should anyone else. Anyone that wants to participate in that, they can come sit w/ me. Money and power is all this industry understands and respects. If you figure out how to make money and create power, guess who’s knocking on your door? Black Wall streets were created AND destroyed for a reason, remember that."

The Opry's Twitter has remained silent outside of a seemingly timed tweet for 8:00 AM CST Sunday. As well, as of the printing of this story, representatives from neither Big Loud Records nor the Grand Ole Opry have responded to requests by The Tennessean for statements. The Tennessean will update this story upon receiving communication from either party. 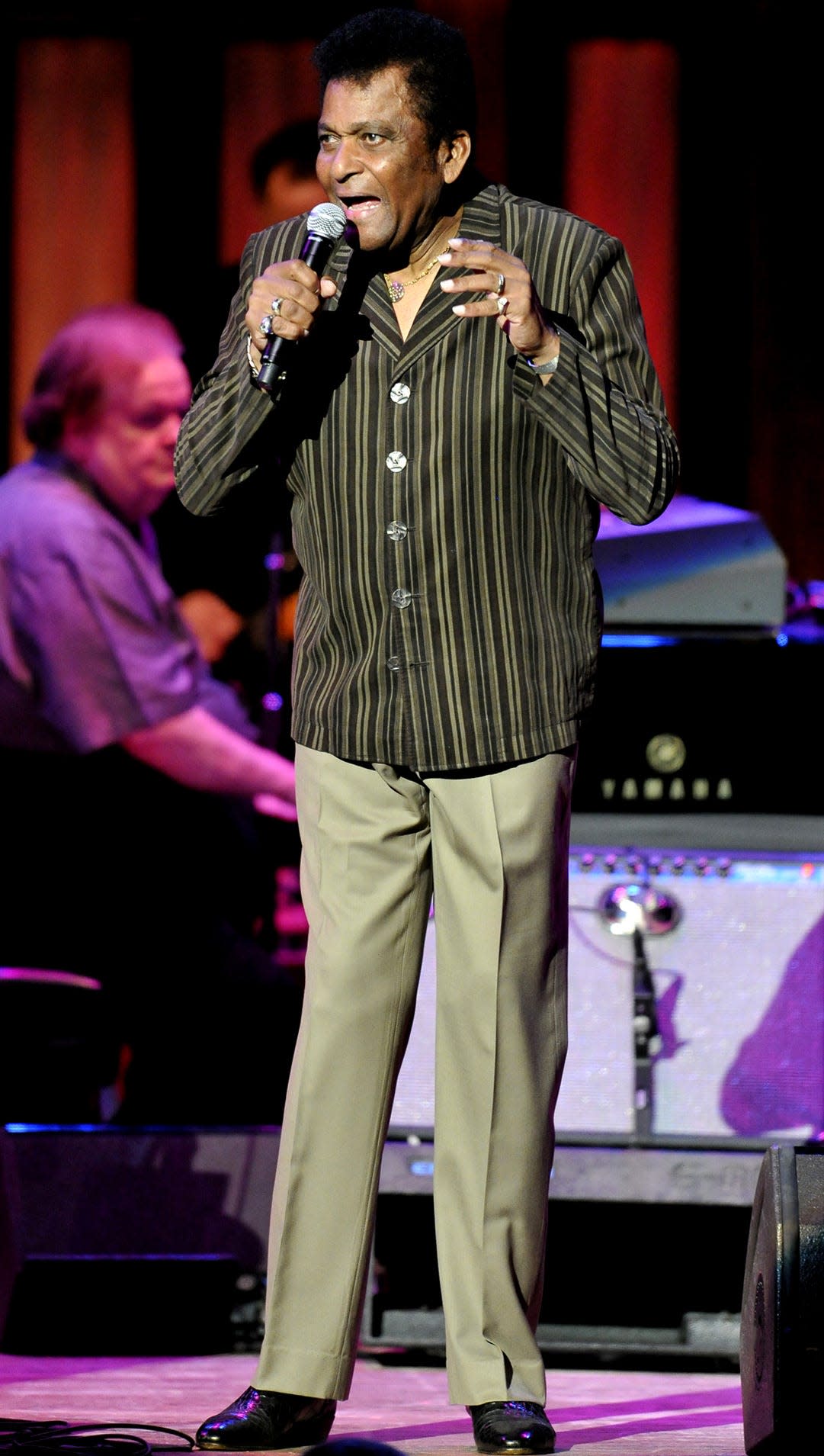 The Opry's historical record regarding race includes Charley Pride's 1993 invitation to join the Opry and Darius Rucker's invitation in 2012. In 1925, Black harmonica player DeFord Bailey overcame racial opposition from the director of the Grand Ole Opry's home radio station, WSM Radio, before making his debut appearance. Following years of the Opry also included white artists playing in blackface like Lee Roy "Lasses" White and his partner, Lee Davis "Honey" Wilds, who joined the Grand Ole Opry cast in 1932. Then, by 1967, the previously mentioned Pride made his Opry debut. In recent years, performers including Palmer in 2007, Mickey Guyton (debuted in 2015), and recent The Voice runner-up Wendy Moten (debuted in 2019) have appeared.