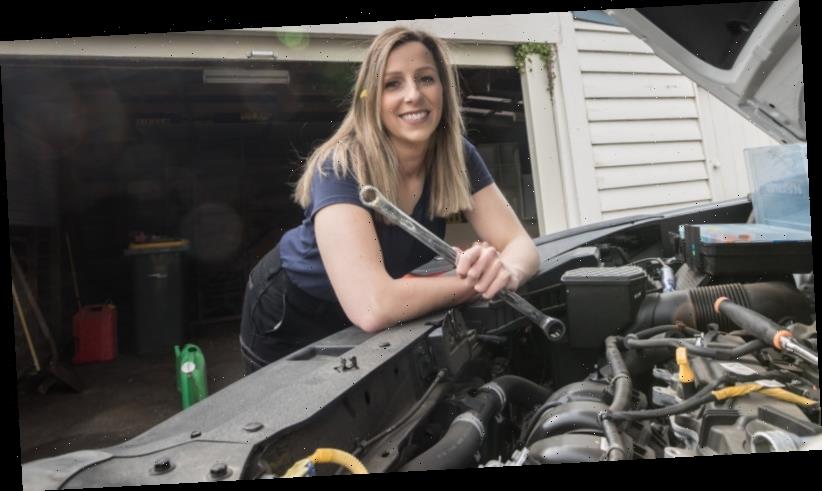 Spending of more than $200 million is required to close the “gender gap” in employment, health and welfare between Victorian men and women and curb disproportionate impacts of economic insecurity, family violence and poor mental health on women.

As women’s unemployment in Victoria remains significantly higher than men’s (8.1 per cent versus 5.9 per cent) the state’s peak gender equality agency will ask the Andrews government to invest $63 million on fast-tracking at-risk women into work. 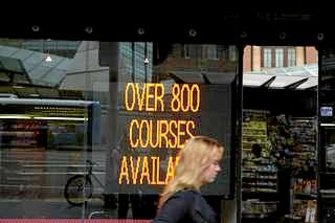 “TAFE is the engine room of skills-based education and it has to be gender equal,” says Gender Equality Victoria chief Tanja Kovac.Credit:Michel O’Sullivan

In its 2021 budget submission, to be released on Thursday, Gender Equality Victoria argues the TAFE system needs to be transformed to deliver equal vocational education and training opportunities for women, at a cost of $32.58 million.

“TAFE is the engine room of skills-based education and it has to be gender equal,” said Gender Equality Victoria chief Tanja Kovac.

“We’ve associated TAFE for too long as a place for educating men in hard hats and tools. [We] need to see diversity in those existing courses while also moving beyond hairdressing to skill the care and service economy.”

She said TAFEs must better deliver skills outcomes for women in current and emerging industries and new courses in areas such as disaster prevention and early intervention could provide more entry-level jobs for women.

Gender Equality Victoria wants most of the $63 million women’s job creation funding to go to a state-wide COVID-19 women’s employment recovery program based on a model developed by the employment support agency Fitted For Work with support from the banking industry.

Its submission highlights increased economic peril for Victorian women over the age of 45, who are the group already most likely to be relying on JobKeeper before the pandemic, according to a September 2020 paper by the federal government’s Parliamentary Budget Office.

Fitted For Work CEO Donna de Zwart said the fact older women had been left out of the federal government’s job stimulus package meant they were experiencing a “perfect storm” of economic insecurity, especially in Victoria.

She said she expected “an avalanche” of older women struggling to find work when JobKeeper expires on March 28.

“The federal government emphasis on young people has left older women out, we have systemic ageism in the employment sector, we’re seeing women who are overwhelmed and frightened [as a result of pandemic-related job loss], plus higher incidence of domestic violence and coercive control because of lockdown,” she said.

“Everything we’ve seen [among Fitted For Work clients] leading up to the pandemic has been exacerbated as a result of it. We’ve got real concerns for what will happen at the end of March … where are the jobs going to be for older women?”

We’ve associated TAFE for too long as a place for educating men in hard hats and tools.

She said there was an urgent need to provide training pathways to get women into new industries and to re-train them for existing ones after losing work in hard-hit female dominated sectors such as tourism, hospitality and retail.

The Gender Equality Victoria submission calls for nearly $60 million in spending on women’s health, noting depression, stress and suicidal ideation triggered by the pandemic were all notably more severe among women, and many women had been unable to access health services they needed during lockdowns.

“The evidence is clear that COVID-19 has had a disproportionate impact on women, especially in Victoria,” she said. “To respond to the continuing impacts of the pandemic … a gender-based budget with significant investment that responds to the needs of women is essential.”

Economist Angela Jackson, an adviser to the state government on the gender impacts of COVID-19 and a member of the Gender Equality Victoria board, said the Victorian government had addressed the disproportionate economic impact of the pandemic on women better than others but more was needed to ensure the economy benefited from women’s full participation.

“Women need to be central in the economic recovery in Victoria. We have seen the IMF come out and say it is extremely important to address the disproportionate impact on women and for the recovery to take hold, and we need to ensure women’s workforce participation comes back to what it was,” she said.

“We should see closing that gap as a source of future growth: equity is good for the economy.”