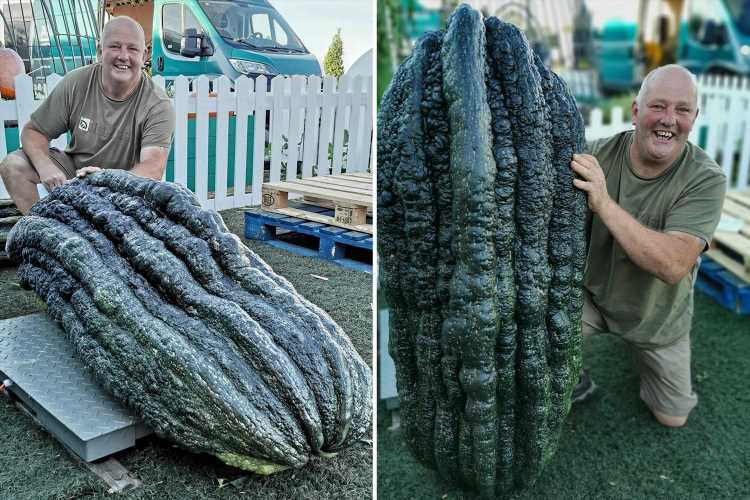 A MONSTROUS 18st marrow matured in Wales has smashed the world record. 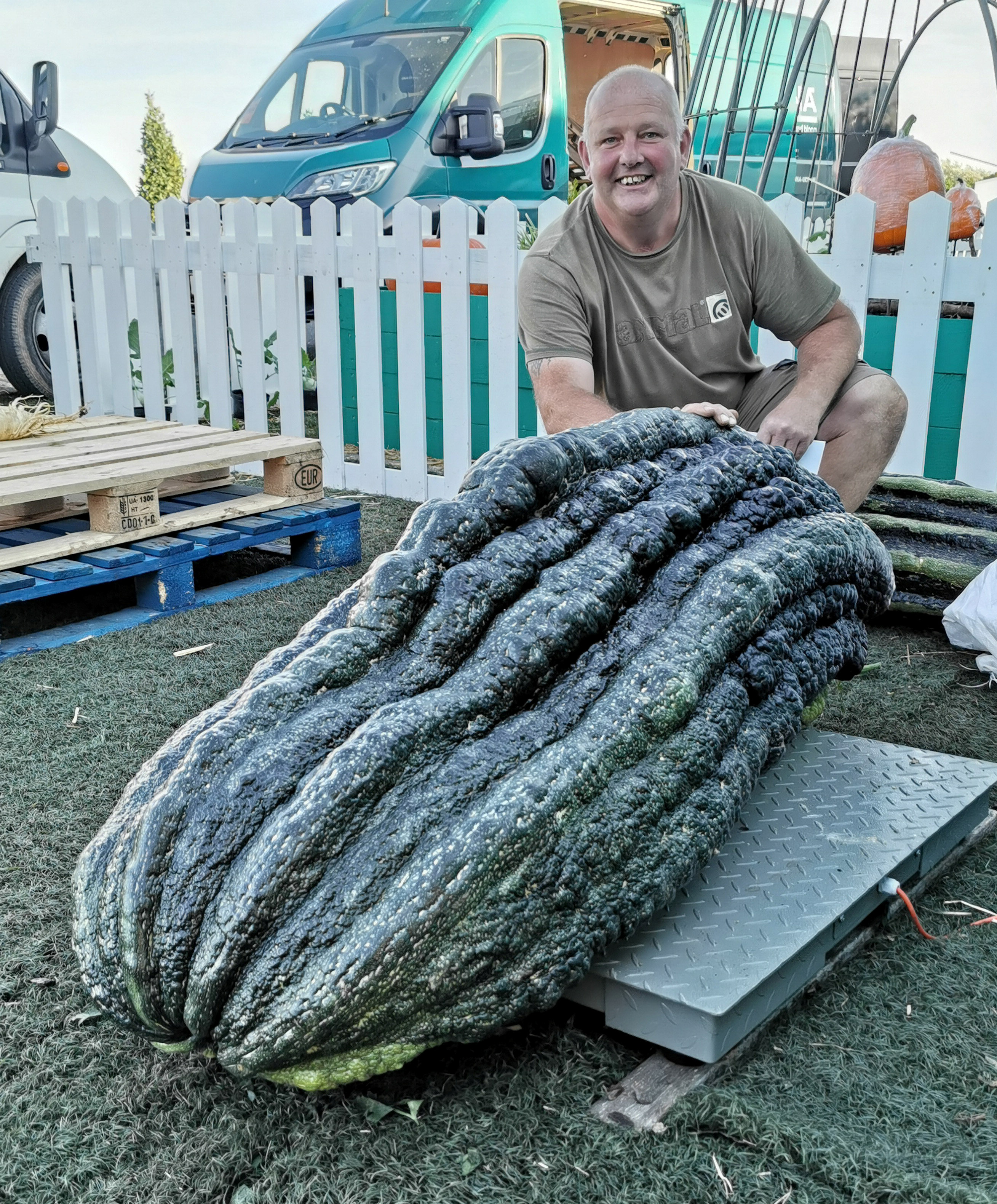 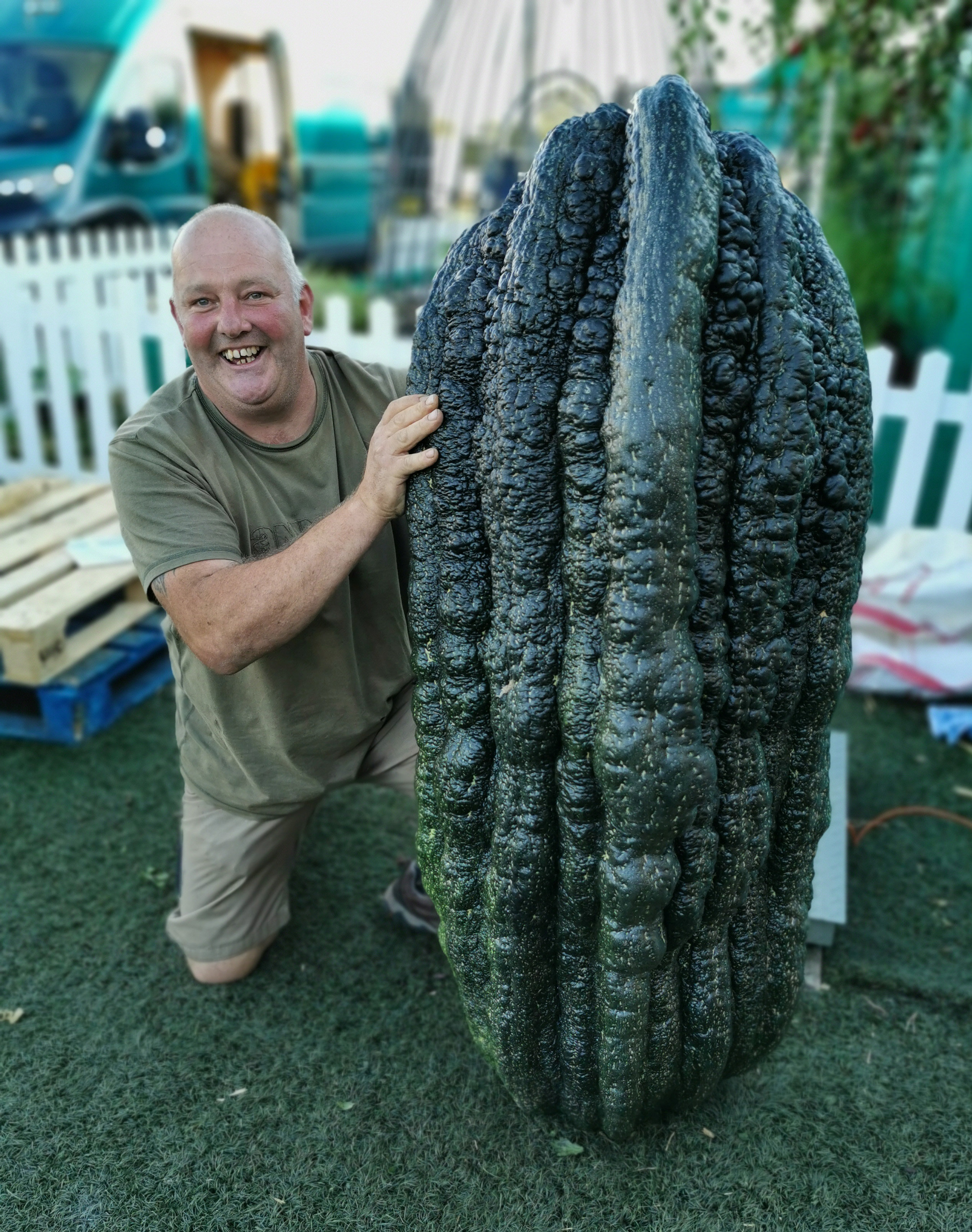 And at 255lbs, his magnificent marrow is 15lbs heavier than a Maro — England rugby union giant Maro Itoje.

Yesterday, he carted it all the way to the UK National Giant Vegetables Championship in Malvern, Worcestershire.

An adjudicator from Guinness World Records then measured the masterpiece and confirmed the new mark.

Thrilled Vince, 49, said “This is the icing on the cake. Nobody was expecting this one.

“I’ve had a few marrows weighing over 190lbs but sadly they split.

“Malvern is the show I always aim for and this record has smashed the previous record grown over in Holland.

“I’m now going to enjoy my weekend and will be having a few ciders this evening.

Vince wasn’t the only record breaker at the show.