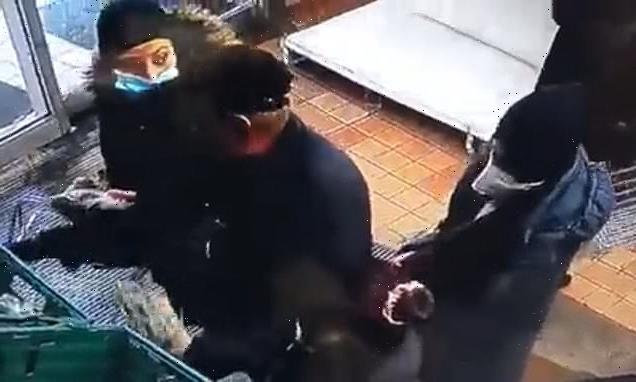 This is the moment three women surrounded a man in his 60s and stole a large amount of cash from him in a west London supermarket.

CCTV footage shows how the three women bamboozle the man in an effort to distract him from his shopping.

Two of the women reach across in front of the man to look at vegetables while trying to engage him in conversation.

As they distract him, a third moves in from behind and dips his pocket, stealing the envelope containing a large amount of cash. 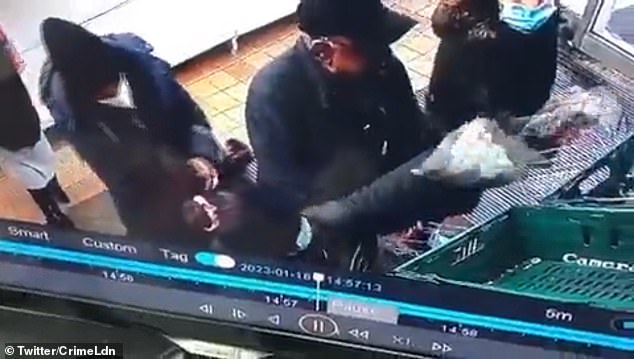 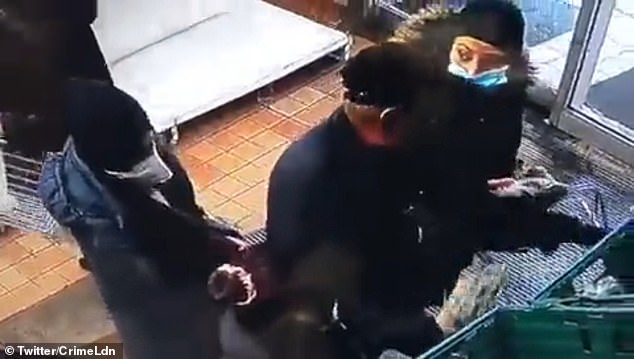 The three women were all wearing face masks to help hid their identity from the CCTV camera directly above them.

The Metropolitan Police confirmed they are investigating the incident, which took less than one minute.

Officers said: ‘Police were contacted on the afternoon of Monday, 16 January after a man in his 60s reported that a large quantity of cash had been stolen from his pocket as he shopped at a supermarket Oldfield Lane, Greenford UB6.

‘There have been no arrests; enquiries are ongoing.’