Moment father, 43, is confronted by paedophile hunters after asking ’12-year-old girl’ to come to his house for sex as he is jailed for 18 months

A father-of-three who asked a 12-year-old girl to come to his house for sex was instead met at a train station by a paedophile hunter group.

Gareth Welch, 43, from Ebbw Vale in Wales, messaged the girl’s Facebook profile and was immediately told she was 12 years old.

However, he still asked her to be his girlfriend and asked if she wanted to have sex with him.

When she told him she didn’t know what sex was, he said he would show her a film.

He even offered to buy her a McDonald’s meal ‘as a treat’ and asked her what presents she would like for Christmas in a bid to come and meet him.

When confronted by members of paedophile hunter group Our Team at a train station, Welch initially denied knowing the girl, who turned out to be a decoy, was 12 years old.

But live stream footage of the defendant later showed him admitting to knowing the girl’s age.

A sentencing hearing at Newport Crown Court on Monday saw Welch pleading guilty to attempting to engage in sexual communications with a child and attempting to meet a child following sexual grooming, via video link from prison.

The defendant was jailed for 18 months.

Sentencing, Judge Daniel Williams said: ‘You knew from the outset this was, what you thought to be, a 12-year-old girl with who you were communicating and almost immediately asked her to meet you.

‘You are manipulative and a danger to young girls. You have an entrenched sexual interest in young girls and the offence is so serious only a sentence of immediate imprisonment can be justified.’

On November 16 last year, the defendant contacted the decoy from a Facebook profile in the name of David Lee and sent her a friend request which she accepted.

The father-of-three began messaging the decoy, and upon being told the girl he was speaking to was 12 years old, he asked to be his girlfriend and asked her to send pictures. 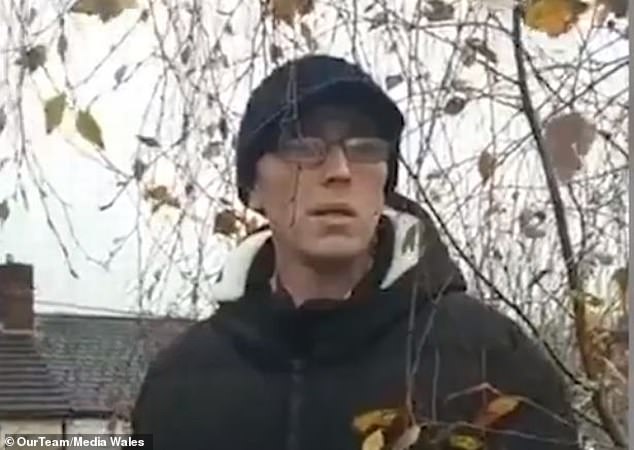 The moment father-of-three Gareth Welch, 43, is caught by a paedophile hunters groups at a train station

Welch sent pictures of himself and asked the decoy if she wanted to meet him and they agreed to meet on November 23.

Prosecutor Ruth Smith told the court that the defendant told the girl he was ‘teach her how to kiss’.

When the decoy said she was worried about being seen, he said she could come to his home where they would have food and play on an XBox, but the messages became sexual.

Welch asked the decoy if she ‘wanted to have sex’ and told her that ‘sex is what a man and woman do to have a baby’.

He also told her he would show her a film about sex.

He also told her she could stay at his home and could share a bed with him where he would ‘keep her warm by cuddling her’. 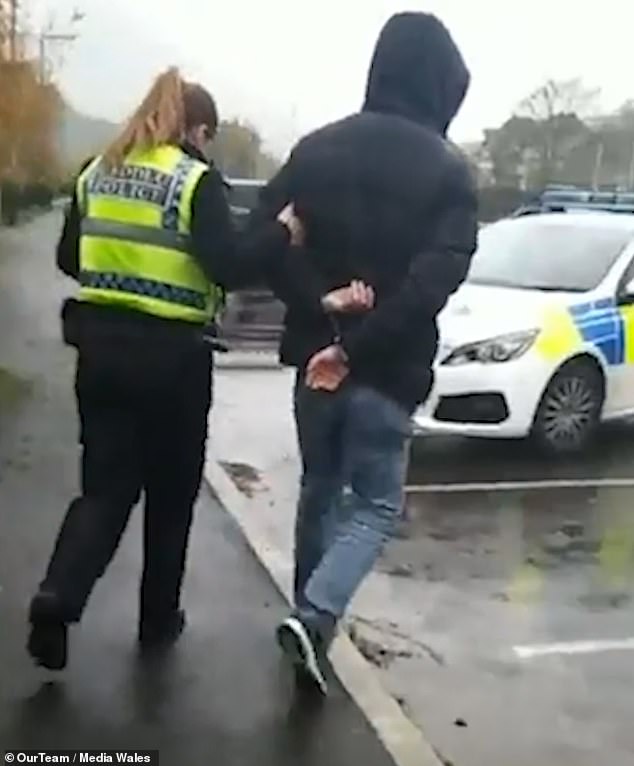 Welch arrived at Risca train station, in Caerphilly, where he was met by members of Our Team who confronted him with evidence and called the police 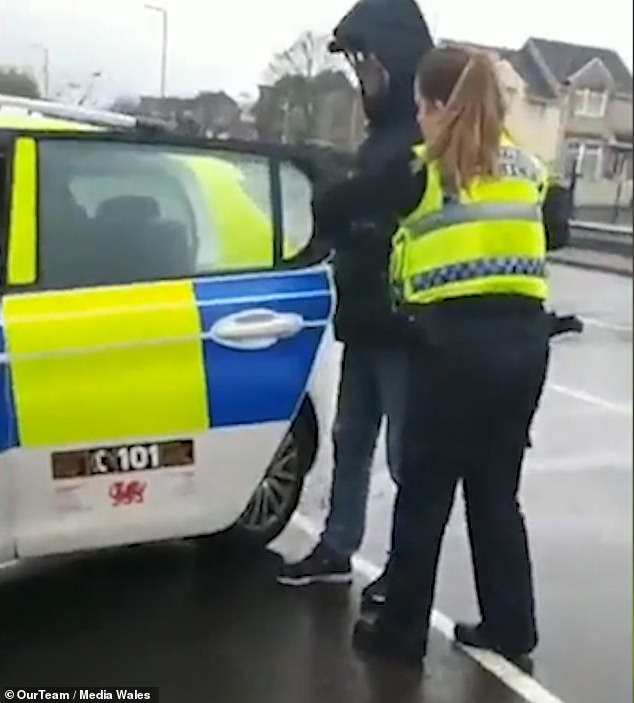 On November 23, Welch arrived at Risca train station, in Caerphilly, where he was met by members of Our Team who confronted him with evidence and filmed him for a Facebook live stream.

He was arrested by police at the scene and was remanded in custody.

He initially gave a no comment interview but later indicated he would be making guilty pleas.

Ms Smith told the court that Welch had a previous conviction for sexual activity with a child under 16 from 2001, for which he was given a community order. He also had recent convictions for battery in 2017 and harassment in 2018.

Defence barrister Jeffrey Jones said his client regretted his actions and was remorseful and contrite.

He said: ‘He was leading an isolated form of lifestyle away from his former partner and children. He knows the live streaming of his arrest and admissions on Facebook caused difficulty in his neighbourhood and his house has been damaged.’

Welch was also made subject to a sexual harm prevention order and ordered to sign the sex offenders’ register for 10 years.