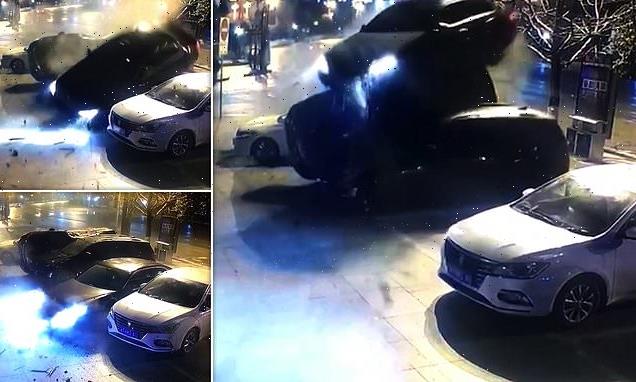 This is the moment a car hurtled off a road, bounced over the roofs of three stationary vehicles and landed the right way up in an empty parking space.

Footage captured in Chongqing, China, on January 9 shows the motorist speeding along a dual carriageway before losing control on a bend and crashing into the kerb.

The car flies off the road and flips over the three stationary vehicles before landing in a gap between two cars. 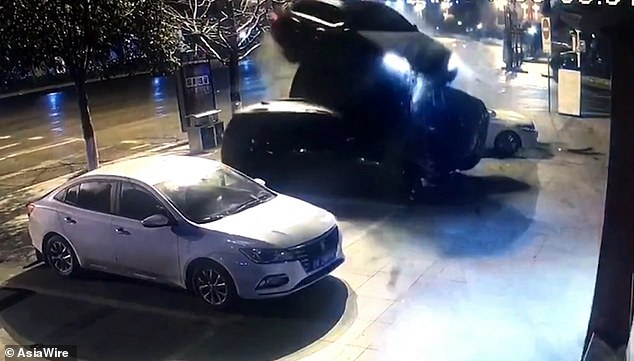 The speeding car bounces over three parked cars along the road in Chongqing, China, on January 9 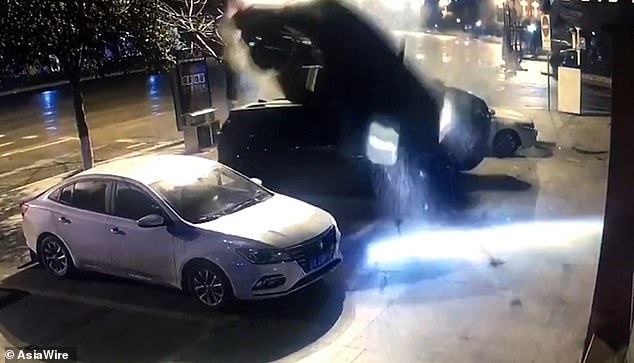 The motorist, who has not been named, bounces over the parked cars after losing control of their vehicle

It is currently unclear whether the motorist, who has not been named, was detained by the police.

The motorist was not seriously injured in the incident but there was extensive damage to the vehicle, according to reports.

The shocking scenes come months after a driver, who ran a red light and collided with another vehicle, flipped over and landed on a third car after narrowly missing a man on a crosswalk. 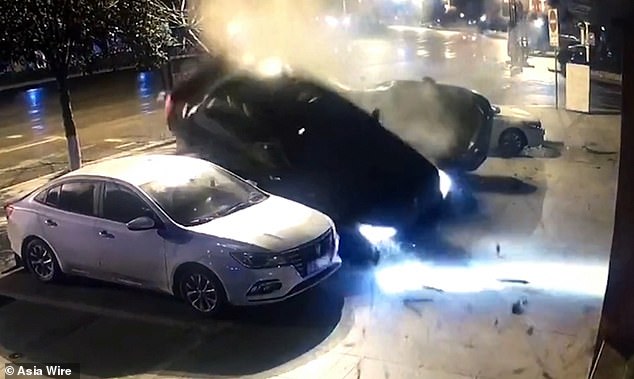 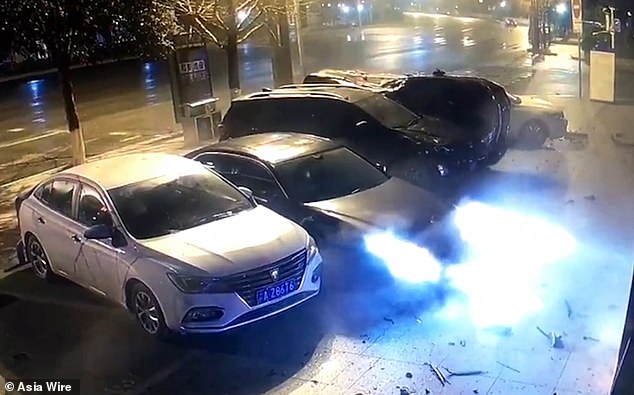 The struck vehicle then flew to the side of the road where the pedestrian was still crossing.

However, the vehicle narrowly missed the pedestrian who ducked out of the way just in time before causing any serious injury.

The vehicle then landed on the hood of a white Jaguar SUV which was waiting at the light.

According to the recorder, six vehicles were damaged in total but no injuries were reported. 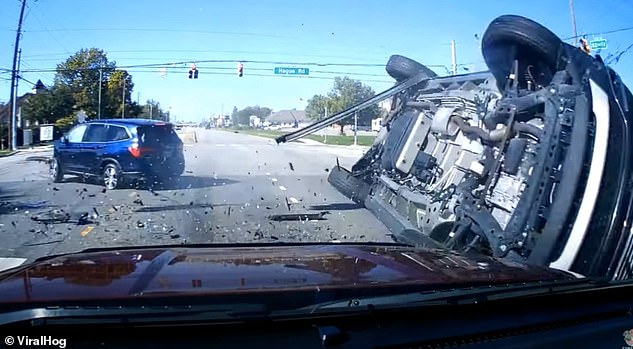