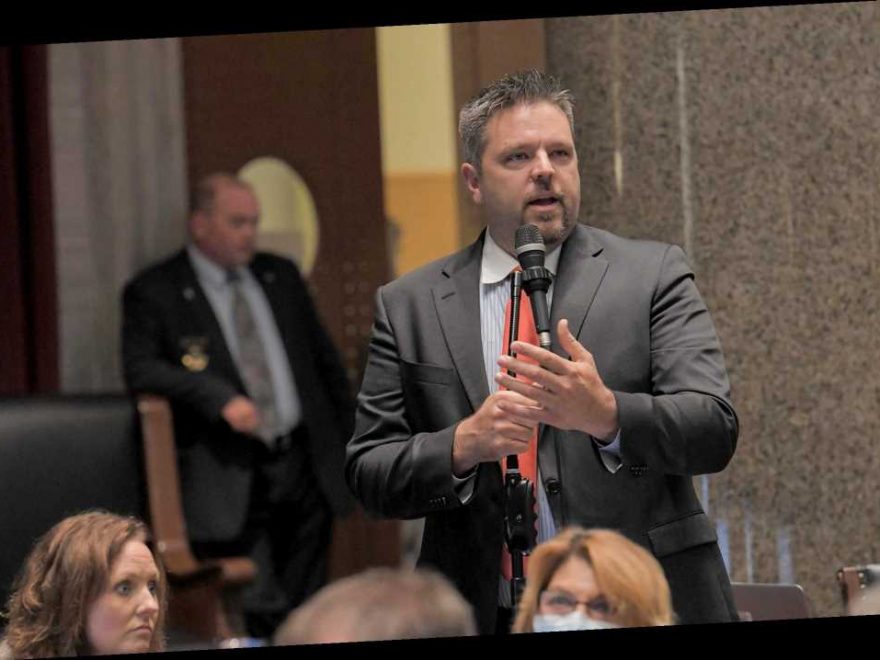 Capitol cop who died in riots reportedly a Jersey native

A Republican legislator from Missouri didn’t attend his own inauguration so he could go to Washington to attend Wednesday’s pro-Trump rally — but insists he was far from the siege on the Capitol.

State Rep. Justin Hill, of Lake St. Louis, said Thursday that he didn’t go into the Capitol, but saw the pro-Trump rioters while looking on from the rear of the building.

“I wasn’t close enough to see anything,” Hill, who was elected in 2014, told the St. Louis-Post Dispatch. “I didn’t see any vandalism.”

The former police sergeant sponsored a Missouri House resolution in December that said state lawmakers had “no faith” in the validity of the 2020 presidential election results in Pennsylvania, Wisconsin, Michigan, Arizona, Georgia and Nevada.

Some 66 of Hill’s Republican colleagues signed a letter seeking to debate the resolution, but it didn’t advance to the full House for a vote, the newspaper reported.

Hill said he went to Washington instead of attending his swearing-in ceremony to discuss that effort.

“I came out to meet with our delegation about the resolution I filed, to talk to them about our state’s position on election laws,” Hill told the newspaper.

Hill said he attended the rally earlier Wednesday near the White House, where he saw “a lot of families” and “several different nationalities and races” — but witnessed no violence or signs that it would later devolve into chaos.

“It was peaceful — a lot of prayer, a lot of patriotism,” Hill recalled, adding that he planned to watch the congressional proceedings to certify President-elect Joe Biden’s win on television.

“I went to lunch and started hearing sirens about an hour later,” he continued. “I walked to the back of the Capitol, and man, the crowd that was there was not the crowd at the rally. It was different people.”

Hill was among lawmakers from at least seven states who traveled to Washington for the demonstrations, including State Del. Derrick Evans of West Virginia, who filmed himself storming into the Capitol, prompting calls for his resignation.

“We’re in, baby!” the newly elected Evans said on the clip, which was later deleted but still circulated on Twitter.

Hill, meanwhile, can be sworn in next week when he returns to the state Capitol, according to Missouri House rules. His absence did not escape the Missouri House Democratic Campaign Committee, which called on him to resign after Hill tweeted “#StopTheSteal2020.”

“The United States Senate lacks the courage to do what is right,” Hill wrote early Thursday. “Evil prevails when good men and women fail to act.”

An investigation into the presidential election is still necessary, he said.

“We have to get rid of the doubt,” Hill told the Post-Dispatch. “We have to lay to rest the doubt of this election.”