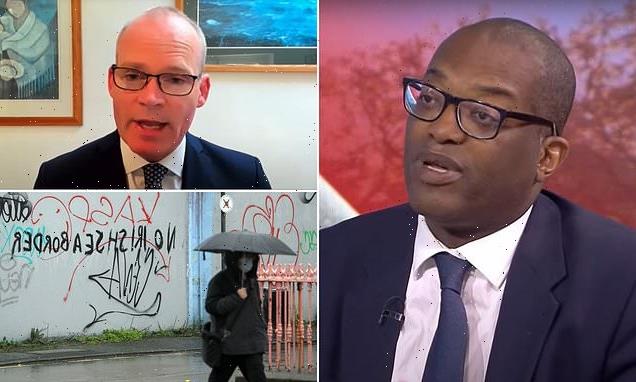 Britain is ‘absolutely right’ to scrap post-Brexit rules for Northern Ireland and there is little chance of an immediate trade war with the EU, Business Secretary Kwasi Kwarteng said today.

The Government is poised to unilaterally set aside the Northern Ireland Protocol as part of a long-running dispute with Brussels over the Brexit agreement, with expectations that Boris Johnson could announce action within days.

The move would come amid a political crisis in Northern Ireland, with the DUP refusing to re-enter a power-sharing executive at Stormont without ‘decisive action’ from British ministers on the Protocol.

The unionist party have also ramped up pressure on the Prime Minister to act by blocking the establishment of a functioning Northern Ireland Assembly in the wake of recent elections.

Senior Brussels figures have warned, if Britain does take unilateral action on the Protocol, it could lead to retaliatory measures such as trade sanctions and even the collapse of the UK-EU post-Brexit trade deal.

There are fears this would exacerbate the cost-of-living crisis being suffered by Britons.

Ireland’s foreign minister Simon Coveney hit out at ‘aggressive’ briefings from London of impending action on the Protocol, as he urged Britain not to walk away from talks with the EU and act alone. 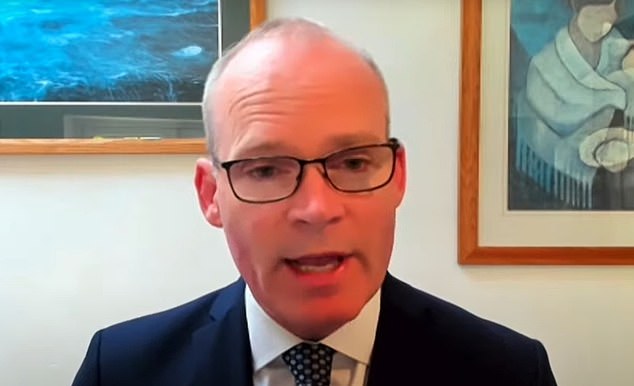 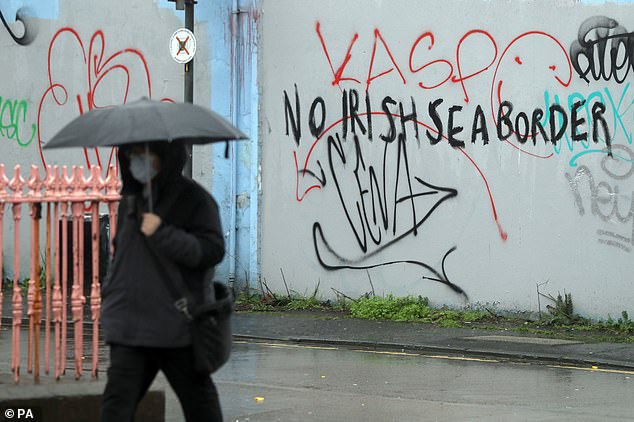 Despite the escalating row, Mr Kwarteng played down the prospect of the dispute ending in a bitter trade war between London and Brussels.

The Business Secretary said it would take ‘a very long time’ for any new EU trade tariffs to be approved.

He told Sky News’ Sophy Ridge on Sunday show: ‘Political stability in Northern Ireland is our number one priority. We should be able to act in a sovereign way.

‘Northern Ireland is as much of the UK as England, Cornwall, the South East, and we are responsible for that.

‘Any tariff situation would have to go to arbitrators. It is not something they can do willy nilly, arbitrarily.

He added: ‘I don’t think they are necessarily going to be able to slap on tariffs arbitrarily. I think it will take a very long time for that process to work out.’

Mr Kwarteng also said the UK would be ‘absolutely right’ to take unilateral action on the Protocol and scrap parts of the agreement without EU approval.

‘We’ve had number of people in this country whose presumption has been that the British Government is always wrong and the EU is always right,’ he said.

The Business Secretary repeatedly pointed to how Article 16 of the Protocol allowed for unilateral action.

‘We have got ultimately to be prepared to invoke it,’ he added.

The Protocol was designed to prevent a hard border on the island of Ireland after Brexit and imposed checks on goods moving from Great Britain to Northern Ireland.

But the EU’s ‘dogmatic’ and ‘rigid’ implementation of the Protocol has been blamed by British ministers for causing significant trade disruption.

The DUP and other unionists are also concerned the agreement has been detrimental to Northern Ireland’s status within the UK.

Jeremy Hunt, the former foreign secretary who ran against Mr Johnson in the 2019 Tory leadership contest, said he understood why the EU would be ‘annoyed’ by Britain pulling out of the Protocol.

But he described the current situation in Northern Ireland as ‘not sustainable’ and stressed British ministers must be ‘prepared to do difficult things’.

Mr Coveney, who has been engaged in a war of words with ex-Brexit minister Lord Frost, warned that UK action could undermine the peace process in Northern Ireland as he urged the PM not to end talks with Brussels.

He also hit out at ‘unhelpful briefings’ from those around Foreign Secretary Liz Truss, who took over negotiations on the Protocol from Lord Frost after the Tory peer resigned from Government last year.

‘There are solutions that we can put in place that can ease that concern and that’s what we need to focus on doing together,’ Ireland’s foreign minister told Sky News.

‘As opposed to the British Government acting on its own, illegally in a way that doesn’t reflect majority opinion in Northern Ireland and perhaps, most importantly, sends a message to the world that this British government when it suits them will set aside international law.

‘What’s happening at the moment has forced Ireland into taking a much more strident position and responding honestly to the unhelpful briefings that we’re getting from very, very senior levels within the British government this week, which seems to be laying the groundwork for a decision which, I believe, could be deeply harmful for the relationship between Britain and Ireland, if we don’t see sense in the next few days.’

Mr Coveney said that ‘sabre rattling’ and ‘grandstanding’ at Westminster was not how the Protocol issues would be resolved.

It has been claimed that Mr Johnson is leaving a decision on the Protocol until after this weekend.

The PM is due to visit Belfast tomorrow for crisis talks with Stormont parties.

Government sources said Mr Johnson will use a series of private meetings to deliver a ‘tough message’ that parties must come together to form an Executive and Assembly.