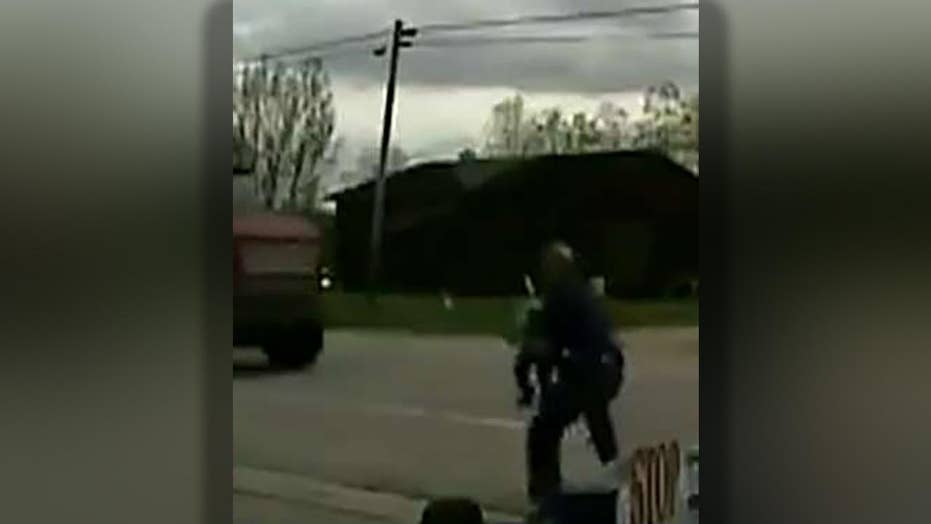 Michigan trooper saves toddler from being hit by truck

A Michigan state trooper is seen grabbing a 2-year-old girl off the road just before a dump truck passed by.

A Michigan State Police sergeant is receiving praise after his quick thinking saved a 2-year-old girl who had wandered onto a busy roadway Friday.

State police released dash cam video of the harrowing incident, showing Sgt. Joseph Richards, who was patrolling in Alcona County, climbing out of his patrol car and rushing to scoop up the child.

He quickly grabbed the girl — just moments before a red dump truck charged through. Police said in a statement the truck driver attempted to stop when he noticed the child on the roadway but wasn't able to brake before reaching the spot.

“If not for Sgt. Richards’ quick action, this incident would have ended in tragedy,” the police statement said.

The girl's mom told authorities she lost track of her daughter shortly before the incident. The child was returned to her mother, who lives across the street from the busy roadway.