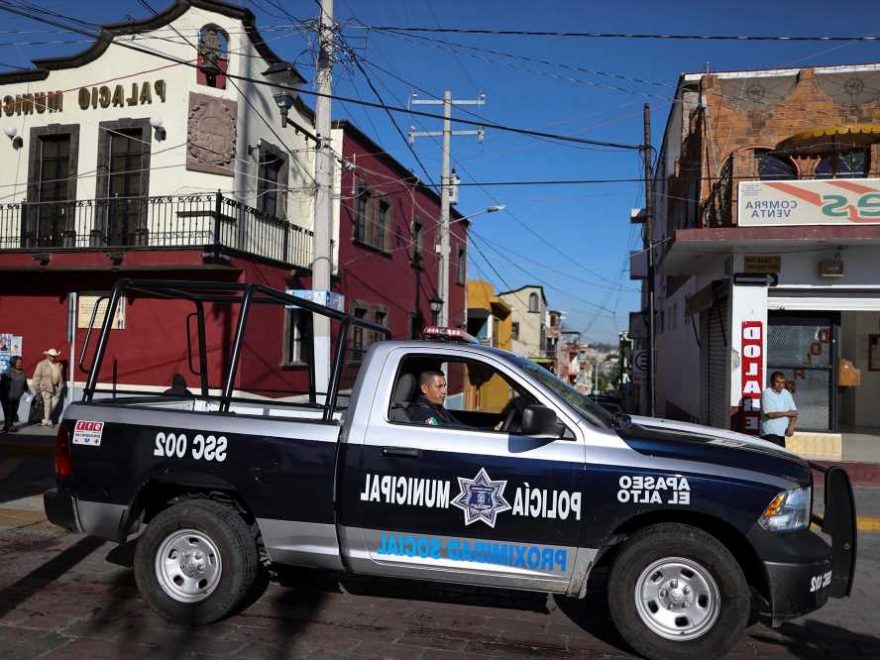 Mexican drug cartel members have recently taken to targeting police officers in their homes — then torturing and killing them, according to a disturbing new report.

The Jalisco cartel has vowed to wipe out members of an elite law enforcement force known as the Tactical Group in the central Mexican state of Guanajuato, the Associated Press reported Sunday.

The cartel even had a banner printed up and hung from a building in Guanajuato city that declared: “If you want war, you’ll get a war. We have already shown that we know where you are. We are coming for all of you.”

“For each member of our firm (CJNG) that you arrest, we are going to kill two of your Tacticals, wherever they are, at their homes, in their patrol vehicles,” the message continued, referring to the cartel by its Spanish initials.

The cartel started kidnapping members of the Tactical Group and torturing them into giving up the names and addresses of their fellow officers, according to the AP.

The most recent confirmed killing happened May 27, when an officer was kidnapped, killed, and his body dumped on a highway. But perhaps the most shocking violence was in January, when gunmen went to the home of a female state police officer, killed her husband, dragged her away, tortured her and dumped her bullet-ridden body.

According to Poplab, an average of about 75 state police officers have been killed in Guanajuato state each year since 2018 — more than are killed by gunfire or other assaults on average each year in the entire United States, which has 50 times Guanajuato’s population.

Earlier this month, state officials announced that they would fund “protection mechanisms” to the hope of preventing further killings.

“[O]rganized crime groups have shown up at the homes of police officers, which poses a threat and a greater risk of loss of life, not just for them, but for members of their families,” reads a May 17 decree announcing the move.

“They have been forced to quickly leave their homes and move, so that organized crimes groups cannot find them.”

The stepped-up violence is the latest headache for Mexican President Andrés Manuel López Obrador, who took office in December 2018 promising to give the cartels “hugs, not bullets,” a reference to his policy of addressing social problems like youth unemployment that he says contribute to gang membership.

In October 2019, López Obrador ordered the release of Ovidio Guzmán López, son of notorious Sinaloa Cartel capo Joaquin “El Chapo” Guzman, after hundreds of cartel members attacked civil and military targets in the city of Culiacán. López Obrador defended his order, saying it was to prevent the loss of innocent life.