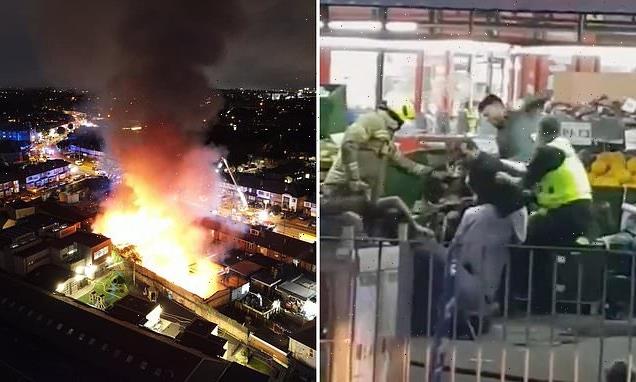 A large group of men threw fruit and brawled in the street as firefighters tried to tackle a huge supermarket fire behind them in Birmingham last night.

A shocking video shows the moment a fight broke out in front of the ablaze Zeenat Supermarket at around 6.30pm yesterday.

The clip shows the men punching each other and hurling watermelons, while a police officer is heard yelling at people to ‘get back’ as thick black smoke fills the air.

A woman can also be seen trying to break up the fight as the men continue to brawl.

Twelve fire engines and 79 firemen were called to fight the blaze at the supermarket in Birmingham and managed to prevent it from spreading to Thornton Primary School which is just 500ft away.

Dramatic drone images showed the huge fire with smoke billowing several hundred feet into the air and residents were advised to keep windows and doors shut, while a number of nearby roads were closed. 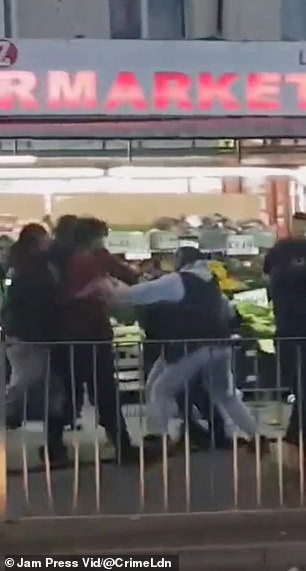 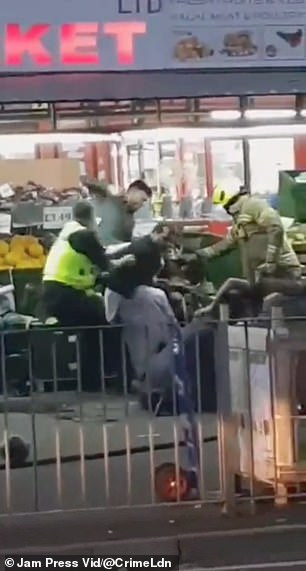 A shocking video shows the moment a fight broke out in front of the ablaze Zeenat Supermarket at around 6.30pm yesterday 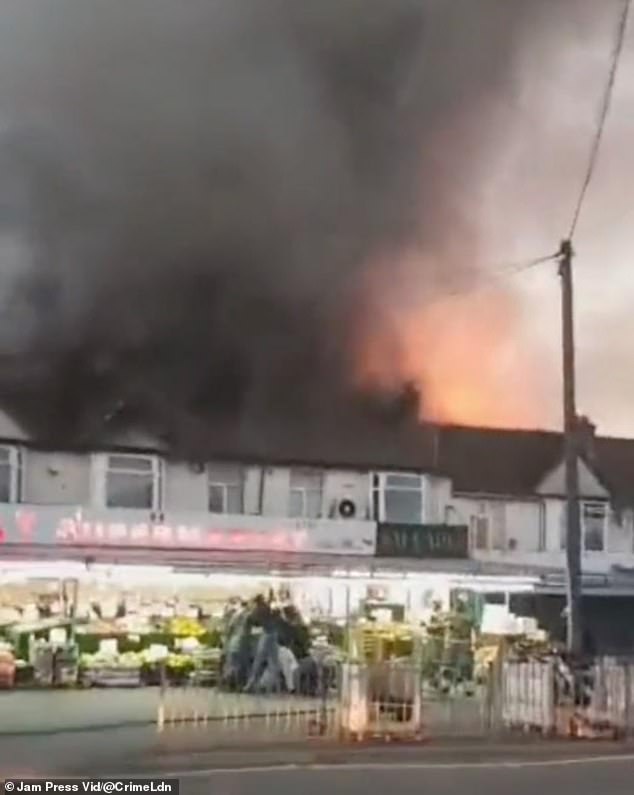 The clip shows the men punching each other and hurling watermelons, while smoke billows from the roof of the Birmingham supermarket

After twelve hours the blaze was brought under control, but not before it gutted the store and spread to a number of flats above the shop.

Residents living nearby say they heard loud explosions as the fire ripped through the supermarket.

One local said: ‘I live around the corner from Zeenat and I’d been watching the Queen’s funeral all day when I heard a number of pops and then bangs.

‘I ran outside and could make out smoke and flames coming from the shop and shortly afterwards there were loads of sirens.

‘It looked really bad and the fire just kept getting bigger and more fierce. We were all told to stay inside and I’ve kept the windows all shut.’

Another said: ‘It was bonkers. Firemen were trying to put the fire out and fellas were kicking the hell out of each other. 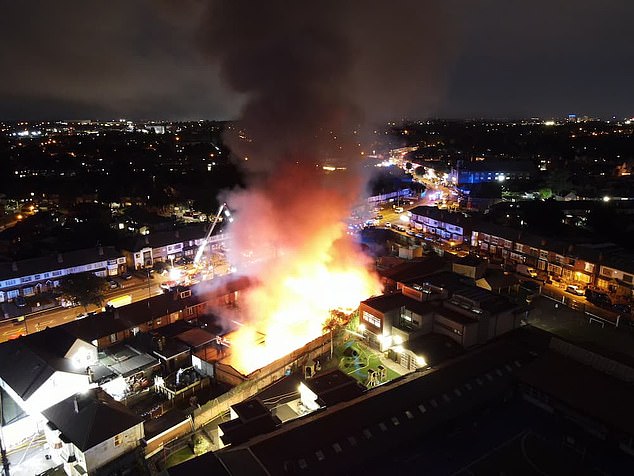 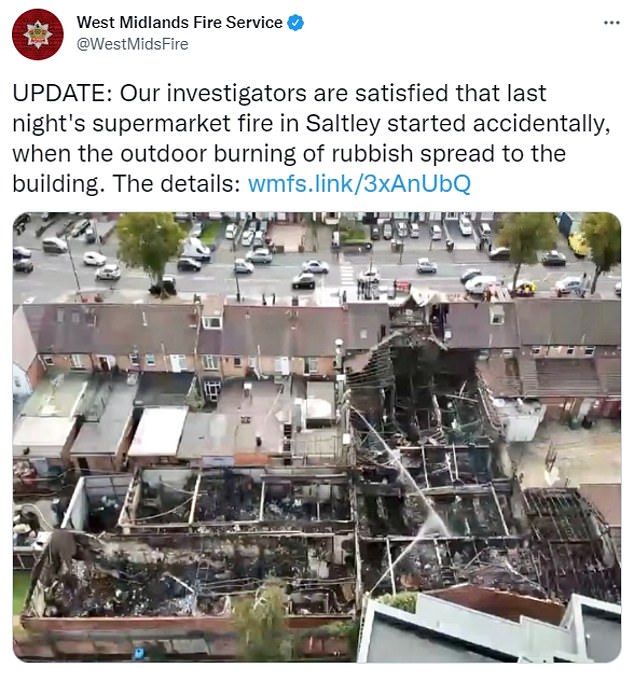 ‘Some of them were smashing watermelons on each other. It was crazy stuff. The police and fire crews looked genuinely scared. It was kicking off.

‘At one stage I thought the firemen were just going to hose the crowd away. Coppers were running around everywhere.’

No one is believed to have been injured and it is unknown if any arrests were made. West Midlands Police have been contacted by the MailOnline for comment.

West Midlands Fire Service said in an update this afternoon: ‘Our investigators are satisfied that the fire started accidentally when the outdoor burning of rubbish spread to the building.’