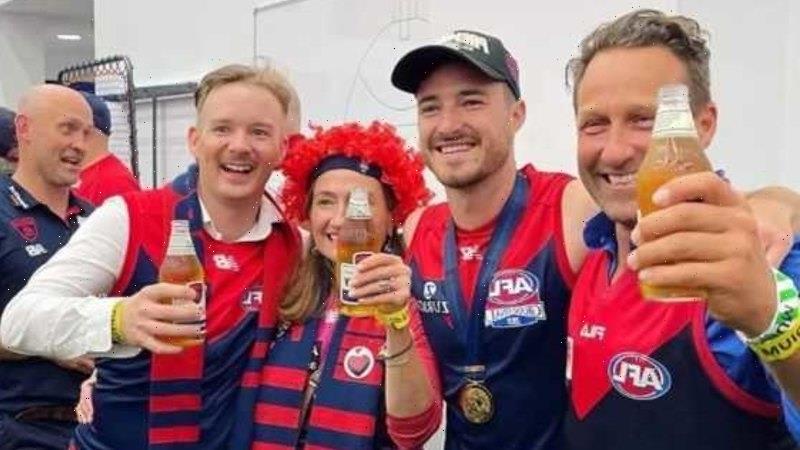 Melbourne bar and restaurant owner Hayden Burbank and financial planner Mark Babbage have pleaded guilty to breaching Western Australia’s border laws and lying on their G2G applications to enter the state so they could attend the AFL grand final in Perth.

The pair face fines of up to $50,000 or 12 months in jail. The matter was adjourned until later on Wednesday for sentencing. 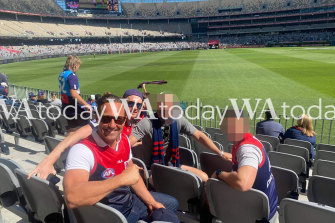 They were each charged with three counts of failing to comply with a direction under the state’s Emergency Management Act and have been in prison since their arrests.

WA Police said the pair used “falsified” NT licences to fly from Melbourne to Darwin on September 14 in a bid to bypass Western Australia’s border closures. They then allegedly flew from Darwin to Perth on September 22.

There are presently no border restrictions between WA and the NT, which are both COVID-free states, but the state of Victoria was deemed high risk, meaning strict rules applied to anyone who had been there.

The pair have been summonsed to appear in a Northern Territory court over several charges including contravention of an emergency declaration, giving false or misleading information, uttering a forged document, and criminal deception to obtain a benefit. 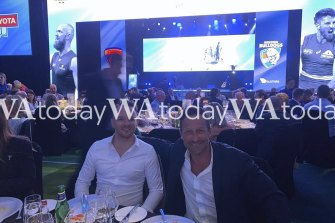 Hayden Burbank and Mark Babbage at the grand final eve luncheon at Perth Crown, attended by 1000 guests, including Gill McLachan (in background).

A NT Police spokesman said the pair flew into the NT from a Melbourne airport via regional Victoria before it was declared a hotspot. They were tested on arrival and asked to isolate until they returned negative tests the following day.

“NT Police are aware of media reports about two travellers from regional Victoria who stayed in Darwin on their way to WA for the AFL Grand Final,” he said.

“NT Police are assisting WA Police with their investigation.”

The pair allegedly spent eight days in the NT before travelling to Perth.

A photo on the AFL’s Instagram account showed Mr Burbank and Mr Babbage alongside player Alex Neal-Bullen and Mr Babbage, inside the Demons locker rooms celebrating and drinking with players after the club’s 57-year drought-breaking win at Optus Stadium.