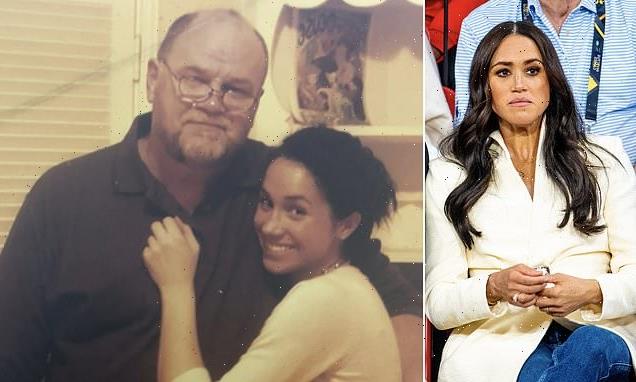 Meghan Markle wants to make contact with her estranged father to heal the four-year rift.

The Duchess of Sussex, 40, reached out to Thomas Markle’s camp after it emerged he left hospital following five days of treatment for a stroke.

However, it is understood that Meghan is concerned about involving her half-siblings Thomas Jr, 55, and Samantha, 57, as she ‘believes they have their own agendas’.

A source told The Mirror: ‘Despite their estrangement, Meghan is concerned. She wants to know if there is any way to contact her father privately, without other family knowing about it or having to get involved.’

The insider added: ‘Meghan can’t contact her half-siblings because she believes they have their own agendas. 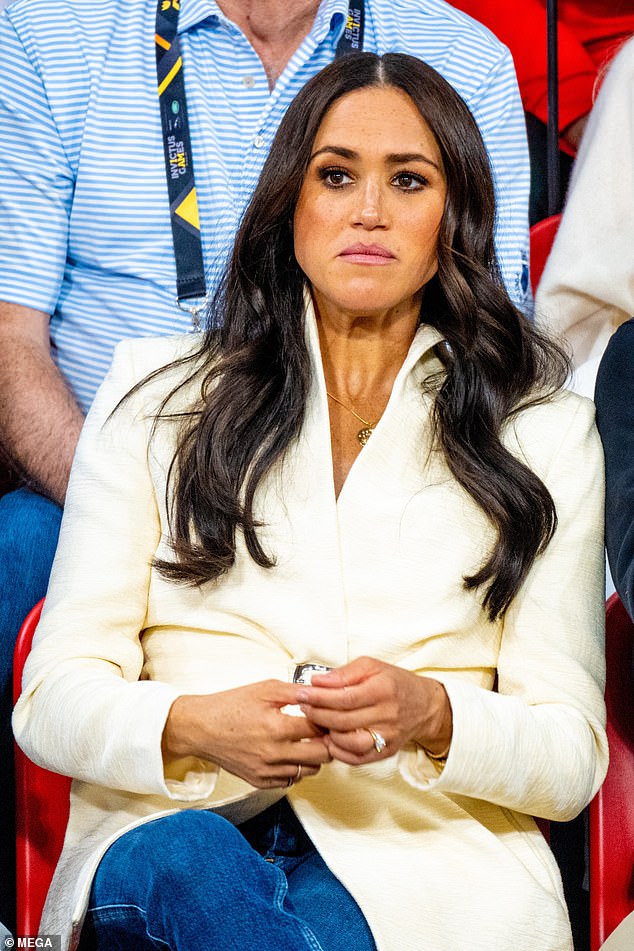 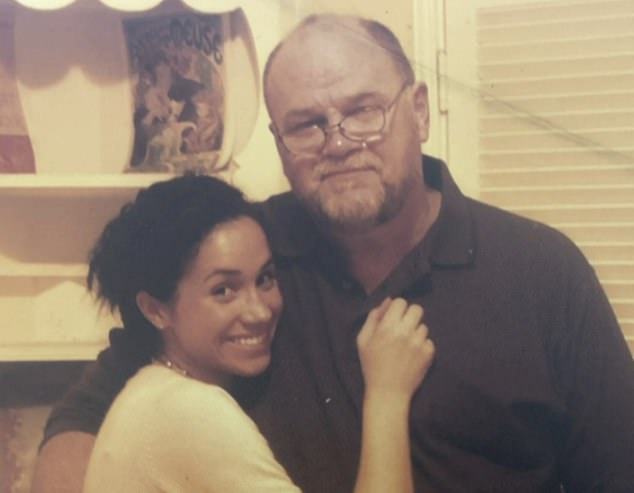 The Duchess of Sussex , 40, reached out to Thomas Markle’s camp after it emerged he left hospital following five days of treatment for a stroke

Retired Hollywood lighting director Thomas, 77, promptly sent his best wishes to the Queen for a happy Jubilee after suffering a stroke.

He said: ‘I feel hugely grateful and know how lucky I am to be alive.

‘I want to thank everyone, especially the wonderful doctors and nurses who saved my life. They are angels.

‘I have been deeply moved by loving messages I’ve received from all over the world. People have been so kind. I can’t speak right now, but I am working hard and will thank people properly when I can.’

It comes as reports suggested Mr Markle suffered a serious fall in the days leading up to his stroke.

Thomas, who had been preparing to mark the Queen’s Platinum Jubilee celebrations in the UK, told his friend Tom Bower he had ‘fallen’ but ‘thankfully, some good people picked me up from the pavement’, reports the Sun. 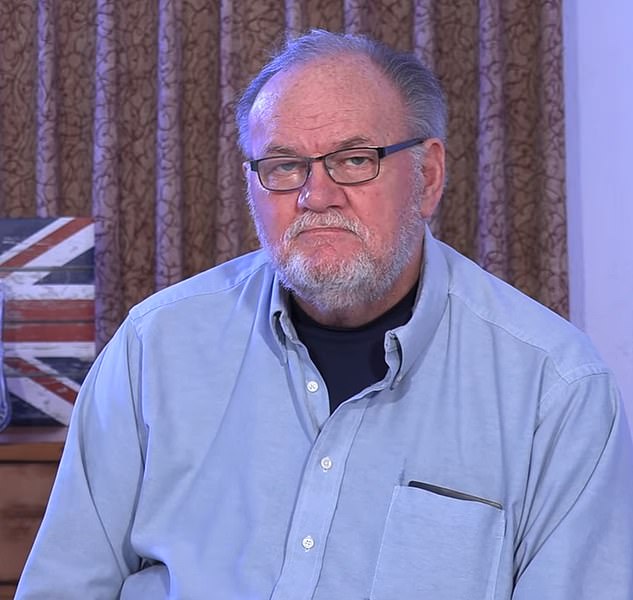 Mr Markle had been planning to fly to the UK this week to celebrate next weekend’s Platinum Jubilee, but the stroke on Monday night, which has left him with limited speech, scuppered the trip.

Writing on a whiteboard with a felt-tip pen, he said: ‘I wanted to come to pay my respects to the Queen. I wish her a happy Jubilee and many more years.’

The severe stroke was caused by a blood clot on the right side of Mr Markle’s brain.

He was rushed to a hospital near his home in Rosarito, Mexico, before being transferred by ambulance to the US border where an ambulance was waiting to ferry him to a hospital in San Diego, California.

He has been in a critical-care ward all week and has made what one doctor told him was ‘remarkable progress’.

While he is now able to speak a few words, he faces what he calls ‘an uphill battle’ to regain his power of speech.

‘I have lots of hard work to do and will do it,’ he wrote. ‘I want to get well. I’m so lucky to have had amazing care and love. Thank you everyone.’

Mr Markle was forced to miss his daughter’s wedding to Prince Harry in 2018 after he had two heart attacks just days before. 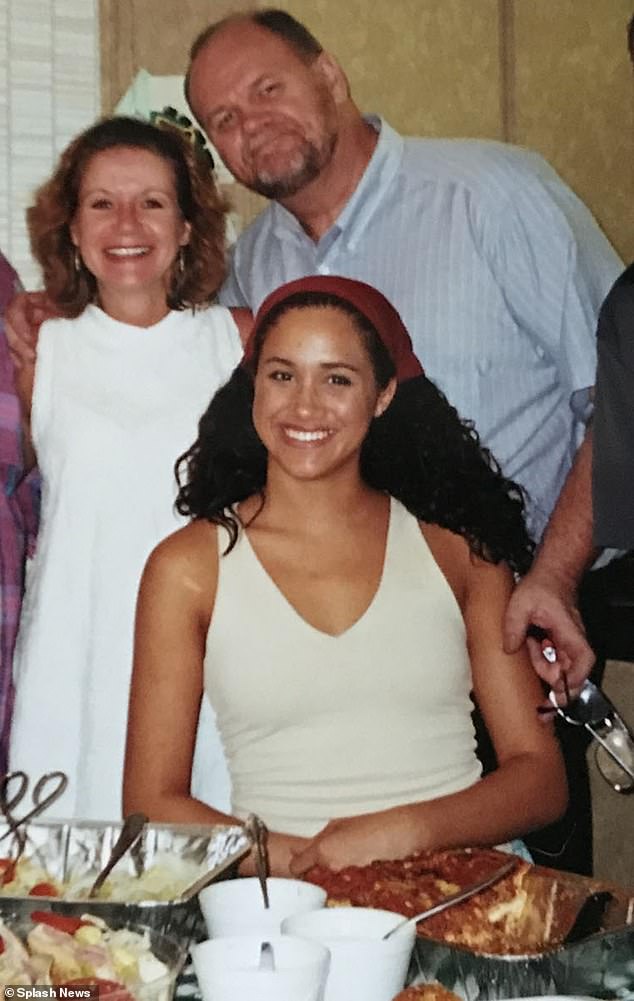 However, it is understood that Meghan is concerned about involving her half-siblings Thomas Jr, 55, and Samantha, 57, as she ‘believes they have their own agendas’

He blamed them on the stress he suffered after posing for paparazzi pictures to improve his image.

He has been estranged from his daughter ever since and has never met son-in-law Prince Harry or his grandchildren Archie, three, and 11-month-old Lilibet.

Mr Markle will be cared for by his 56-year-old son, Tom Jr, who drove 11 hours through the night to be with his stricken father. ‘I was visiting my son and his family in Oregon when I got the call,’ said Tom Jr.

‘I will be here for Dad and do whatever it takes to help him on his road to recovery. It’s been a terrible shock for everyone but Dad is a strong man and he is determined to get well.

‘He’s already started working with a speech therapist and is making great progress. We’ve received hundreds of messages of support for him from people all over the world.

‘We are so grateful for the outpouring of love for Dad.