A BITCOIN hunter is taking on crypto's lost billions as he is hired by investors who have forgotten their passwords or become locked out of their wallets.

Known online only as Dave Bitcoin, the cyber sleuth is tasked with using specialised software to generate and test millions and millions of potential passwords to try to access lost fortunes. 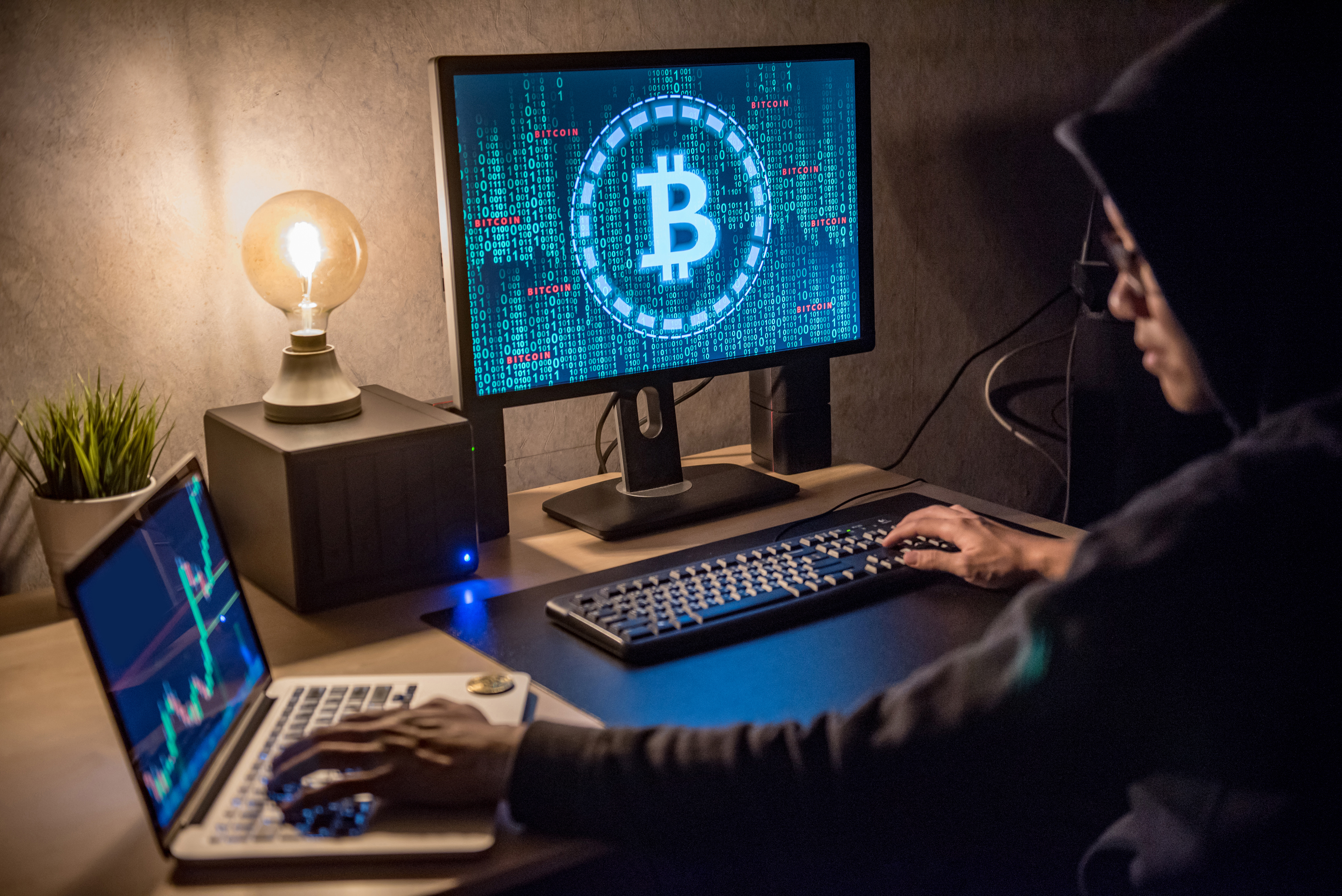 He told The Sun Online he receives up to 30 requests every day – numbers which can spike when crypto currencies start to enjoy boom periods.

Dogecoin's price spike earlier in the year saw numerous people who had purchased the coin get in touch with him.

And during Bitcoin's peak he received around 70 requests a day, with the coin hitting all time highs of around $62,000.

"Most of these requests don't end up in me working on a wallet though," he said.

"Many times, I'm guiding folks on how to locate their wallet on their computer or letting them know it's impossible for me to help if they've been scammed or lost their seed words."

And it can take anywhere from 30 minutes to many years to unlock one of these accounts, depending on how much information the client can give them.

While not wanting to say what the biggest sum is he has accessed, he says the values can be "large" and "life changing" for his customers.

"The most common story is people who have some BTC or ETH locked in a wallet and they set a password that they memorised and have now forgotten it," Dave told The Sun.

"Some people take extraordinary measures to protect their seed words/password.

"So much so, that it becomes difficult for them to retrieve it later.

"I've seen many cases where the customer added extra special characters to the password they noted down as an extra protection in case someone found their saved copy and later forgot the additions they made.

"Another recent example is someone who engraved their seed words in the beams behind one of the walls of their house and later found they are not legible due to weathering." 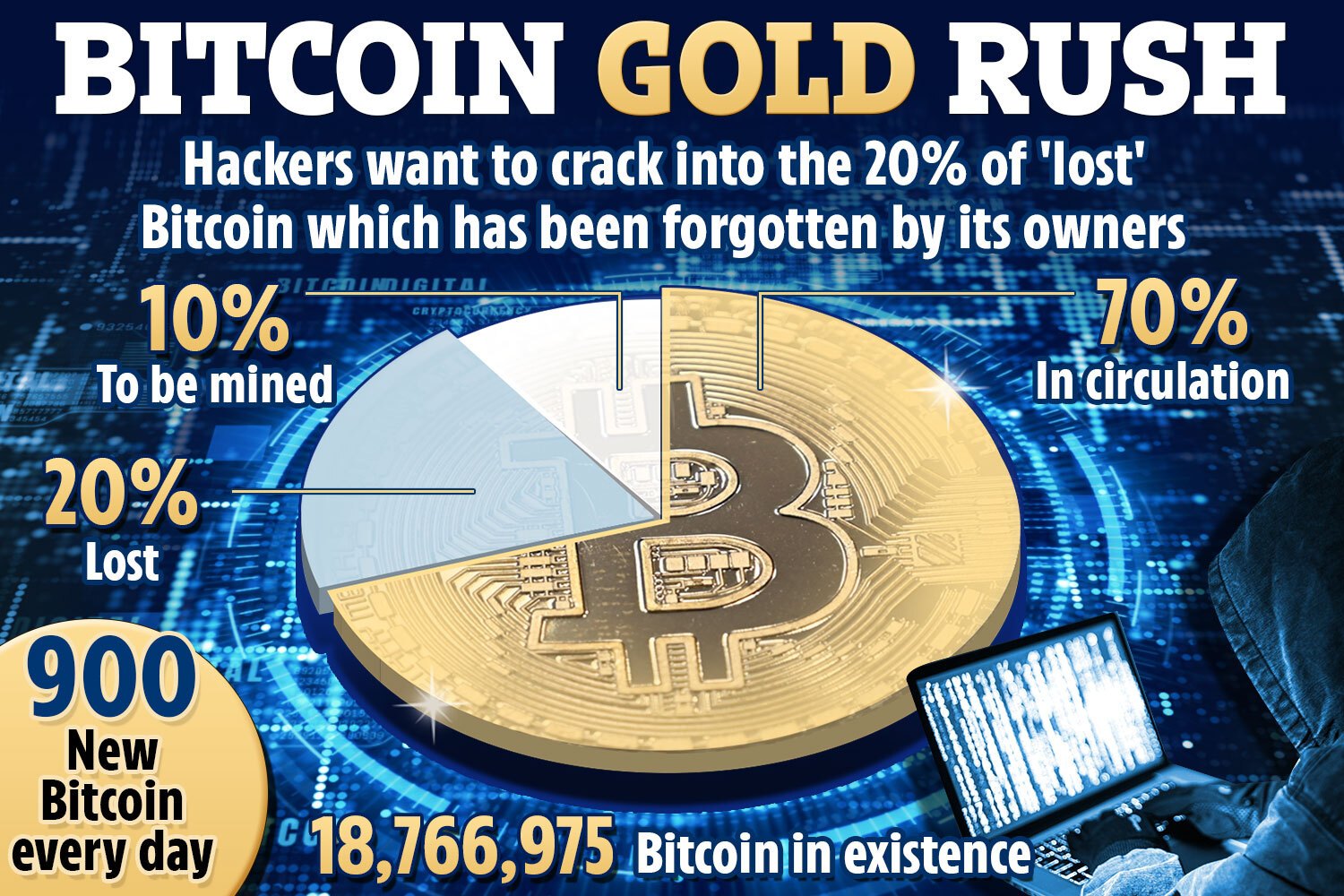 Crypto data firm Chainalysis believe some one fifth of all Bitcoin in existence has now either been lost or forgotten – some of it believed to be impossible to access – with a current value of around $140billion.

Many early adopters who purchased the coin on a whim during its early years may have forgotten then fortunes, only to then find they could be worth millions – or even billions.

Dave told The SunOnline he believes this estimate of lost crypto seems "high" – but added it "may be true".

He said the biggest risk to losing your crypto is simply sloppy bookkeeping, not keeping your password or seed words and not backing up your wallet.

However, Dave explained he believes he has been contacted "many times" since setting up WRS by people wanting to gain access to a wallet to steal the coins inside.

"One of the ways I guard against this scenario is that I don't work on wallets if the customer claims they have no idea of the password and want me to try a brute force," he said.

"For example, if the password ends up containing the name of a football club and nothing along those lines was suggested by the customer, I would ask them what FC they might have used in a password."

Dave explained he often doesn't hang on to the Bitcoin or crypto he manages to unlock – instead he sells it on quite quickly as he wants to use the income.

And when asked if he had an advice for wannabe crypto investors, he warned them against falling into "get rich quick" traps – describing digital currency as a "mixed bag".

"I would advise people to do some research and understand that not all cryptos are equal," he said.

"It is worth finding and following a few personalities on Twitter/podcasts to keep tabs on their take on the current situation in the crypto world."

Dave added: "My personal advice would be to allocate a portion of one's monthly savings into BTC & ETH and plan on holding it for some number of years (at least 5).

"I think this approach is the safest way to build some crypto wealth without making an overtly big bet, taking on the risk of leveraged trading or trying to chase some alt-coin runup."

The Sun Online previously revealed some of the biggest Bitcoin scams and heists in history – which have seen billions in crypto stolen.

It includes the case of the "The CryptoQueen" who is believed to have $13billion worth of the currency, and a Bitcoin boss who may have faked his own death.