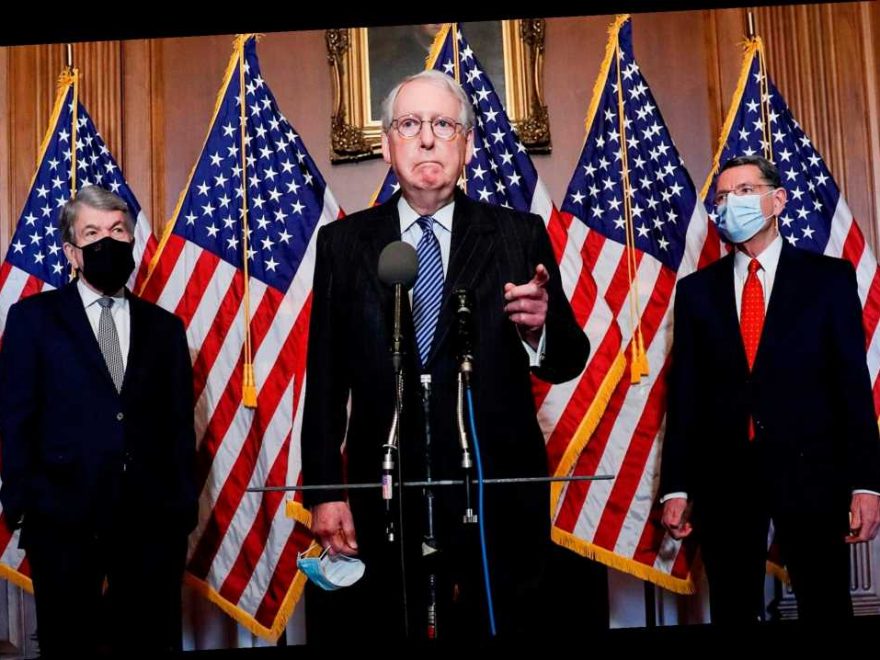 President Trump is set for his last stand: Goodwin

Senate Majority Leader Mitch McConnell has reportedly told his Republican members that they must each make the decision for themselves on whether to object to certifying Electoral College results, and that he “won’t judge anybody for their decision.”

During the call, McConnell (R-Ky.) told GOP lawmakers that, “this is a very difficult decision for each one of you, you each have to make it yourselves.”

“I’ve voted twice on declarations of war,” the top Senate Republican was quoted by Cramer as saying, “This is right up there.”

“But,” he continued, “there’s a lot of noise out there and I won’t judge anybody for their decision.”

A spokesperson for McConnell did not immediately respond to The Post’s request for comment on the report.

While he has remained wholly opposed to GOP objections to certifying President-elect Joe Biden’s Electoral College victory, McConnell, the outlet reports, is not actively pushing his conference against the effort led by Sens. Josh Hawley (R-Mo.) and Ted Cruz (R-Tx.).

Instead, the Kentucky senator is “offering guidance when it’s sought, fielding calls from at least half the Senate GOP,” according to a source familiar with the matter, speaking to Politico.

Cruz will lead a group of Republican colleagues in objecting to the certification of at least three states: Arizona, Georgia and Pennsylvania.

States like Michigan, Nevada and Wisconsin could also be added.

Long viewed as a routine legislative affair, this year’s certification process will be unlike any other. The reason: dozens of House Republicans will be joined by at least 12 GOP senators to object to certifying the results.

It has been commonplace for House lawmakers on both sides of the aisle to challenge the election results during the certification process, something they are permitted to do under the Electoral Count Act of 1887.

What isn’t common, however, is any senator joining the effort, let alone 12.

The Electoral College went 306-232 for Biden, but President Trump has alleged that widespread fraud tipped the results in must-win swing states. Courts have rejected those claims, and Trump has refused to concede.

The effort is not expected to be successful in overturning Biden’s victory and has largely been criticized as a litmus test for lawmakers’ support for Trump, though Cruz has argued that his only motivation was to launch a commission on voter fraud.