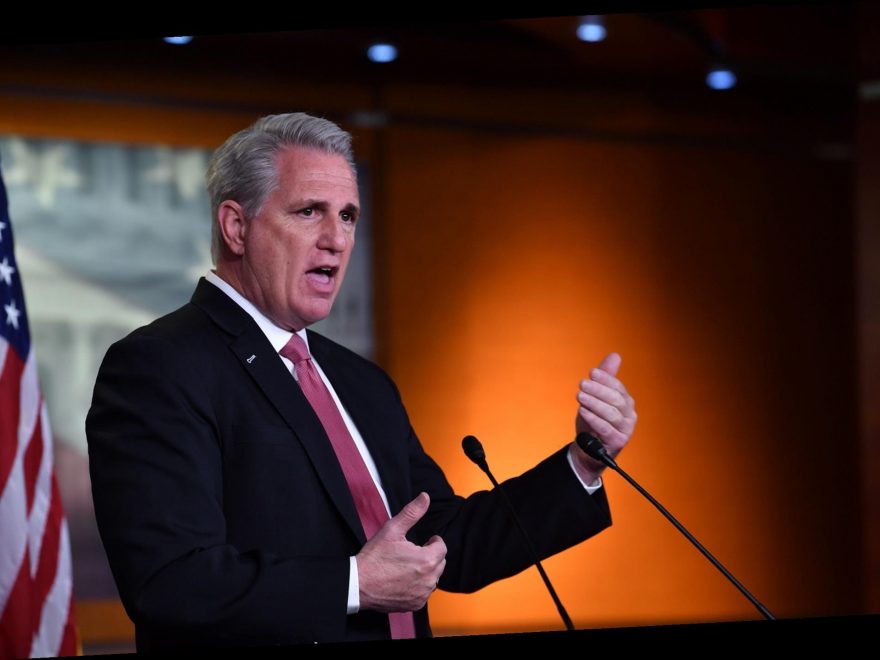 House Minority Leader Kevin McCarthy will lead a delegation of Republican lawmakers on a tour of the US-Mexico border on Monday, turning up the heat on President Biden to act on the growing humanitarian crisis.

Thousands of Central American migrants have rushed the crossing since Biden’s inauguration. It has overwhelmed border security and created a logjam that includes thousands of unaccompanied children kept for days in cramped, jail-like detention facilities while awaiting transfer to federal shelters.

Many of the migrants are also testing positive for COVID-19, refusing to stay quarantined in hotel rooms afforded them in border towns — leaving locals on edge, according to a post on McCarthy’s (R-Calif.) government website previewing the trip.

“[T]hese are American citizens who deserve the same protections and safeties as any other American,” the post says, referring to border-area locals who say the surge has brought an increase in crime. “The border may be thousands of miles away from Washington, but their stories need to be told — and lawmakers and the Biden administration need to hear them.”

Since Biden has taken office and worked to roll back the more stringent immigration policies of his predecessor, President Donald Trump, deportations have plummeted, as have arrests by federal Immigration and Customs Enforcement.

Earlier this month, McCarthy said that he sent a letter to Biden requesting a meeting over the border crisis, but didn’t even receive a response.

The federal coordinator for the border, Roberta Jacobson, has acknowledged that mixed messaging by the Biden administration may be contributing to the surge, and White House Press Secretary Jen Psaki has admitted that the administration could be doing more to prevent the influx of migrants.

But both have refused to characterize the spiraling situation as a crisis.