A man has been found guilty of manslaughter after he bashed his friend to death at a park on Sydney's northern beaches two years ago.

Mathew Flame, 22, faced trial in the NSW Supreme Court accused of murdering Liam Anderson, 26, at Pavilion Reserve at Queenscliff on the morning of November 4, 2018. 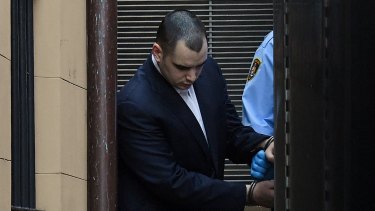 Mathew Flame is led away from court during his trial.Credit:Kate Geraghty

Flame did not deny killing Mr Anderson – the son of Rose Tattoo frontman Gary "Angry" Anderson – but argued he did not murder him, because he was experiencing a psychotic episode caused by schizophrenia and believed his friend was a demon who wanted to kill him.

"[He believed] that he had no choice but to kill his good friend," defence barrister John Stratton, SC, said.

However, prosecutors argued the psychosis was caused by Flame taking a large amount of MDMA and, although he was later diagnosed with treatment-resistant schizophrenia, it did not cause his behaviour on that night.

On Thursday, a jury found Flame not guilty of murder but guilty of manslaughter after deliberating for about two days. 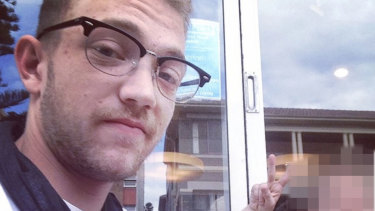 The three-week trial heard Flame and Mr Anderson had a night out at the Burdekin Hotel in the city on November 3 and ended up at a friend's house in Queenscliff in the early hours of November 4.

During the night, Flame took eight to 10 MDMA capsules, which was an unusually large number for him. He also drank alcohol and smoked cannabis. He took the final capsule at the Queenscliff house just before 6am. A witness observed he became "closed-off".

He walked away from the house, with Mr Anderson following behind him to make sure he was OK. 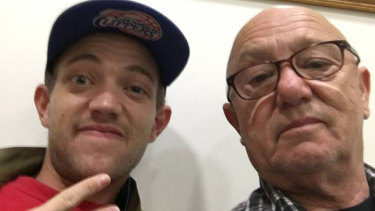 A short time later, American tourist Trevor Buchert saw Flame stomping ferociously on the head of Mr Anderson, who was lying on the ground face down.

"The blows were so severe I thought they would be fatal," Mr Buchert said in a police statement.

"I could see the victim turn his bloodied head towards me and he called out, 'Help me, help me, help me' in a desperate manner as loud as he could.

"At no time did the injured male fight back or do anything apart from being viciously attacked."

Mr Anderson died from blunt-force head injuries before he could be taken to hospital.

Prosecutor Gareth Christofi said Flame experienced a drug-induced psychosis on that night, which was demonstrated by his psychotic state spontaneously ending at Manly police station as the drugs wore off. Flame also showed no psychiatric symptoms for seven weeks after going into custody, the prosecutor said.

Three psychiatrists gave evidence at the trial about Mr Flame's psychosis, and whether it was caused by drugs or an underlying mental condition.

Professor David Greenberg said that Flame did not have a "disease of the mind" on November 4, and what affected him was the external factor of prohibited drugs.

Kerri Eagle told the court that schizophrenia was already present in Flame's mind on November 4, but cannabis and MDMA brought it out, triggered it or made it worse. Dr Eagle said the absence of any signs of mental illness for seven weeks in custody could be because the symptoms were simply missed.

Stephen Allnutt said drugs played an important role that day, and without them Flame would in all likelihood not have become psychotic. But Dr Allnutt said it could be safely reasoned that Flame did have a disease of the mind at that time, schizophrenia.