Victoria's mask policy is expected to be relaxed as soon as next week.

With just one active case of COVID-19 in Victoria and 22 days straight without new infections or deaths, experts anticipating face coverings will be among the rules eased by Premier Daniel Andrews on Sunday.

Victoria's infection-free run sets the scene for the Premier to further relax restrictions before the state reaches the milestone of 28 days without a mystery case — widely considered to be the definition of eliminating COVID-19. 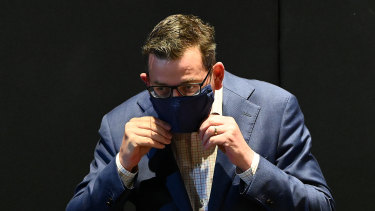 The Victorian government has mandated the use of masks in public places.Credit:Getty

The last case of unknown transmission in Victoria was recorded on October 29. Extending that streak to Thursday would meet the state government's goal for "COVID-normal", which would trigger a further easing of restrictions.

While the Premier has long advocated for masks, the rule requiring them to be worn outside at all times is expected to change. Instead, masks would be worn indoors in high-risk settings and outdoors when people cannot socially distance.

"It's time to go there," he said. "The risk is if we have community transmission, but come Thursday this week it will be 28 days since a case, which meets the working definition of having eliminated COVID-19.

"It makes no sense to wear [masks] from then."

Deakin University chair of epidemiology Professor Catherine Bennett said she suspected the rule would be changed to avoid people having mask-fatigue.

She said it would be a trade-off to ensure people continued to wear them inside.

"I'm hoping [Premier Andrews] is confident enough in the risk and in people's behaviour that they will buy into this," she said. 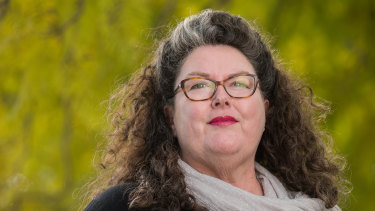 Professor Bennett said the risk of contracting COVID-19 while outdoors with family and friends was "sufficiently close to zero".

But she said wearing masks inside would help slow further spread if the virus started circulating in the community.

She said an alternative plan was to wait to reach 28 days of no mystery cases and then loosen restrictions even further.

The trigger point for COVID-normal also includes zero active cases in Victoria and no outbreaks of concern in other states or territories.

"I think that's the question, whether they will take a bigger leap," she said.

Opposition Leader Michael O'Brien said on Saturday that the mask rules should be "relaxed not axed".

Victoria is tipped to move to its last step of restrictions on Sunday, allowing gatherings of up to 10 people in the home and 50 people outdoors. 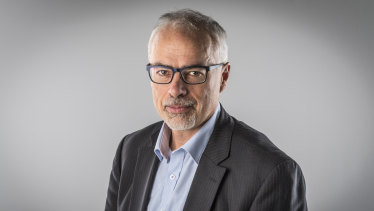 Caps on indoor patrons at hospitality venues will rise from 40 to 100 people, subject to density limits, while 200 people will be allowed to gather outdoors, up from 70.

Gyms will be allowed to operate with up to 100 people, although a group limit of 20 people will apply. Organised contact sports can resume for all ages, with limitations on spectators.

Hotel quarantine will also resume on December 7, five months after the international traveller program was shut down for sparking Victoria's second wave.

Professor Blakely said one of the lessons learned from Victoria and other states was that hotel quarantine could not be made 100 per cent risk-free.

However, while many Australians were looking to come home from the northern hemisphere, he said that international students from Asian countries should be considered because of low infection rates.

"Once Christmas is over we need to get rational about a more serious border policy," he said.

The latest day of zero cases comes as Victoria's daily testing figures remained above 17,000 for most of the week. 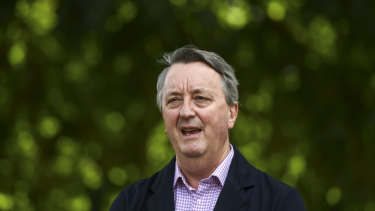 "This is one of the remaining immuno suppressed members of our community who have had the virus for some time," he said.

In South Australia, at least 20 detectives are investigating the Adelaide pizza shop where an employee on a temporary graduate visa lied to contact tracers, plunging South Australia into the hardest lockdown in the country.

The worker, who initially claimed he was a customer at the Woodville Pizza Bar, is a 36-year-old Spanish man, lawfully in Australia on a temporary graduate visa which is due to expire in mid-December.

The pizza shop in Adelaide's north has been under police guard since Premier Steven Marshall made the revelations about the worker's lie on Friday.

The lockdown in South Australia is due to end on Saturday night, three days earlier than planned after authorities uncovered the pizza shop worker’s lie.

With Natassia Chrysanthos and Martin Boulton