Mariah Carey is being sued over her chart-topping holiday hit “All I Want For Christmas Is You.”

In a civil lawsuit filed on Friday, songwriter Andy Stone (who performs under the stage name Vince Vance and the Valiants), is seeking at least $20 million in damages from Carey, along with her co-writer Walter Afanasieff and label Sony Music Entertainment (SONY), after alleging “copyright infringement and unjust enrichment”over a song he wrote in 1989 also titled “All I Want for Christmas Is You.”

Aside from the title, the songs do not have the same lyrics, nor do they sound similar. Carey’s version is an upbeat pop tune, while Stone’s is a country ballad.

Still, the songwriter claims that the defendants failed to seek “permission” to use the song’s title. 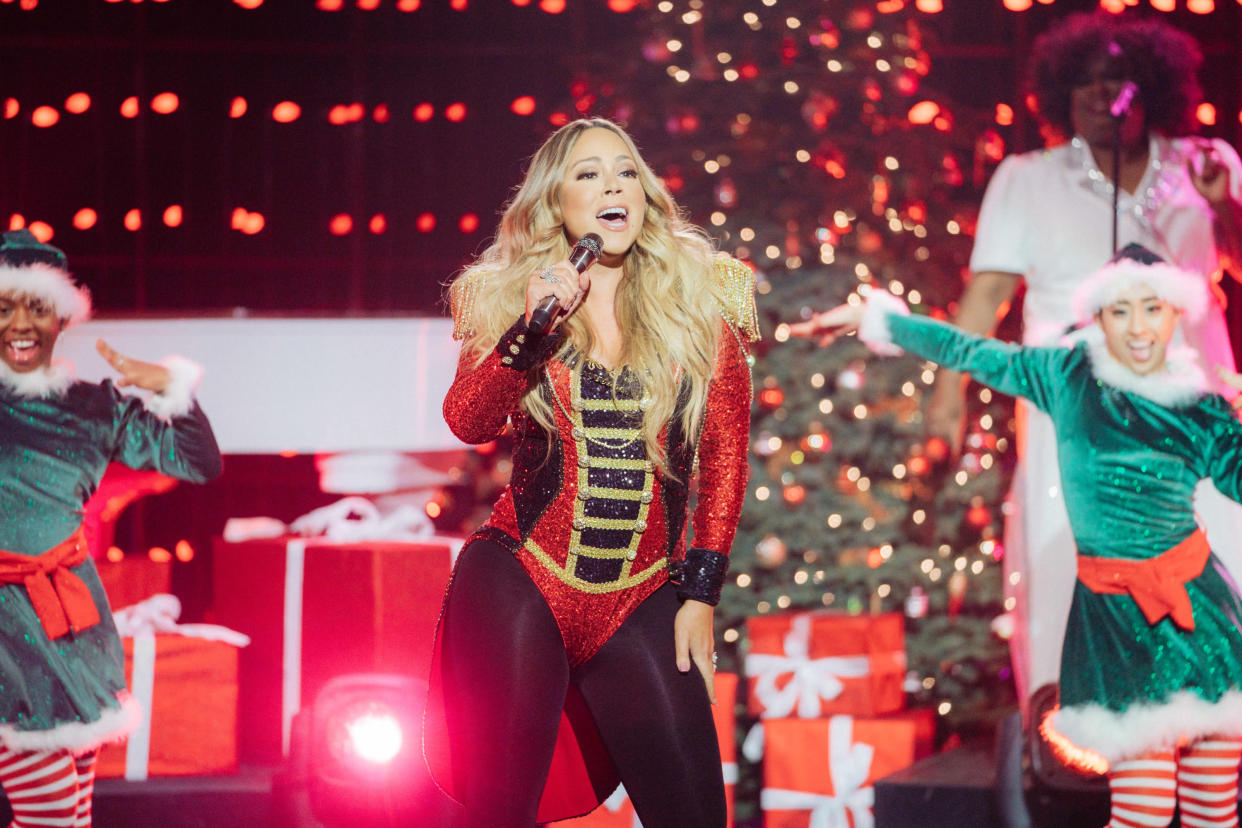 But one lawyer says that the relationships between the two songs is “unclear” — and that it will be “hard” for Stone to prove copyright infringement given the stark differences.

“The copyright registration is for the musical composition and the lyrics — it’s not for the title. You can’t copyright a song title,” trademark attorney, David Leichtman, explained to Yahoo Finance.

“It is very unclear what he’s suing over,” the attorney continued, adding that it will be difficult for his lawyers to argue “with a straight face that the song is substantially similar.”

Yahoo Finance reached out to representatives for Mariah Carey and Sony but has yet to hear back.

According to the filing, Stone is “a self-employed artist in the business of performing, selling and licensing his copyrighted music and earns his livelihood from fees received from these activities.”

The songwriter claims his song received “extensive airplay” during the 1993 Christmas season — so much so that it began making appearances on the Billboard music charts the following year.

His attorney allegedly reached out to the defendants in December 2021 but was “unable to come to any agreement” over the song’s usage.

“All I Want For Christmas Is You” first hit the airwaves in 1994, but it took a whopping 25 years before the track finally reached number one on the Billboard Hot 100 list in 2019. Since then, the song has climbed its way back to that top spot every year — becoming the first song in the chart’s history to have led in three distinct runs on the ranking, the outlet reported.

The fervor over the holiday tune has bled into streaming performance.

So far, the song has been streamed over 1 billion times on Spotify (SPOT), thus contributing some serious cash to the singer’s pockets as royalty figures skyrocket.

In total, Carey has amassed a reported $60 million-plus in streaming income over the years — which doesn’t even include extra cash through album sales, downloads, licensing and other types of royalties.

Alexandra is a Senior Entertainment and Food Reporter at Yahoo Finance. Follow her on Twitter @alliecanal8193 and email her at [email protected]