AN angler was left bloodied and bandaged after being bitten by a shark — off West Sussex.

Des Butler, 51, was with pal Alan Baldwin, 56, when they landed a 6ft tope a few miles from Littlehampton. 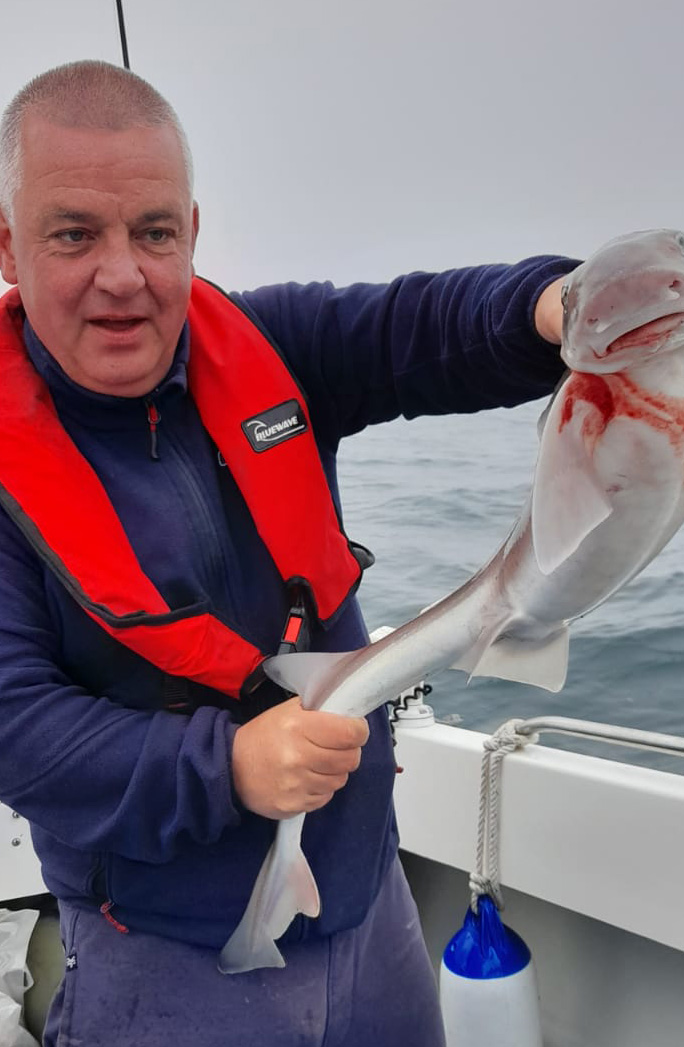 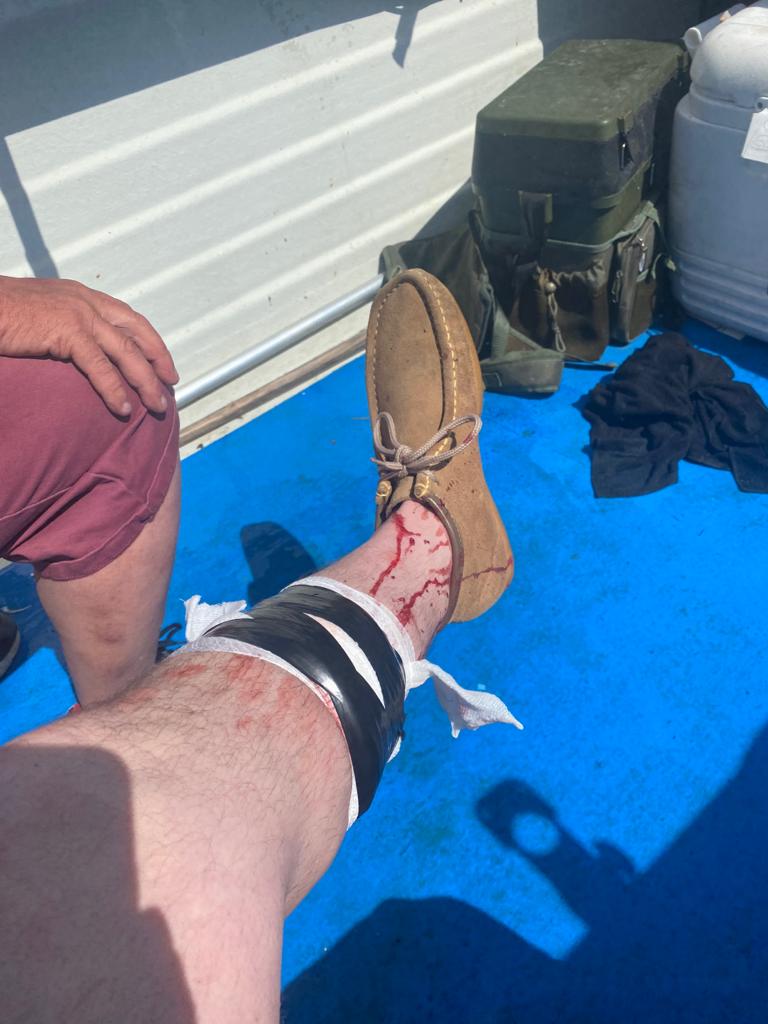 As they tried to unhook it, the shark flipped round and clamped its razor sharp teeth on Des’s calf.

They wrestled it overboard before Alan got a first aid kit and bandaged the wound.

After a dash back to port and a visit to hospital to get stitches in his leg, Des insisted he would not be put off sea fishing.

He said: “I shall be back out there, maybe with a bigger boat as they said in Jaws.”

The incident happened last weekend as the pair headed out on their 17ft boat Yeah Buoy.

Tope are common around Britain but have not previously been known to attack humans.

Fibre optics engineer Des, from Copthorne, West Sussex, said: "I've never felt anything so painful in my life. It was like being stabbed by lots of little daggers at the same time.”

Blood was pumping out so the pair, also fearing an infection, returned at full pelt to shore and headed for the nearest hospital. 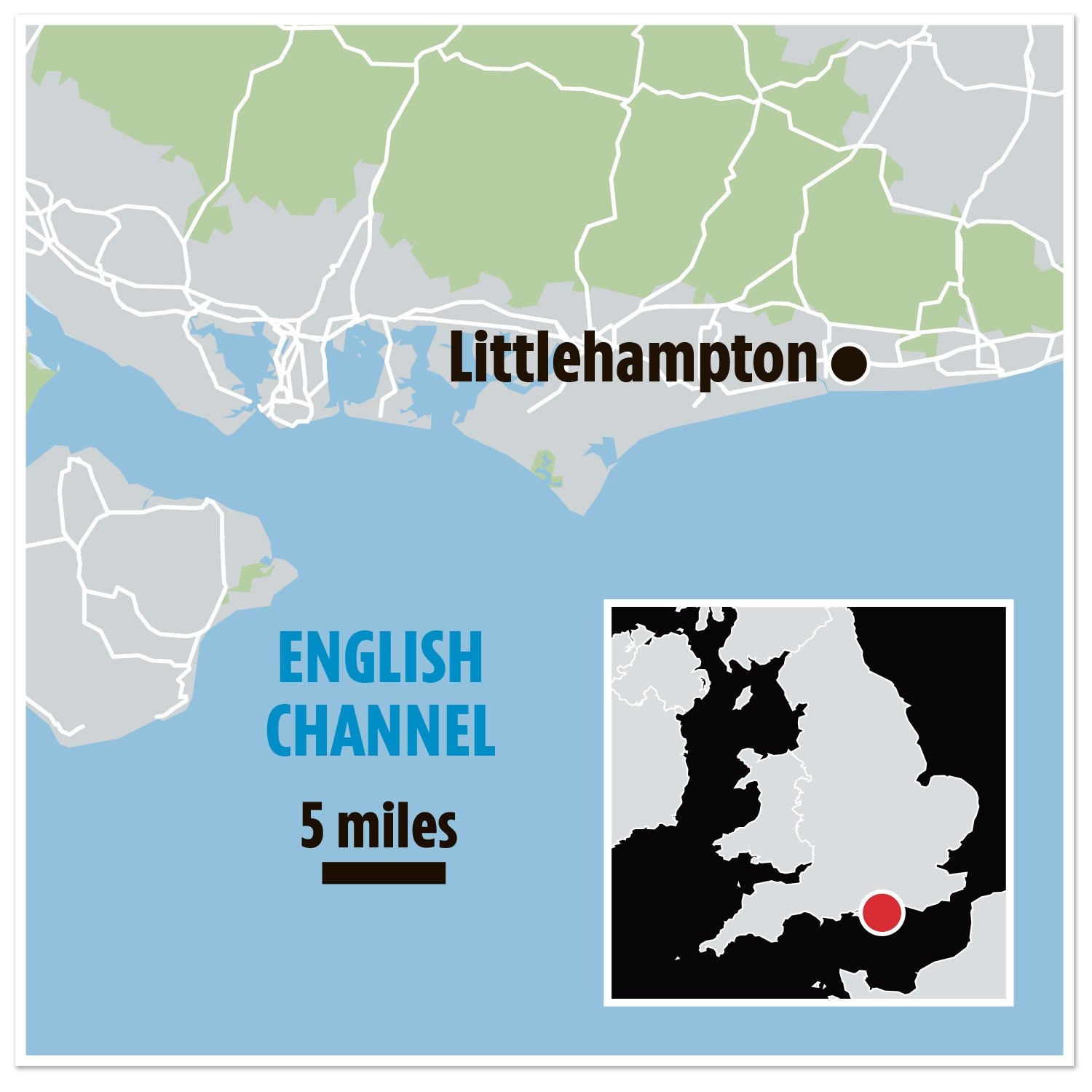 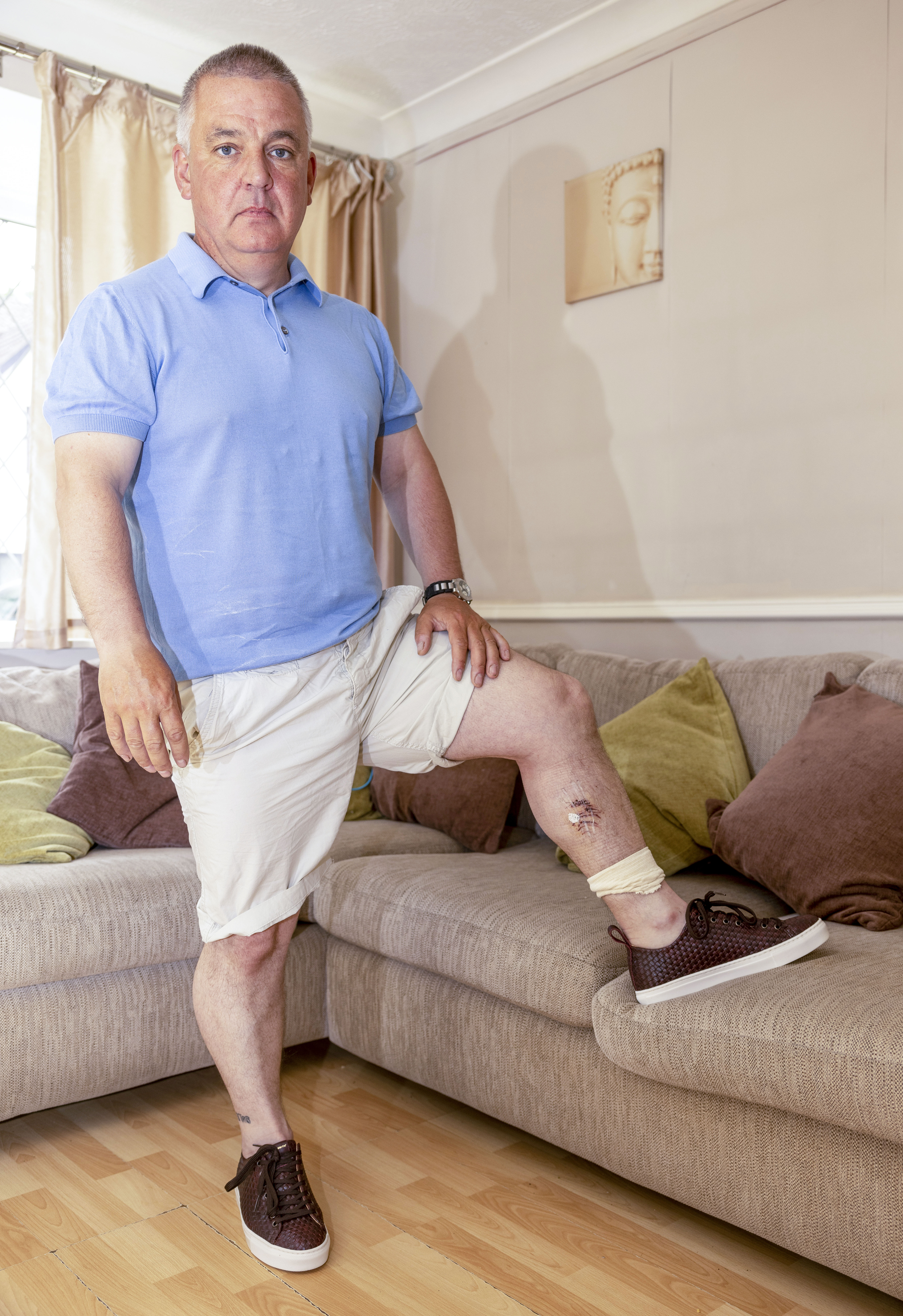 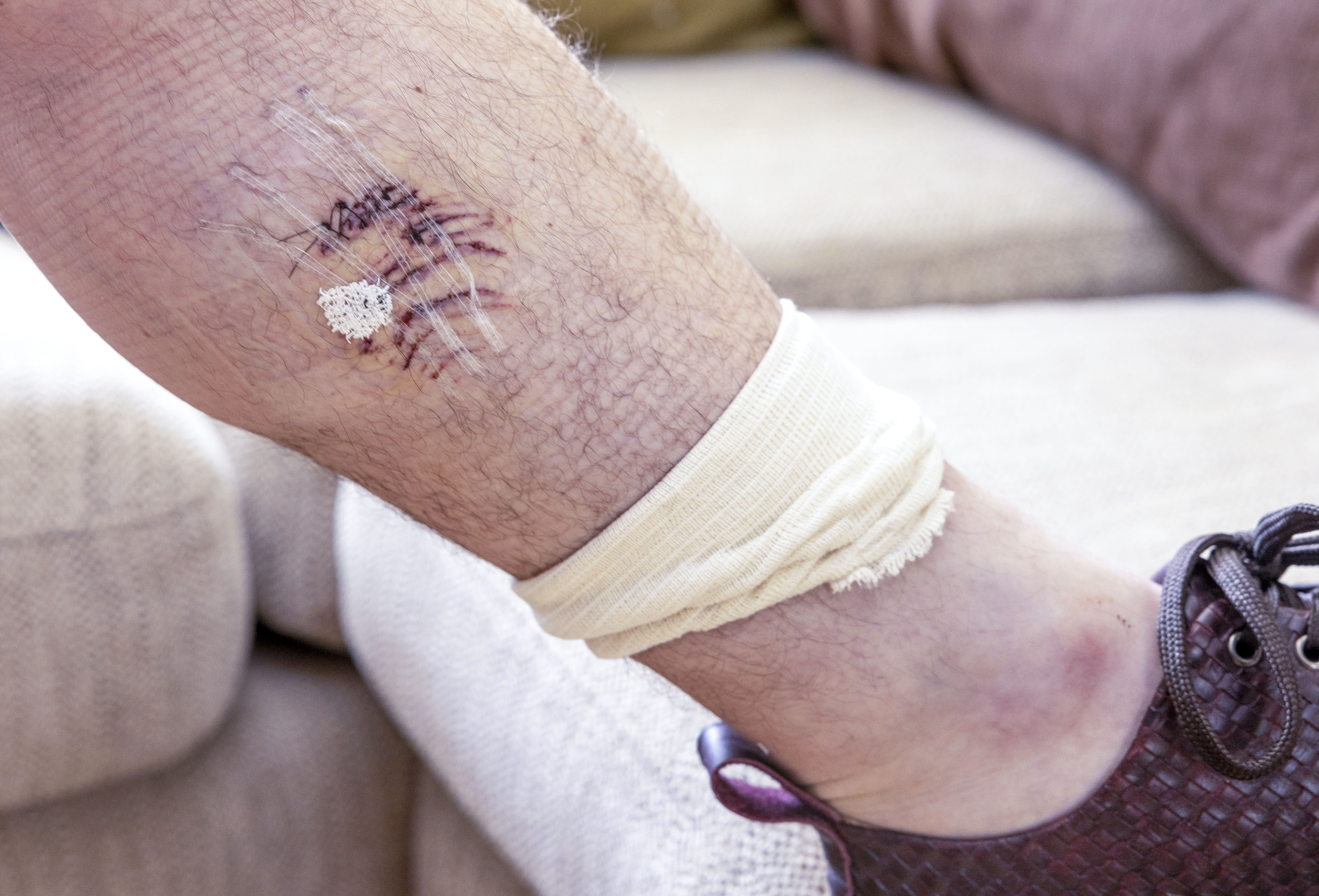 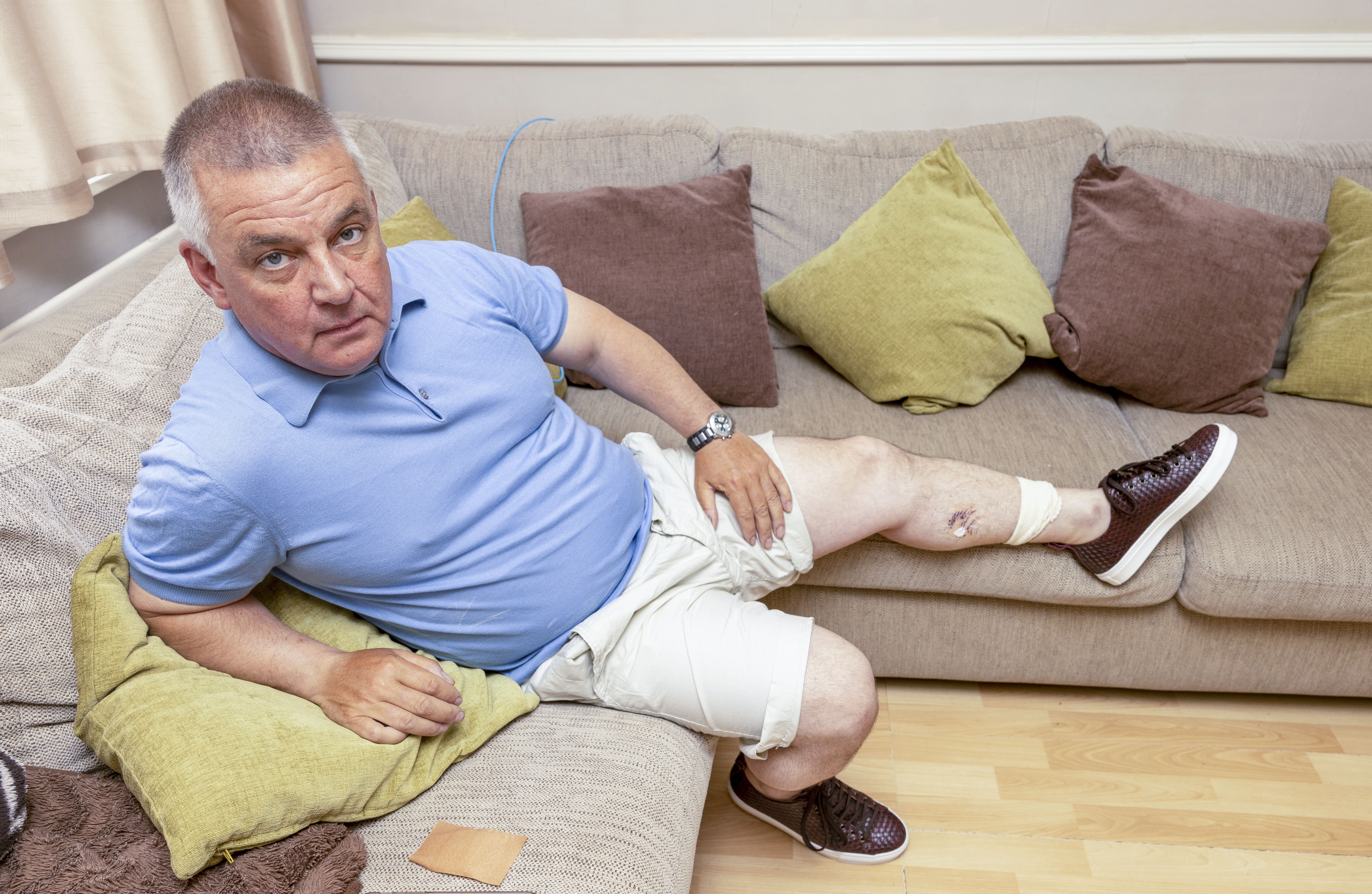 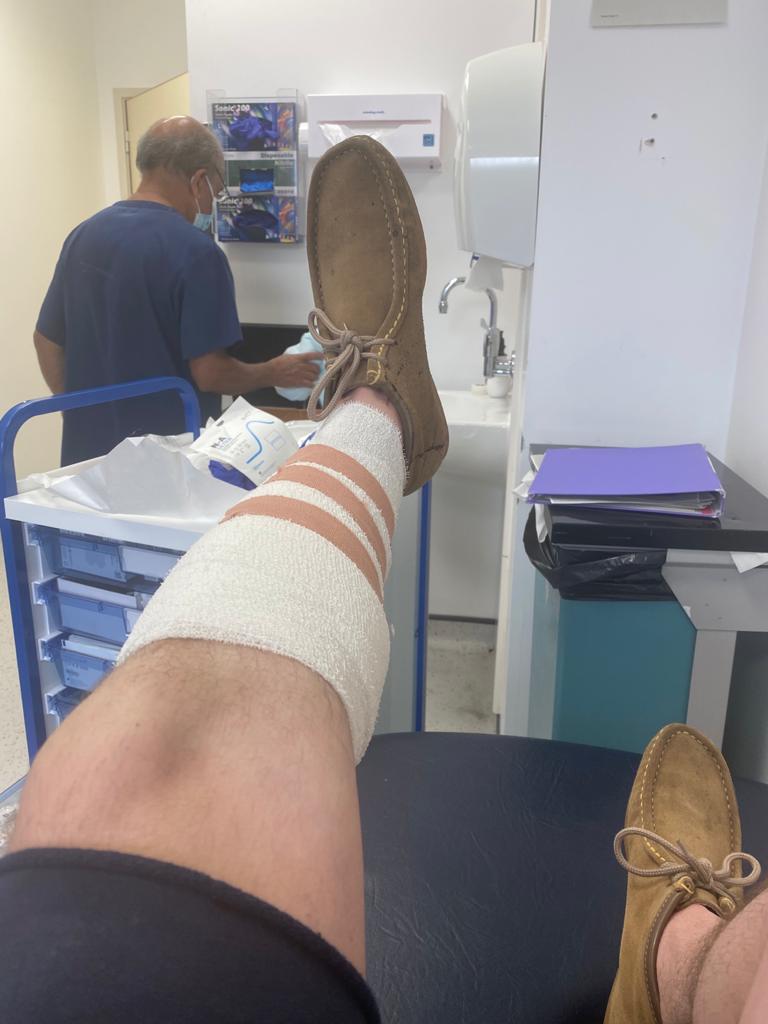 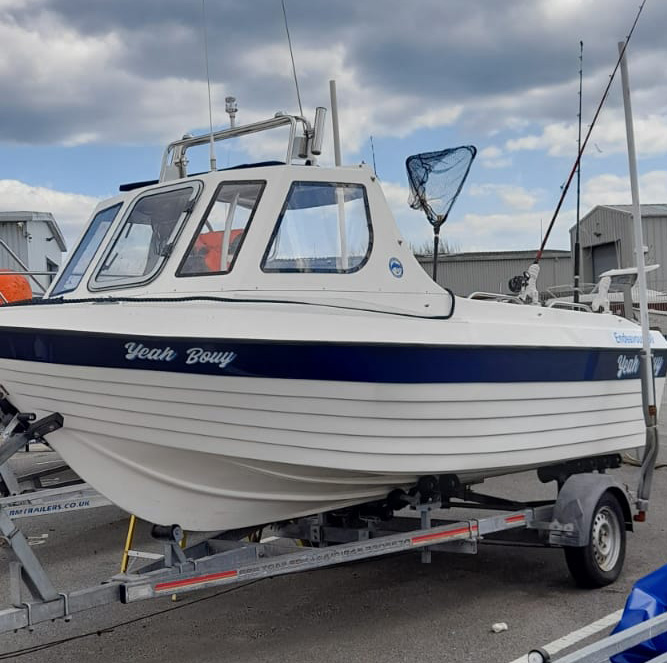 Des said: “You should have seen their faces when I said ‘a shark’.

“The doctors took the bandage off and one of them said, ‘Oh yes, so you have’.”