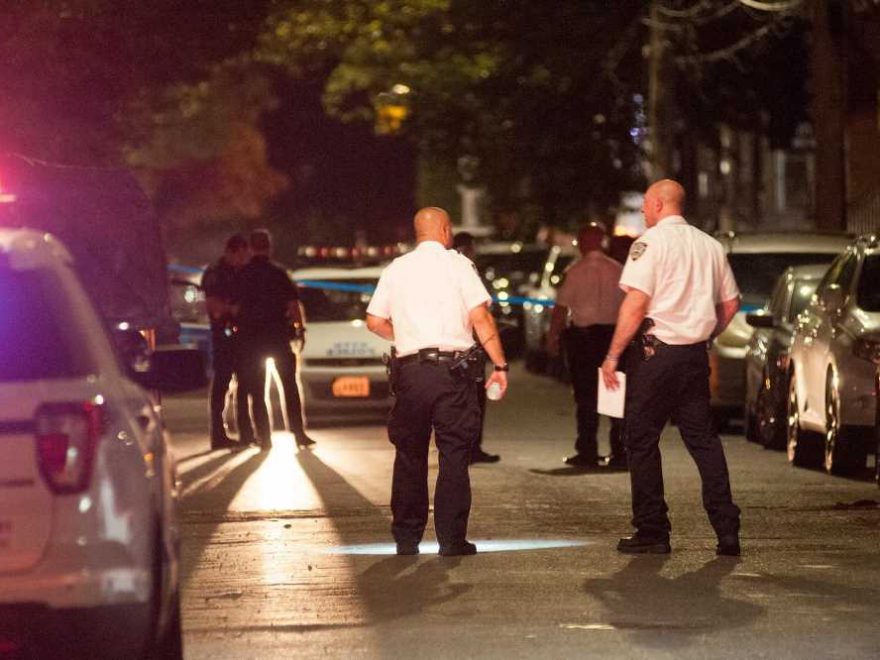 5 people wounded in spate of shootings across NYC: Cops

One man died in Brooklyn, and seven others were hurt in five separate incidents overnight in the five boroughs, police said.

The 38-year-old man was found shot in the chest just after 10 p.m. Friday in front of 763 58th St. in Sunset Park, police said. He was brought to Lutheran Hospital but did not survive.

About an hour later in Inwood, two women were shot, both in the right thigh, just after 11 p.m. after some sort of dispute with a man who fled westbound on Dyckman Street, polices said. The victims, 38-and 26-years-old, were taken to St. Barnabas Hospital.

Two apparent bystanders were wounded in crossfire early Saturday when three unidentified men on motor scooters opened fire on at least one other man on a moped near 1315 Amsterdam Ave. in Harlem, police said.

A 28-year-old man was shot in the left knee and a woman, 33, was grazed in the arm in the 4:41 a.m. incident. They were taken to St. Luke’s Hospital for treatment, according to NYPD Det. Arlene Muniz.

And at 7:15 a.m. Saturday, two men, ages 31 and 23, were shot inside Irving Square Park in Bushwick. While police were investigating the scene, two shots rang out one block away, where a 23-year-old man was found shot at least once in both legs.

Police said the three victims were taken to the hospital but all were “uncooperative” and no further information was available.