A man has been injured after he fell into the caldera of the Kīlauea volcano on Hawaii’s Big Island, according to officials.

The man fell from a 300-foot cliff after climbing over a permanent metal railing at the Steaming Bluff overlook to get closer to the edge, according to a press release from Hawaii Volcanoes National Park. He was rescued by park rangers.

Another visitor reported that the man had fallen around 6:30 p.m. Wednesday. Search-and-rescue crews found him alive but seriously injured on a narrow ledge about 70 feet down from the cliff around 9 p.m., officials said.

Rescue crews were able to extract him from the ledge using ropes and a helicopter from the Department of Defense, according to the park. He was then airlifted to Hilo Medical Center for urgent care.

A caldera is a cauldron-shaped hollow that forms after a large volume of magma erupts in a short period of time. Last year, a series of eruptions at the Kīlauea volcano prompted widespread evacuations in the surrounding areas. Kilauea is one of five volcanoes on the Big Island and is one of the most active volcanoes in the world, according to the U.S. Geological Survey. 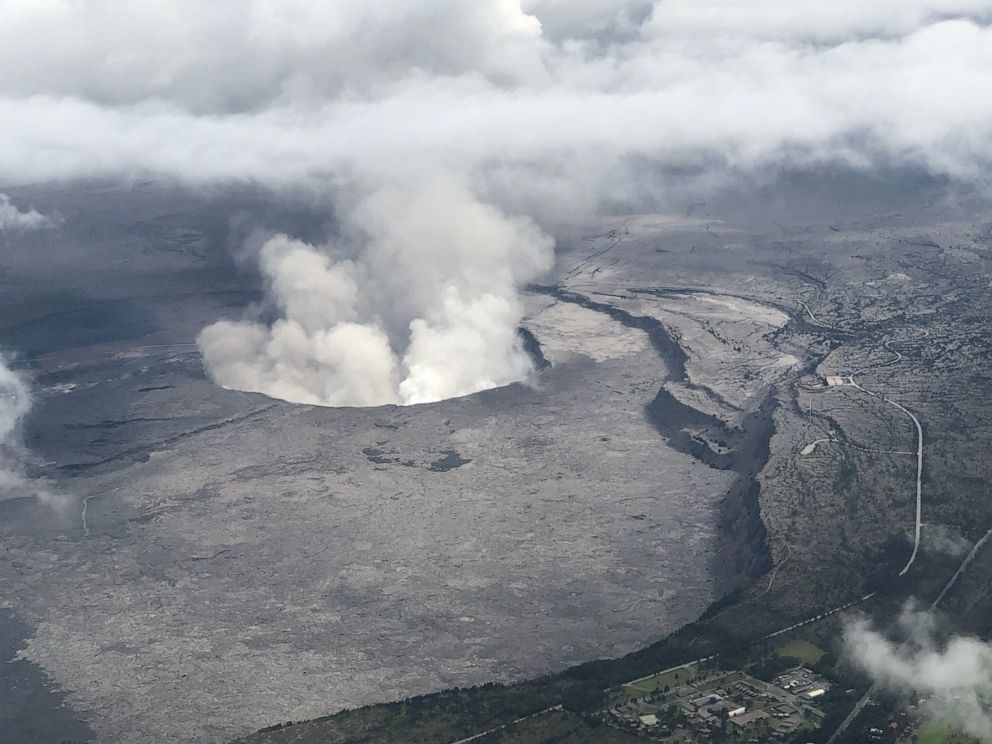