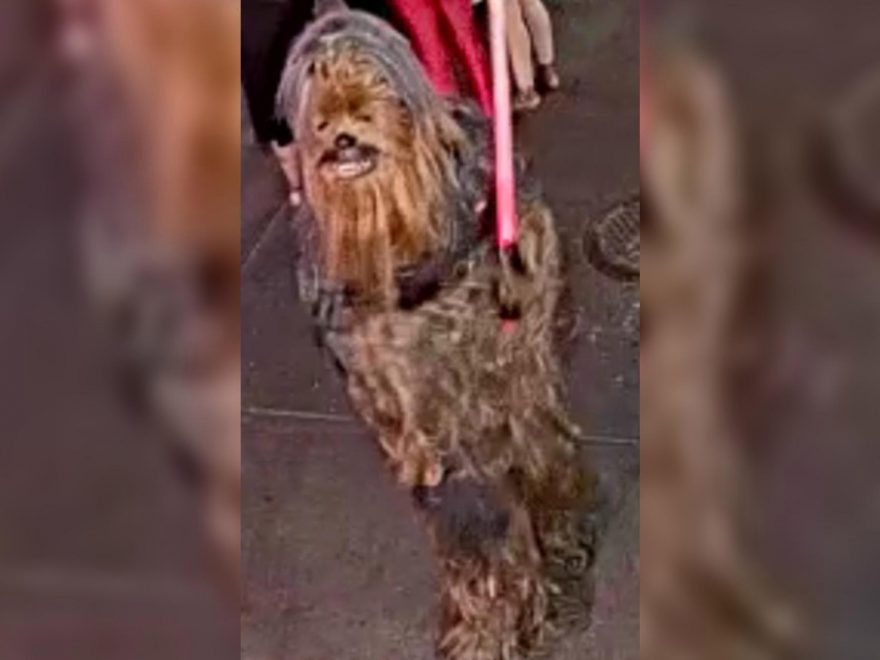 Have you seen this Wookiee?

Police in New Orleans say a person in a Chewbacca costume stabbed someone during a fight in the city’s French Quarter.

Cops on Monday released a photo of their suspect — dressed as the furry “Star Wars” character and holding a red lightsaber — in the hopes of identifying him.

The street performer, believed to be a man in his 20s, knifed the victim during an argument Saturday at around 8:50 p.m. in the tourist-friendly district, police said.

The head of the creep’s costume came off during the squabble, a witness told cops, according to NOLA.com. The photo of the suspect showed him with the Chewbacca head still on.

The condition of the victim was not immediately released.