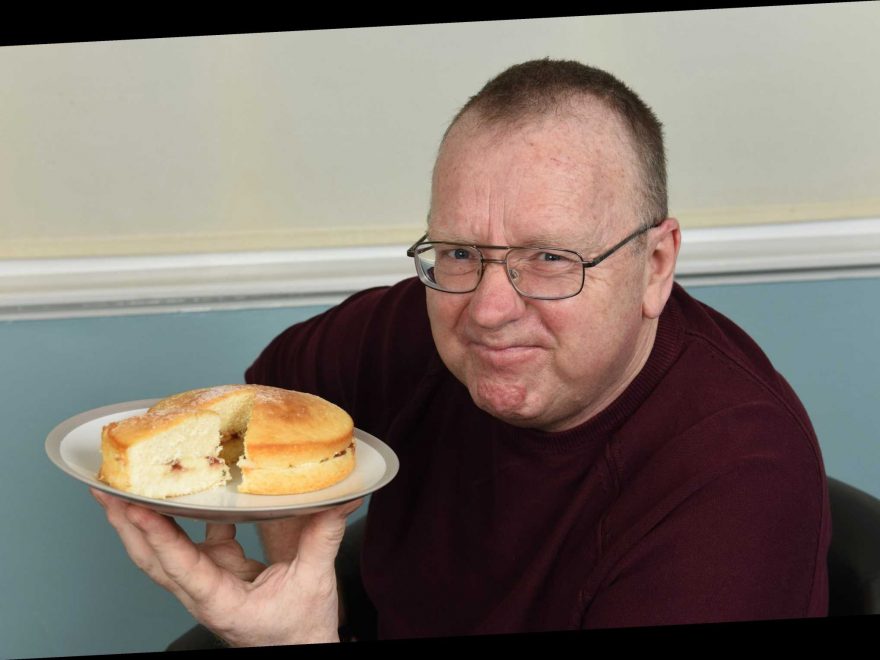 A MAN has revealed how he can get drunk without boozing – because his stomach turns food into alcohol.

Nick Carson, from Lowestoft, Suffolk, said his bizarre condition means that simply eating a slice of cake can leave him paralytic. 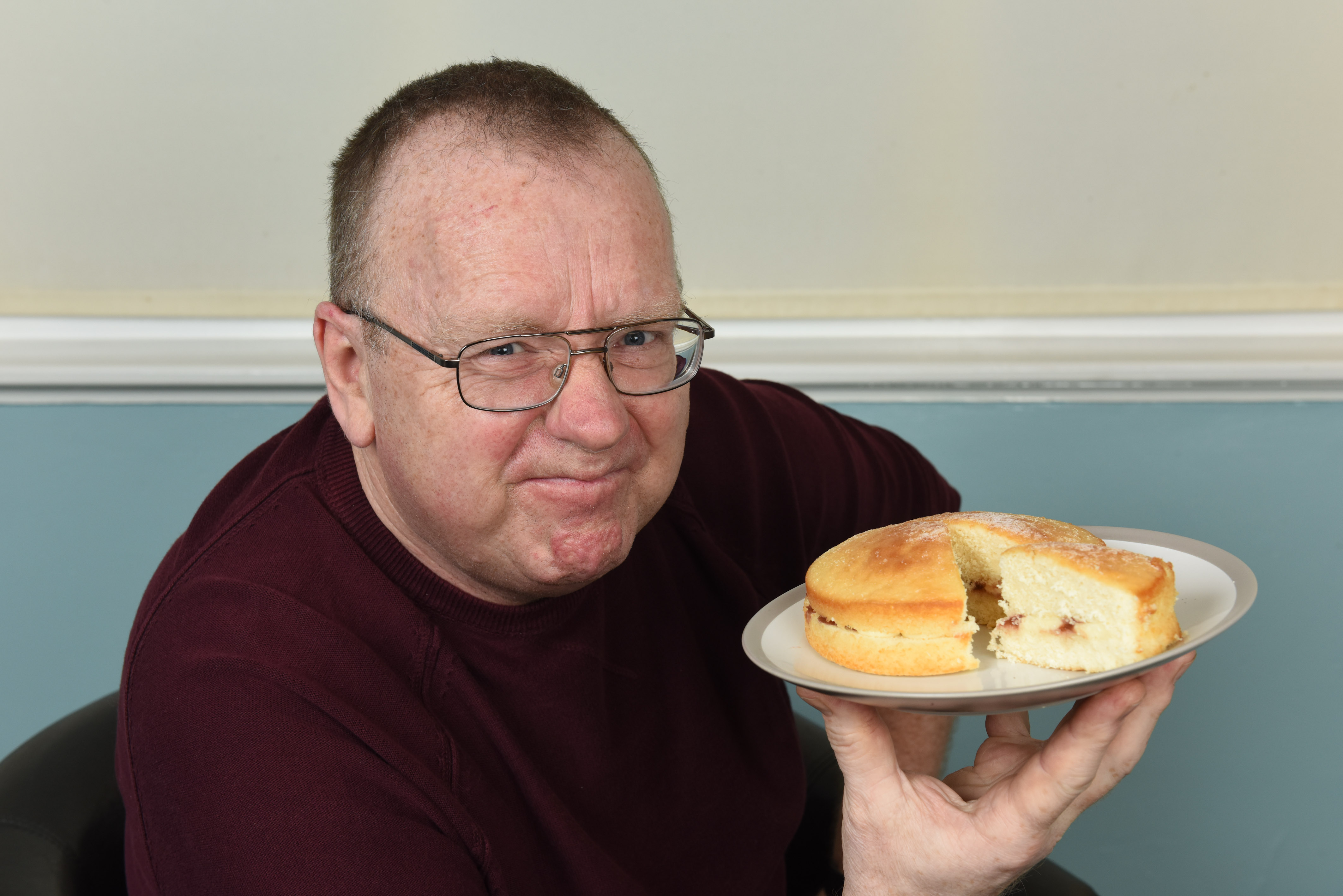 It was only after his wife Karen saw an episode of Doc Martin that he was finally diagnosed as having auto brewery syndrome (ABS).

The cleaning business owner is understood to have developed the rare condition after being exposed to strong chemicals at work 20 years ago.

It leaves him craving stodgy food – much like an alcoholic with booze – but even a slice of Victoria sponge can make him so drunk he passes out.

The condition has meant he has to carry a breathalyser with him at all times – as he doesn't know when or where it could be triggered.

Nick, 62, said: “I’ve basically become an involuntary alcoholic because this condition makes you one, whether you want to be or not.

“Having a little bit of sugar or carbohydrates can quickly make me become drunk.

"I try to stick to a Keto-based diet but it's hard because there are carbs in all sorts of foods.

“I can go from being stone cold sober to being three times over the driving limit in a matter of minutes which is quite scary. 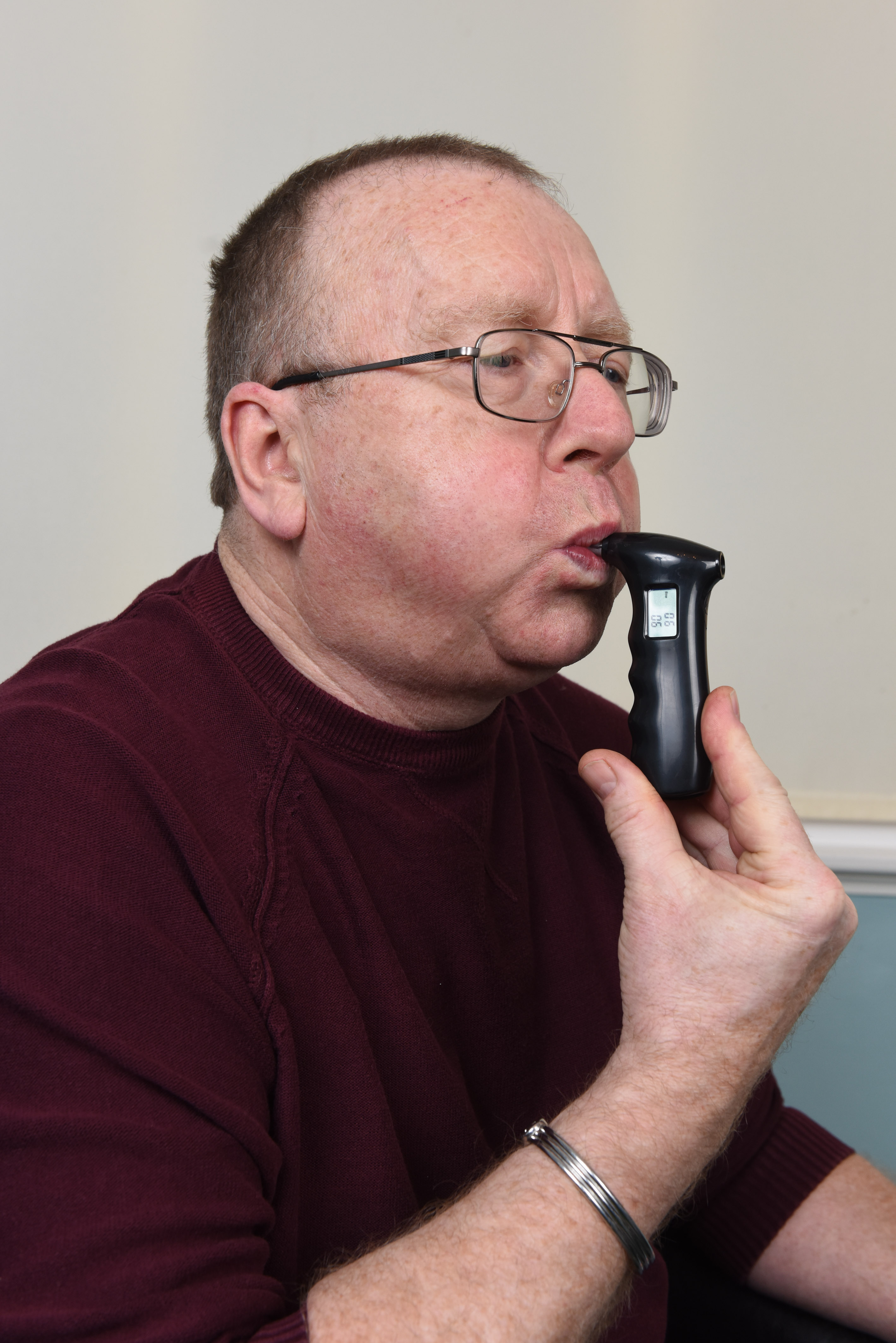 “The effect isn’t pleasant and I have sections of my memory where I have no idea what I’ve done. I just talk rubbish and walk around in circles.

“It’s like sleepwalking with activities – you’re not aware of what you’re up to even though you’re still functioning and doing stuff.

“One time I tried a small portion of low fat chips and I became so intoxicated that I lay in the living room, throwing up, before eventually passing out within 45 minutes of eating.”

It was in 2003 when Nick first noticed the symptoms of ABS.

He was layering a strong flooring solvent on a job at work and went home feeling very ill, before passing out.

His symptoms began to get worse from that point, and it wasn’t until Nick and his wife Karen, 64, saw an episode of ITV drama Doc Martin with an ABS storyline that they had a name for his condition.

The couple began to extensively research ABS, which can intoxicate someone who hasn’t had alcohol and happens when the body turns sugary and starchy foods into alcohol.

Nick said: “Doctors said that the overexposure to the solvent seemed to trigger the reaction and when I ate sugary foods and carbs, it added fuel to the fire and fermented.

“There’s several triggers to ABS but antibiotics are usually involved – it’s always a cascade of things that cause the problems.

What is auto-brewery syndrome?

It is caused by an overgrowth of yeast in the gut that turns excess carbs from food into booze.

The booze in then absorbed into the blood stream and sufferers become drunk.

As the condition is so rare very little is known about it and it is not widely recognised.

Because of the nature of the condition people are mistaken for closet alcoholics.

Those who have the condition may appear drunk, sweaty, confused and have less coordination after eating a meal that triggers an episode.

As the condition is so rare a cure is not yet known, but antifungal medications to control the growth of yeast in the stomach are thought to help

“I started having horrendous cravings for Victoria sponge cake, and I don’t usually have a sweet tooth.

“There are points where I would have killed for a slice of Victoria sponge and it’s ridiculous – it triggers an appetite reflex in your brain.”

Nick tries hard to avoid the triggers of ABS, but even the littlest bite of food can turn him worse for wear – meaning he has to constantly carry a breathalyser around to check he’s not drunk.

And Karen, a podiatrist, ensures she records Nick during the sudden and uncontrollable outbursts of drunkenness to show him the next day.

He said: “It’s unnerving and it attacks my sense of self and becomes like the matrix when you start to doubt what’s real and what isn’t.

“When you wake up on the other side, there’s a whole lot of psychological damage because you feel so guilty about what you said and did the night before.

“Sometimes people treat my condition as a joke and say that I’ll be cheap to take out because I don’t need a drink but actually it’s horrible.

“As a general rule, I have a breathalyser that I use every hour. It’s like tap dancing on a minefield and I’m constantly checking myself all the time.”

But Nick doesn’t let his condition get him down, and, alongside Karen, he has managed to control it a lot easier.

He is now speaking out for the first time in hopes of spreading awareness about auto-brewery syndrome. 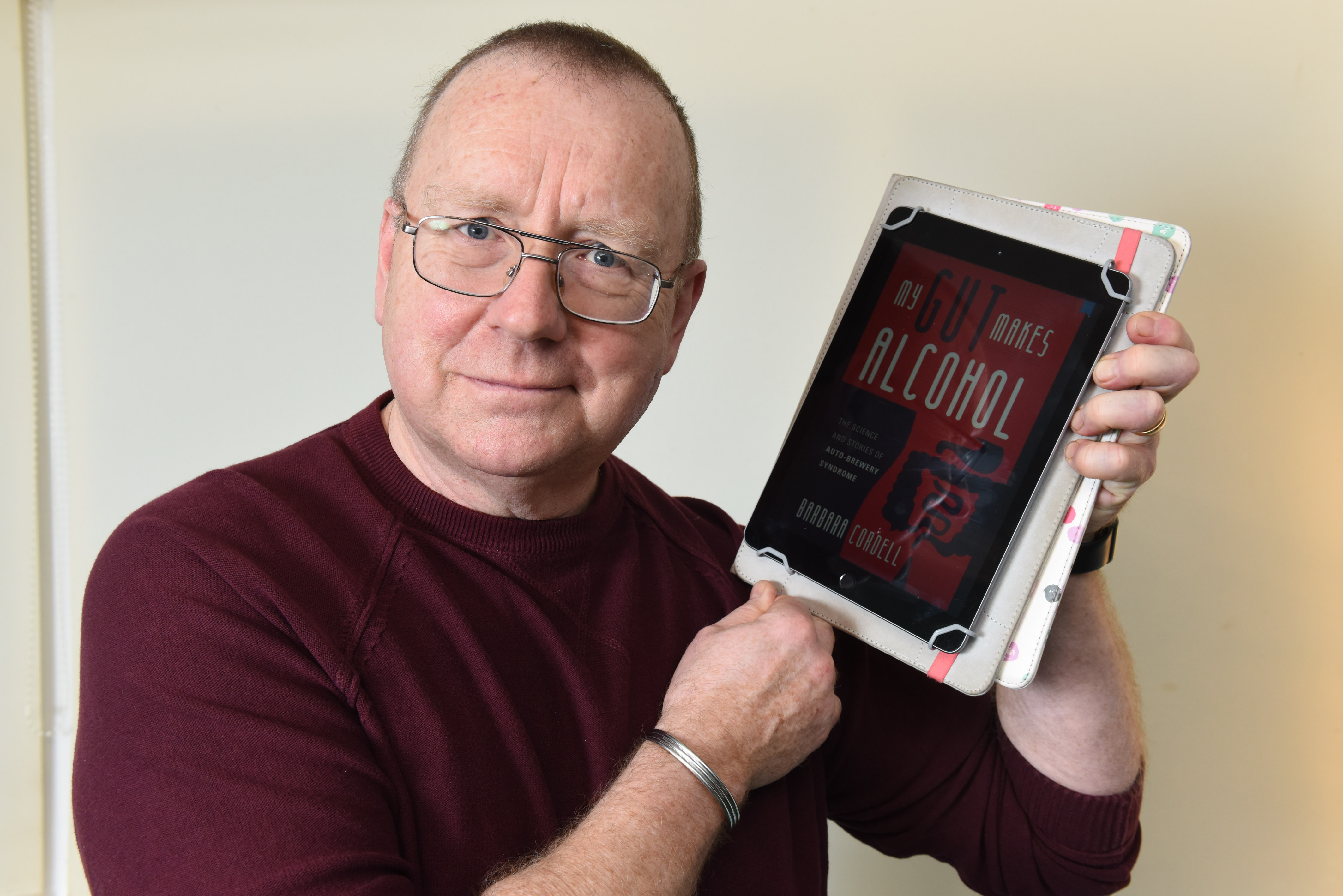 Nick added” “I hope that sharing my story will help people become more knowledgeable about ABS.

“I’m working on building up good bacteria through what I eat so we’re trying to be as natural as possible. I’m sort of on a keto diet with lots of vegetables and protein and I feel much better.

“Now that I know a lot more about the condition it’s become a little easier to manage. I think we’re coping with it well and I want to keep the ball rolling.”