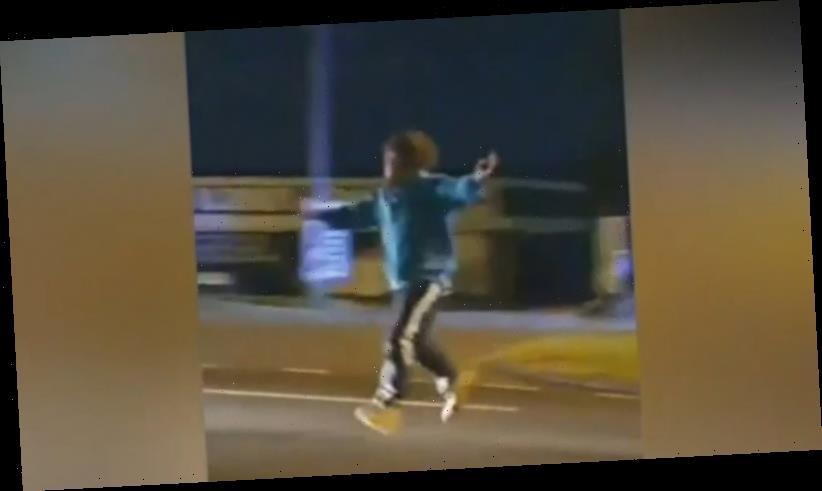 A man has been charged with dozens of offences, including attempted murder, over an alleged stabbing and a dangerous chase in a stolen police car across Melbourne’s north.

A 27-year-old Mickleham man will face court on Monday charged with more than 40 offences over a series of incidents including a three-hour police chase and a stabbing. 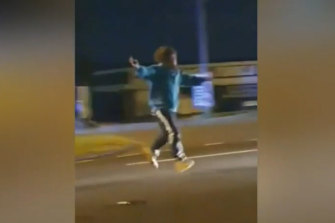 The man has been charged with attempted murder.Credit:Nine News

The incident resulted in a police officer being bitten a service dog.

Police said the incidents first began with a fight between two men on Saturday at 10pm. The Mickleham accused allegedly stabbed a 26-year-old Kalkallo man four times and is also alleged to have run over him with a car.

Police alleged the attacker then fled in his own car, before swapping to a stolen police car, which he later crashed at Mickleham.

The stolen police car sped down Sydney Road and collided with three cars that had stopped at Barry Road near traffic signals, near Campbellfield. 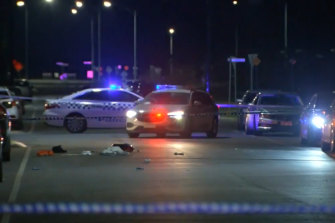 A man has been charged with attempted murder.Credit:Nine News

The man has been charged with a range of offences including intentionally causing serious injury, assault, attempted aggravated burglary, affray, aggravated carjacking, theft of a motor vehicle and threatening to assault a police officer over the incident.

Police have also charged the same man in relation to a separate incident in Mickleham on April 3 that police say left a woman in hospital with serious injuries.

Any witnesses, or anyone with dashcam or CCTV footage is urged to contact Crime Stoppers on 1800 333 000 or make a confidential report at www.crimestoppersvic.com.au