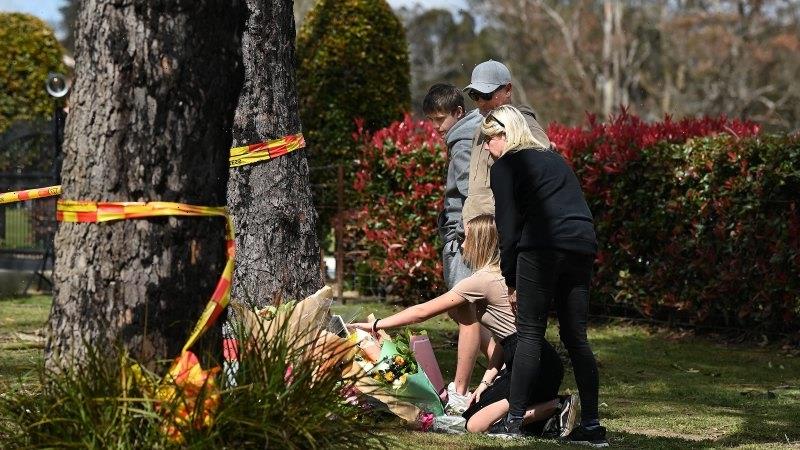 A man has been charged after five teenagers died in a single-vehicle crash in Buxton on Tuesday night, police said.

The dead, all Picton High School students aged between 14 and 16 in years 9 and 11, were passengers in a utility vehicle driven by an 18-year-old male who was the sole survivor of the crash.

Tyrell Edwards, 18, was arrested in Bargo about 1.50pm on Wednesday after he was released from hospital, where he received treatment for minor injuries. 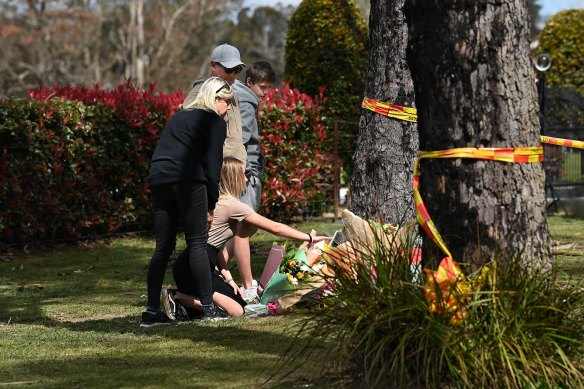 Tributes at the base of a tree where five teenagers were killed in Buxton on Tuesday night.Credit:Kate Geraghty

He has been charged with five counts of dangerous driving occasioning death – driving in a manner dangerous. 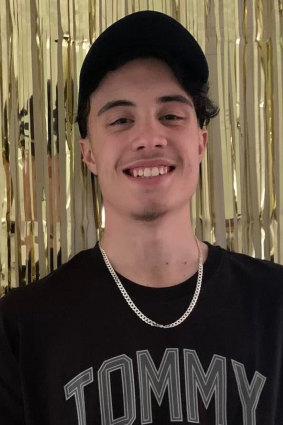 Matt Gould, the mayor of Wollondilly Shire on Sydney’s south-west fringe, has described the incident as “heartbreaking and devastating”, and said the families of the victims had the full support of the community.

The first person to arrive at the site of the crash said she had seen trauma as a nurse, but this was “the worst of the worst”.

Compounding the horror was her closeness to the families of the victims, who were killed when the allegedly overloaded Nissan Navara they were in left the road and hit a tree.

The woman, who arrived at the scene with her teenage sons, both former students at the school who knew some of the teenagers, told the Herald she rushed to intersection of East Road and Orange Road after “we heard a car [allegedly] going fast, then a really loud noise”.

The woman, whose background is in nursing, arrived to find the ute split in half on the narrow and dark road and the body of one of the victims flung from the cab onto the roadway.

“I tried to do CPR, but only one of them had a pulse. I couldn’t help [her],” said the woman, who spoke on the condition of anonymity because of her connections to the families of the victims.

“They were all still wearing their school uniforms.”

“I’ve seen it all, but not as bad as this,” she said, adding she initially had trouble identifying how many people had been in the ute travelling on Orange Road because of the severity of the crash and its impact on the passengers.

Fifteen-year-old Lily van de Putte was killed at the scene, along with two 14-year-old girls, a 15-year-old boy and a 16-year-old boy.

The other victims cannot be named for legal reasons. 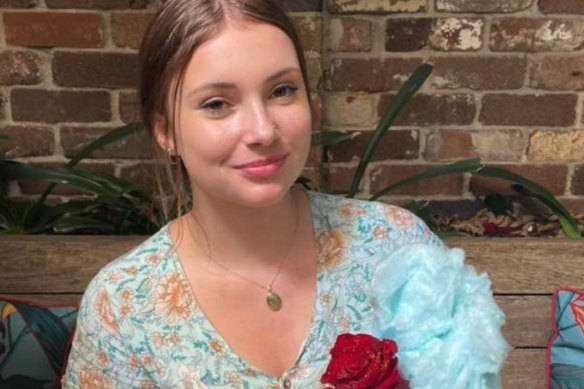 Lily van de Putte was one of the victims.Credit:Facebook

The car’s driver was “screaming for help”, she said. He then managed to climb from the wreckage, an 000 call recording obtained by Nine News shows.

She wasn’t the only person at the site of the crash before all the emergency services had arrived – also “drawn to the scene” were some of the families of the children killed, who learnt of what had happened via social media.

Friends of the teenagers killed in the crash have spoken of their heartbreak and anguish.

Jamarley Frail, 18, said on Wednesday that one of the victims “was like a sister to me. She was just the most like beautiful soul, you’d walk down the street, she’d shout out your name and be so excited to see you”.

“She just didn’t deserve this at all. I do not know how she ended up in that situation. It just didn’t make sense to me and still doesn’t,” Frail said.

A friend of the younger two girls, Elly Mount, told reporters at the scene she was struggling to comprehend what had happened.

“They texted me last night asking if I wanted to hang out with them. I could’ve got Mum to pick them up. I could’ve prevented it. Now I don’t know what to do.”

The ute was registered for four occupants and detectives are looking at it being overloaded as a line of inquiry, Acting Inspector Jason Hogan said.

“Having six people in a four-seater vehicle is inherently dangerous and it should not be done,” he told reporters.

Police believe all six occupants were in the Navara’s cab.

John Van de Putte, the father of 15-year-old victim Lily van de Putte, told the ABC on Wednesday: “We don’t hold any grudges against the driver because he is going to go through hell.”