The M25 has been shut after a horror smash caused by an overturned crane that toppled over both sides of the carriageway.

The collision happened at Junction 27 with the M11 in Essex this evening and has sparked huge tailbacks in both directions including more than 10 miles on the clockwise carriageway. 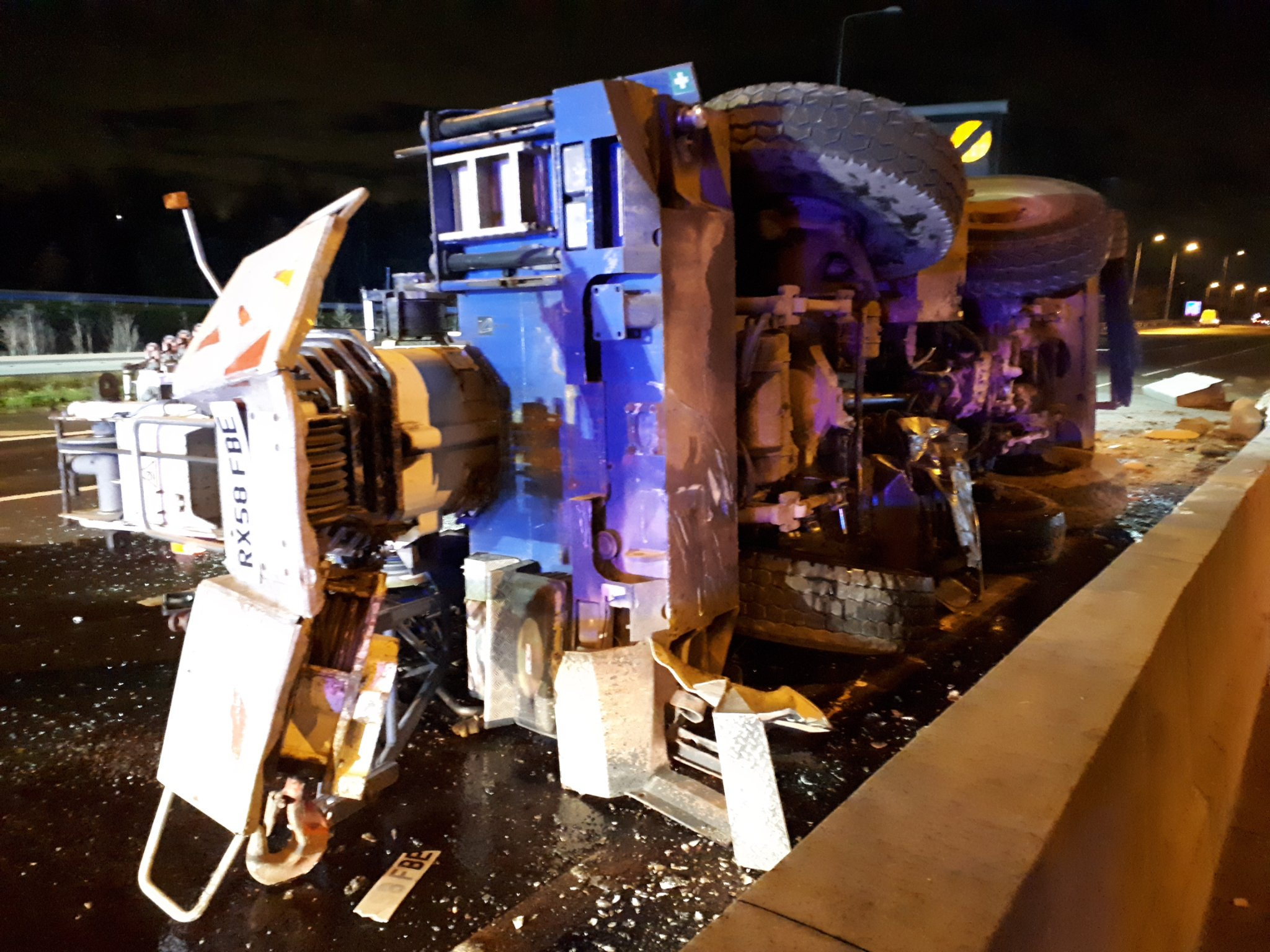 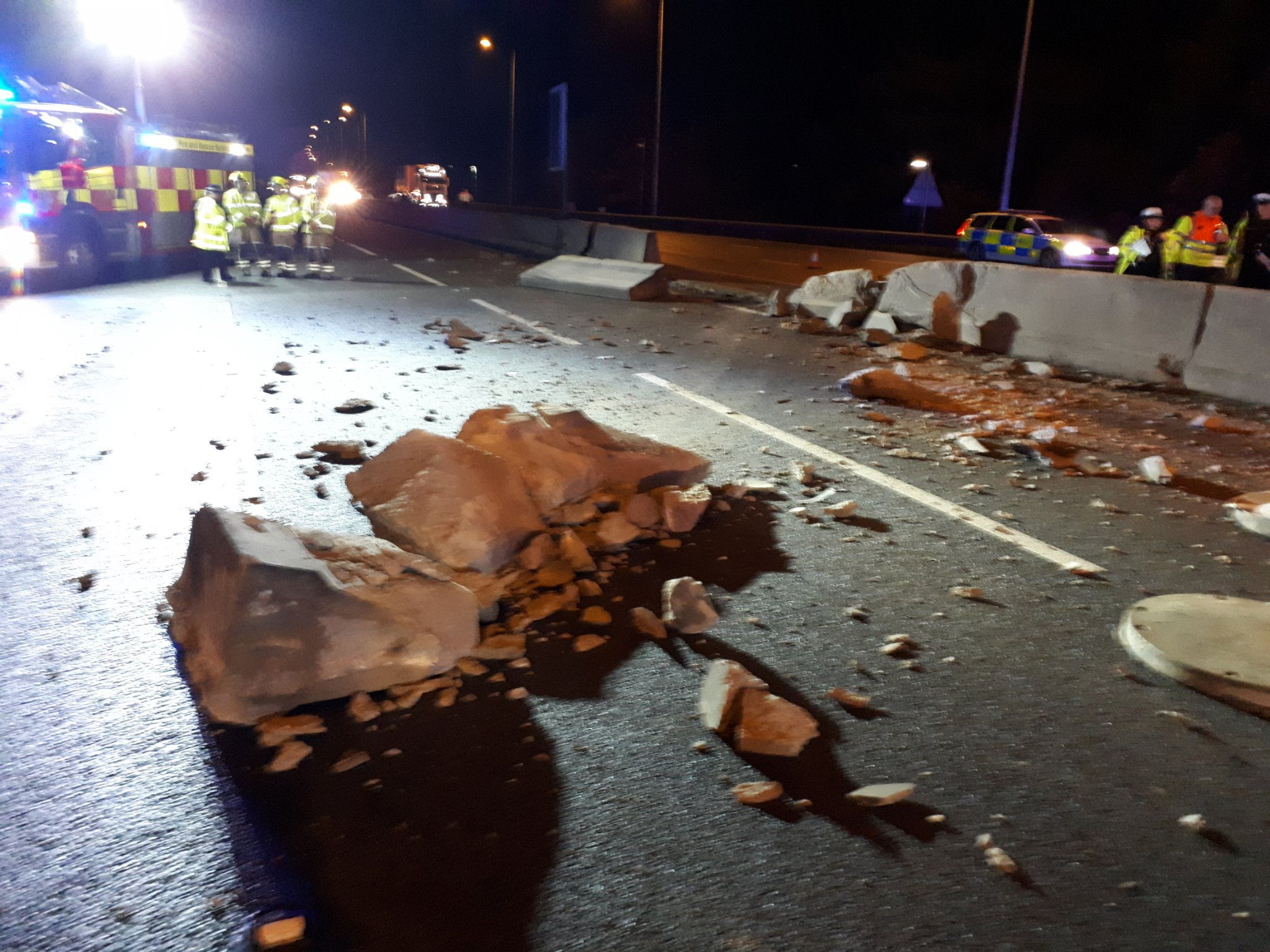 Essex Police confirmed no-one has been seriously injured but added the road is likely to be closed for "some considerable time."

Highways England has also warned motorists to avoid the area while the emergency services work to clear the scene.

Emergency services were spotted at the scene attending the collapsed crane.

Pictures shared on social media show an unknown liquid coming from the vehicle and covering parts of the road.

Several blocks from the carriageway have been broken off by the crane and spread across the junction making it impossible for cars to pass.

Highways England have said the incident is causing congestion on the M25 clock wise between junction 25 and 27 adding at least 80 minuets to normal journey times.

A police statement added: “Please remind people to remain patient and not put officers or other highway workers at risk by turning or moving unless or until directed by police.

"We are making good progress and will get everyone out."