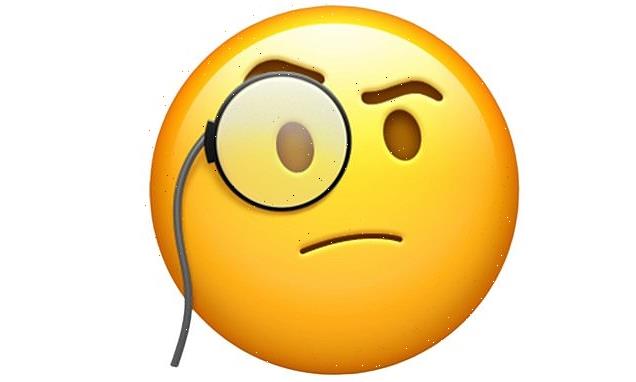 LOL! Generations at war over peach and winking emoji…and don’t even think of using the aubergine

It’s the latest issue dividing the generations: just what’s in a wink when you add one to a message?

Older people tend to use the winking face emoji to signify a jokey mood, but for youngsters it carries more flirty, sexual connotations. And that’s precisely why experts are urging caution when using the symbols at work.

Prone to even more embarrassing misunderstanding is the peach emoji, which a majority of baby-boomers – those aged over 55 – use to denote nothing more than the fruit. But for many younger workers, it signifies buttocks – so is definitely not safe for work.

The differences in understanding have been revealed in a report by messaging platform Slack, which surveyed 9,400 office workers worldwide, including 1,000 based in the UK. Olivia Grace, a director there, said: ‘The findings of our research are very clear – be mindful when communicating with emojis across generations. 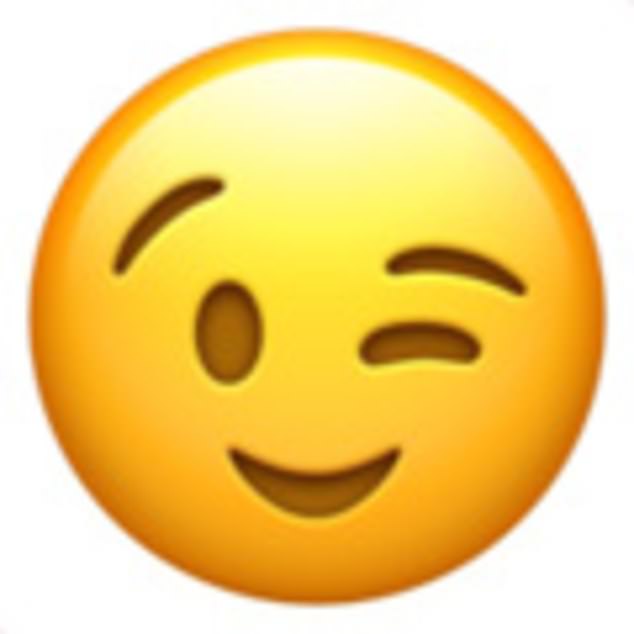 Older people tend to use the winking face emoji to signify a jokey mood, but for youngsters it carries more flirty, sexual connotations

‘Younger people tend to view the winking face as ‘feeling flirty’ and even as a ‘come-on’, while older colleagues usually see it as a harmless ‘I’m kidding’ message. Emojis offer a great way to communicate emotion, whether it’s a joke, support, get well soon or something else, but it’s good to be aware that different meanings may exist to avoid any awkward interpretations.’

About a third of under-40s believe the peach emoji is not suitable for the office, even though 59 per cent of baby-boomers had no idea of its hidden meaning.

Worse still, 47 per cent of that generation believed an aubergine represented nothing more than the vegetable… when for almost half of Generation Zs, the under-24s, it is the most sexually suggestive emoji there is.

Even the most popular emoji, the smiling face, is a source of misunderstanding, with a third of Gen Z using it to convey ‘deep exasperation’ while 60 per cent of over-40s use it simply to show happiness.

The skull emoji also has a different meaning across the age groups. More than half of under-40s use it to indicate something is ‘dead funny’, while for many older users it simply means ‘death’. 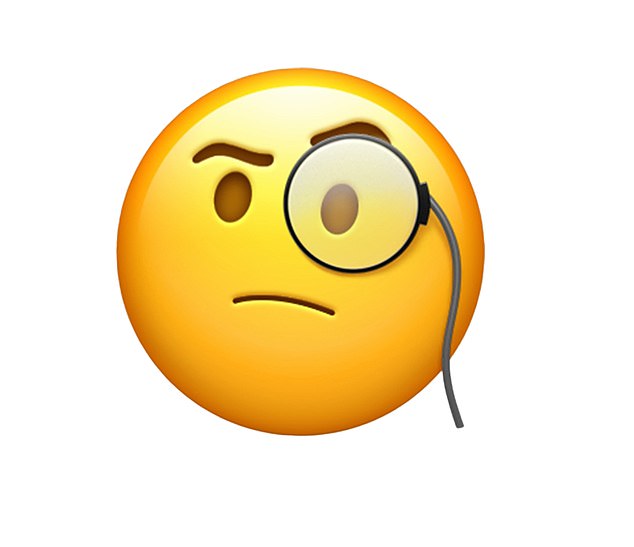 Emoji interpretation can be puzzling for each generation

One of the most confusing emojis depicts nail varnish. The youngest generation use the symbol to denote ‘there is gossip’, while those aged 25 to 40 say it means ‘I’m taking care of myself’. Most over-40s have no idea what it means.

There is, however, universal agreement on some emojis, including tears of laughter to denote hilarity and floods of tears to indicate upset.

Introduced in the late 1990s to replace text-based emoticons, there are now 3,633 officially recognised emojis with an estimated ten billion sent each day. New additions are due to be approved in September and could include a shaking face to indicate shock, a jellyfish, maracas and a wi-fi symbol.