Australia has experienced a COVID-19 community outbreak, on average, once every 12 days this year as infectious disease experts call for a less panicked and more unified response to small numbers of coronavirus cases.

An analysis of the state-by-state responses to community outbreaks reveals that of the 17 breaches since December, six triggered snap lockdowns, six were managed by gathering restrictions and five by contact tracing only.

Of the six lockdowns, four failed to detect any further cases not already isolated through contact tracing, with the northern beaches and Princess Alexandra Hospital outbreaks the two exceptions.

Deakin University chair in epidemiology Catherine Bennett said evaluation of the growing data set was proving snap lockdowns to be an unnecessary safety net, only required in extreme circumstances.

“[WA Premier] Mark McGowan’s comments after the latest Perth lockdown worried me because he was saying it was absolutely what we needed, and it’s this implication that the lockdown had succeeded and he said in three days we had crushed the virus when the reality is the lockdown didn’t do anything probably,” she said.

“I think it’s time for us to have an overarching look at these differing responses to outbreaks and ask what’s driving them. How much of it is state-to-state risk tolerance difference, or confidence difference, or experience in health department difference.

“Are we learning more, or are we too busy defending what we’ve done or patting ourselves on the back?”

Professor Bennett said most outbreaks were shut down within three generations of the original case being detected, which supported a greater uptake of the ‘third ring’ contact tracing strategy (the quarantining of a case’s close contacts, and contacts of close contacts) being a measured response to a small outbreak.

“You affect 3000 people instead of a city of six million but you’re actually targeting the people who are a measurable risk.”

The third ring strategy was used during the Holiday Inn outbreak in Melbourne, when a returned traveller using a nebuliser in hotel quarantine infected several people. 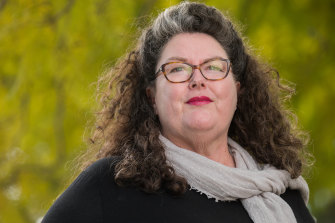 The decision to plunge Victoria into a five-day stay-at-home order was made five days later, after 13 cases with known sources had been detected in the community.

“I couldn’t believe we went into lockdown because we already had contacts-of-contacts tracing and on top of that, we called every potential exposure site a tier 1 exposure site (which requires people to isolate for 14 days),” Professor Bennett said.

“That should be enough, that’s already two safety nets.

“I think to go beyond that to an actual lockdown, there has to be multiple cases in the community you can’t link.”

The Holiday Inn cluster was extinguished at 22 cases, with no new cases being detected outside those already identified as contacts. 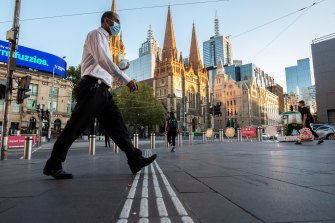 Curtin University infectious disease expert Archie Clements said a government’s response to an outbreak was dependent on a number of considerations, including the viral strain, a case’s movements in the community and whether the source of their infection is known.

“[If it’s a mystery case] that frightens authorities more because they don’t know where it’s come from and there’s always the risk that that person may have been infected in the community and there may be undetected transmission,” he said.

“The longer someone’s been in the community and infectious, the greater the risk is they’ll be transmitting it on to someone else.

“Authorities are predominantly concerned about prolonged exposure in a confined space, so if a case has been in an aeroplane or if they’ve been on a train journey or in a restaurant, those interactions will be focused on.

“It’s a game of risk and if they haven’t transmitted it on to other people that just means you’ve been lucky.

“Even though you might think the risk is the risk and the protocols are the protocols, the truth is there is a lot of room for interpretation and different jurisdictions behave in different ways.”

Polarising state government opinions on how best to manage the virus are most obvious in the barbs regularly traded between NSW Premier Gladys Berejiklian and Mr McGowan.

NSW relies heavily on its contact tracing capabilities to quash outbreaks with minimal disruptions to society, while WA’s public health response has been to take an extra cautious approach and lock down over one or two traceable cases.

Mr McGowan recently defended Perth’s second snap lockdown within three months, saying “the alternative, whereby we don’t get it under control and don’t stop it in its tracks and crush it, doesn’t bear thinking about”. 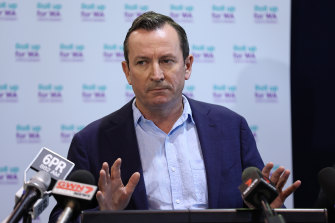 Following two community cases being detected in Sydney on May 5, Ms Berejiklian was quick to reassure people the state would not be rushing to lockdown.

“Unlike other premiers, we’re not shutting down the city,” she said.

NSW, which quarantines the most returned travellers of any state or territory, has experienced the most breaches of hotel quarantine with three so far this year, none resulting in lockdowns.

Ms Berejiklian said the incidents were to be expected.

She said in the pandemic she had to get on top of outbreaks as soon as possible and in the best way possible, while accepting that they were an ever-present risk and challenge.

Peter Collignon, an infectious disease physician and professor at the Australian National University, said contact tracing, high testing levels and a compliant population were enough to “get rid of the virus”. 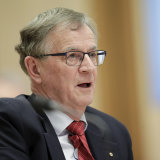 That complacency was revealed in Melbourne earlier this month when a number of people who dined at a restaurant with a COVID-positive case failed to check-in at the venue, leaving contact tracers scrambling.

“Personally I don’t think we should have uncapped venues as if we’ve never had COVID,” he said.

“I think ongoing restrictions need to be in place until at least the end of this year and I think particularly we need to worry about bars and football matches at full capacity.”