Lloyds Bank forced 30,000 small company owners to open fee-paying business accounts to get Bounce Back Loans from the Government’s support scheme during lockdown, the competition watchdog has said.

At the end of April the Government announced the coronavirus Bounce Back Loan, which would lend small and medium sized businesses up to £50,000, as a means of supporting companies through the coronavirus pandemic.

The Competition and Markets Authority has revealed that small business customers, mostly sole traders, who had been running their companies’ finances out of a personal account, were forced to open a business current account to get a Bounce Back Loan from the Lloyds Bank. 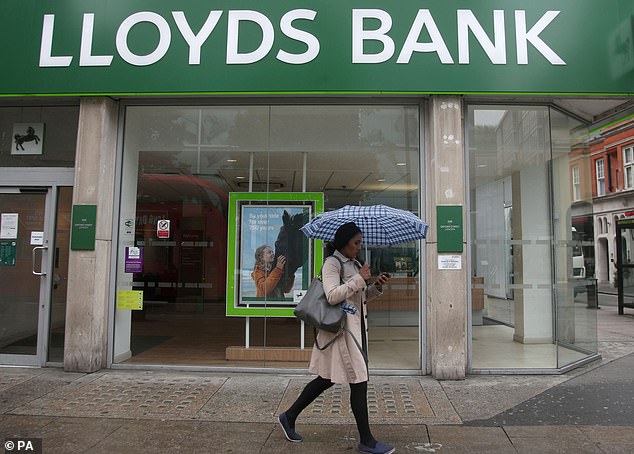 Lloyds forced 30,000 small business owners to open fee-paying accounts in order to access the Government’s Bounce Back Loan Scheme – which was introduced to support firms impacted by coronavirus

No customers are thought to have been left out of pocket as fees are only charged after 12 months.

‘By forcing businesses to open current accounts as a pre-condition to access this scheme, Lloyds breached the CMA undertakings it signed, reduced choice and put their customers at risk of being unnecessarily charged,’ said Adam Land, the CMA’s senior director of remedies business and financial analysis.

Lloyds has agreed to contact its business customers to tell them they can switch before it starts charging the fees. 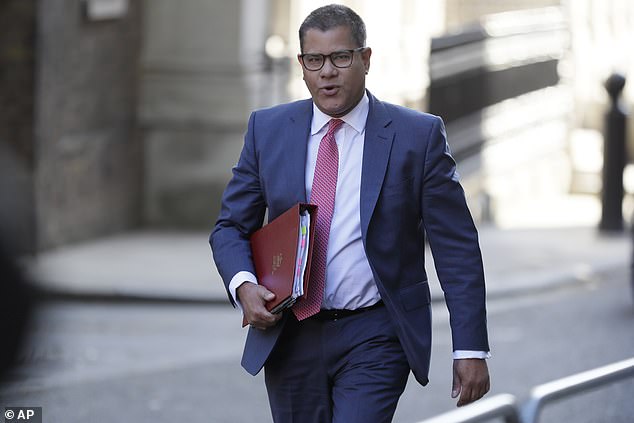 The Government announced loans totalling £30bn had been approved under the Bounce Back scheme in July. Speaking at the time, Business Secretary Alok Sharma said ministers would ‘stand behind small businesses’

The Government guarantees 100% of the loan, and there are no fees or interest to pay for the first 12 months. After 12 months the interest rate will be 2.5% a year.

The problems at Lloyds came as the bank had no processes in place to lend to businesses through personal accounts.

The Government announced the Bounce Back Loan Scheme in April as a means of protecting small to medium sized companies from the effects of the coronavirus lockdown.

By July a million firms had their applications accepted for loans totaling £30bn.

Applicants can apply for up to £50,000, with the Government guaranteeing 100% of the loan, and no fees or interest to pay for the first 12 months.

Any business is eligible, except for banks, insurers, public bodies and state-funded schools, as long as that company has not applied for another Covid-related loan scheme.

The loan lasts for six years, but can be paid back earlier.

It decided to get them to open business accounts as the Government pressed for Bounce Back Loans to be pushed out at record speed.

‘When we launched Bounce Back Loans, we asked customers using personal current accounts for their business needs to open a business bank account,’ the bank said.

‘This ensured quick access to the funds they needed. Any other solution would have created unnecessary delays at a critical time for businesses.’

The bank tipped off the CMA and has now agreed to a series of remedies to ensure that customers are not impacted.

Customers will be told that they are not required to keep the business current account that they were forced to open, and they can switch to a different provider at any time.

They will also be offered to switch to a fee-free loan servicing account.

Mr Land added: ‘Following our action, Lloyds is taking the steps necessary to become compliant and will shortly be contacting existing customers to inform them of their rights.’

At least a million applications for Bounce Back Loans have been approved since the scheme was introduced in April.

The Treasury announced in July that applications for around £30bn worth of loans had been approved.

Speaking at the time, Business Secretary Alok Sharma said: ‘We promised to stand behind small businesses to get through this crisis – and we’ve done just that.

‘As we get Britain’s economic engines firing again, we will not only support businesses to get back on their feet, but also do all we can to level up the economy across every part of our country.

The funds being lent do not come from the Government, but from the lenders.