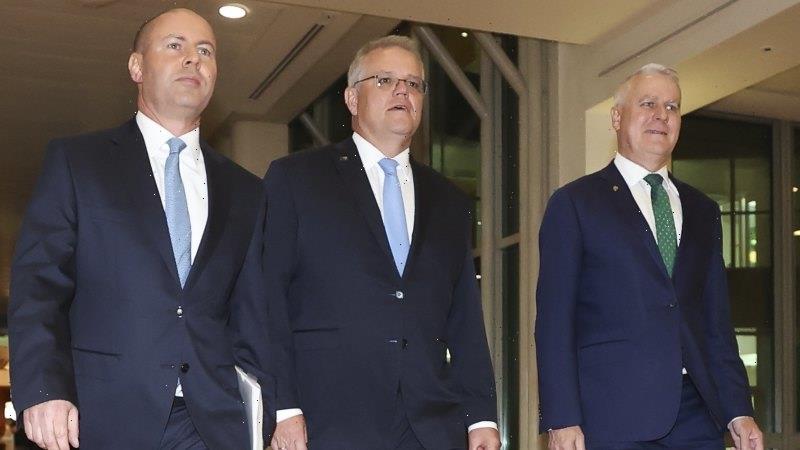 Generally, the second Tuesday in May is the only night of the year when the often-ignored national capital can truly feel like the centre of the nation’s attention. At least, for the 30 minutes of the Treasurer’s budget speech.

And after the COVID-inspired and socially distanced non-event that was budget 2020, the political crowd and bandwagoners turned out in force for what is expected to be the last budget ahead of the next federal election. Justin Hemmes and a Rat Pack of Josh Frydenberg’s buddies projected studied cool from the public gallery after flying in on the Sydney bar tsar’s private jet. 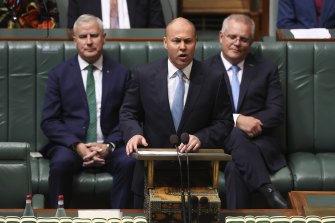 Joining the Rat Packer-in-chief, who is expanding his Merivale empire into the Treasurer’s home turf of Melbourne, was Seven Group chief executive Ryan Stokes, fresh from his hostile takeover attempt of Boral, no doubt wondering if the National Gallery of Australia, which he chairs, would receive any budget crumbs.

Rather than undertake a lad’s night in Canberra, the quartet dined with the Treasurer (didn’t everyone?) ahead of a planned night flight return to Emerald City. The rest of the corporate pack had their pick of official Liberal Party functions at Parliament House including a smattering of drinks events inside MPs’ offices as well as the later main events inside the Great Hall, Queens Terrace and another private function hosted by Paul Fletcher’s Bradfield Forum inside the Mural Hall.

Prime Minister Scott Morrison hosted drinks inside Canberra’s oval office for a power list of attendees that included arts patron Ros Packer, a member of the National Gallery of Australia Foundation Board, no doubt opining of the state of funding for the arts. Later on at the Liberal Party’s official bash inside Parliament’s Great Hall, Lindsay and Paula Fox, Blackmores chief executive Alastair Symington, EY defence consultant Christopher Pyne and SAAB managing director Andy Keough were all part of the PM’s VVIP contingent.

Celebrity spotting peaked at the function held by Member for La Trobe Jason Wood, whose guest list included Gamble Breaux, the singer who rose to fame on reality-TV program The Real Housewives of Melbourne.

In contrast, the bankers were in it for the long haul. Australian Banking Association chief executive Anna Bligh was spotted inside the Bradfield function, in a year when the major banks sent smaller contingents than usual. NAB chairman Phil Chronican made the pilgrimage to the capital, flanked by NAB’s corporate and institutional boss David Gall and business and private banking group executive Andrew Irvine — even as chief executive Ross McEwan sat out this year’s event due to a slew of investor meetings scheduled after his half-year results last week. Westpac group executive Carolyn McCann flew the flag for chief executive Peter King, alongside the bank’s government relations bosses Richard Collyer and Richard Shields, a former NSW Liberal deputy state director. The bank’s newly minted institutional banking boss, Anthony Miller, was expected to jet in on Wednesday to rep the bank as the sponsor of Frydenberg’s address to the National Press Club. Meanwhile, ANZ sent its economics team.

For others, it was early doors open and bottoms up. Financial Services Minister Jane Hume pulled an impressive crowd for drinks in her office including Chronican, KPMG chair Alison Kitchen and Woodside acting chief executive Meg O’Neill.