IT is distasteful to gloat, especially at Christmas.

As we scan a battlefield ­littered with the severed limbs and corpses of the loony Left, this is surely a time for healing and forgiveness. 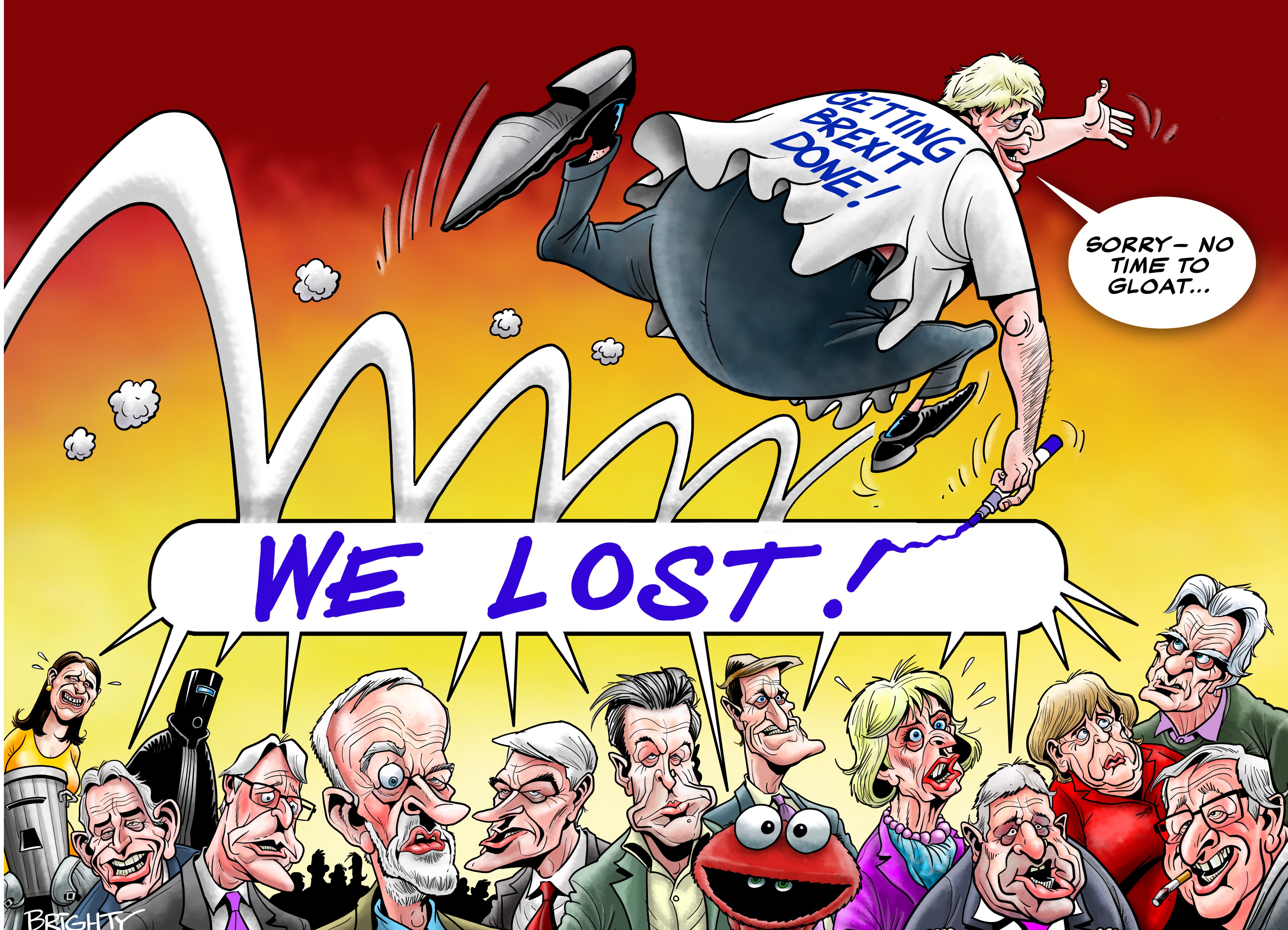 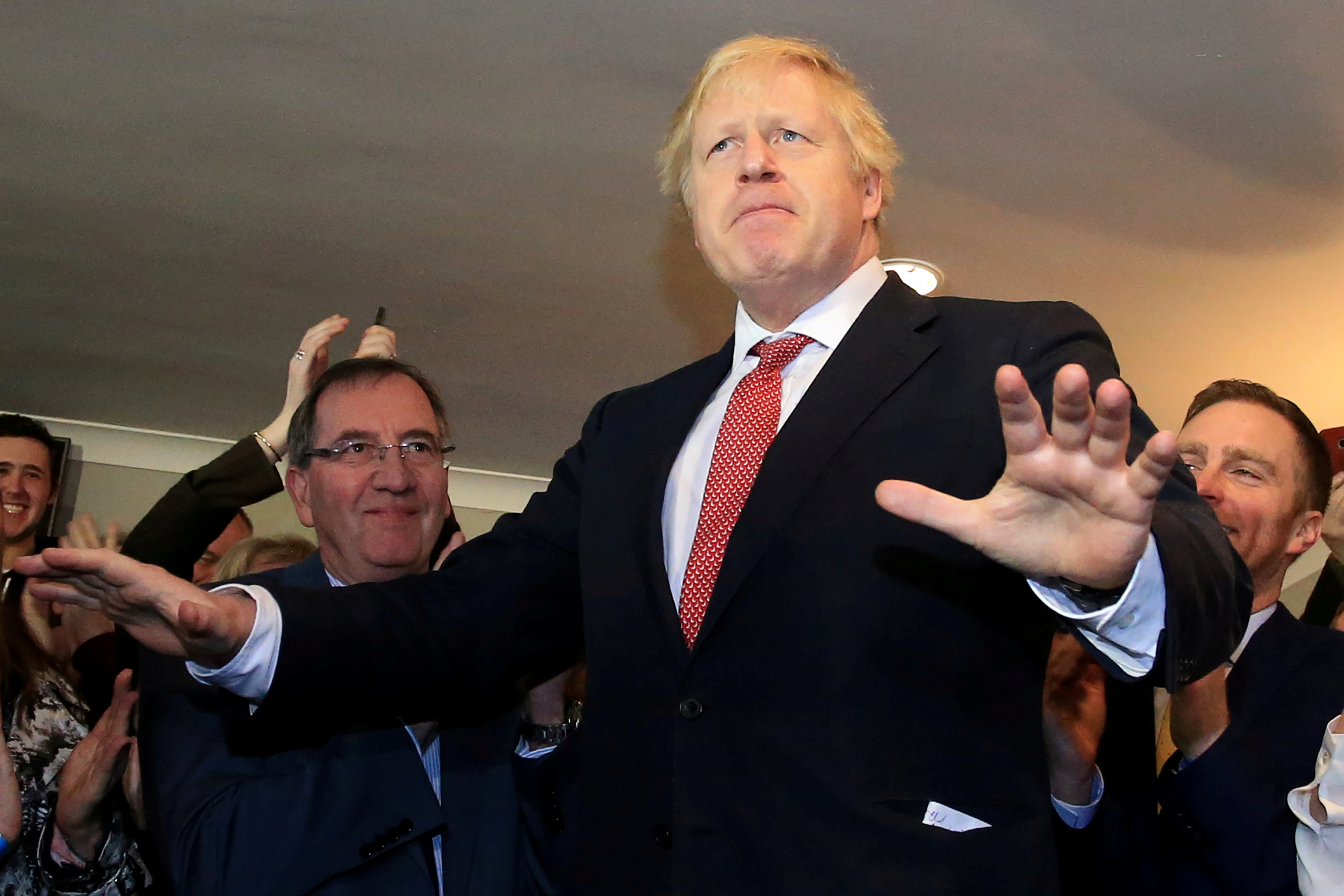 The hell it is! This is precisely the time to gloat.

Decent men and women of all political parties should glory in vanquishing a toxic threat to British democracy.

Let’s revel in the humiliation of a we-know-best, politically correct metropolitan elite, the moaning Remainers and their nagging tribune, the BBC.

Boris’s victory has not just put Jezza’s Momentum cult to the sword.

Along with Anna “Suck It Up” Soubry (will she?), they have all been swept into oblivion by Thursday’s landslide.

Just days ago, the scale of this victory seemed unthinkable.

It was uniquely a Boris triumph. Try imagining Tory leader­ship rival Jeremy Hunt risking a snap election, let alone winning by a mile. But it didn’t come out of a clear blue sky. At the very start, a poll showed Boris heading for his 80-seat majority.

Then brave ex-Labour MP Ian Austin changed the weather by urging supporters to vote for Boris, not anti-Semitic Jeremy Corbyn.

The writing was already on the wall. It was obliterated only by an ugly cacophony of dissent led by Speaker John Bercow, amplified and exaggerated by the BBC.

We may now be seeing the beginning of the end for this spoon-fed media Goliath.

We can gloat at deflated Brussels, too. The idea Boris will go soft and accept virtual EU rule is for the birds. He won this election because millions of voters want Brexit done. They don’t want to be half-in, half-out.

Nor do dozens of new Tory MPs who swore to back Brexit. There are no Remainers left.

Once out, we can forget about Scottish independence, too.

Canny Scots demonstrated in 2014 where their wallets lie.

Thursday was a political earthquake. The tremors will be felt for a decade and more.

Rewards are in line for those “Red Wall” voters who courageously backed Boris.

They include millions of Sun readers, strivers and self-employed of all parties and none.

We’ve had Mondeo Man and White Van Man. Now we have PAYE People — men and women who love their country, and work hard to feed their family and only see their pay packet after the tax man has grabbed his slice.

We will see Thatcher-style tax cuts for those low earners and better education, skills and training for their state-schooled children.

Top priority is the NHS — a £34billion-a-year spending splurge and a top-to-bottom management shake-up.

This will be twinned with social care — a fast developing crisis for an ageing population.

“If we haven’t eliminated the NHS as a political issue by the next election, we will have failed,” says a top insider.

The BoJo revolution will tear up outdated planning laws, opening new road, rail and airport links across the Midlands and the North.

In London you can get anywhere by public transport.

Now there is a £5billion plan to reopen miles of mothballed rail track outside the capital and bring half a million people within walking distance of a station.

UK and foreign investors have been waiting since the referendum to unleash a tsunami of job-creating spending.

Traditional Labour supporters across the UK were blamed for abandoning Labour last week.

In fact, Labour abandoned them long ago.

Those voters won’t go back. Boris Johnson’s job is to make sure they don’t.

OF all the demented smears concocted about Boris as PM, The Guardian’s Jonathan Freedland takes the prize.

Yes, he is angry with Jezza, but here’s his take on a full Tory term: “It will allow him to ignore the poorest and most vulnerable, the children going to school hungry, to abandon the people whose lives and communities have been made thin by a lost decade of ­austerity and shrunken services – a decade that will now stretch, like a prison sentence, to 15 years.”

What colour are the skies in this man’s world? ­Deepest red, I assume.