An Instagram influencer has made a grovelling apology after footage was posted of her appearing to smash the nose off a post-war angel statue with a hammer.

Young model Julia Słońska, who has more than 5,900 followers, can be seen laughing to the camera before repeatedly hammering the nose off of a sculpture.

A friend recorded the shocking act in the Swiss Valley Park, Warsaw, Poland. 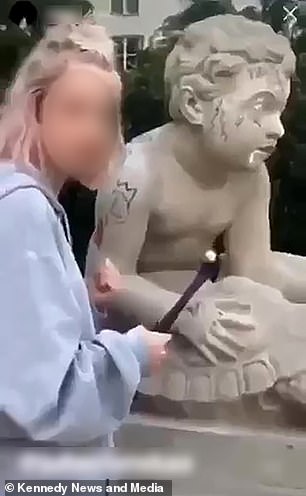 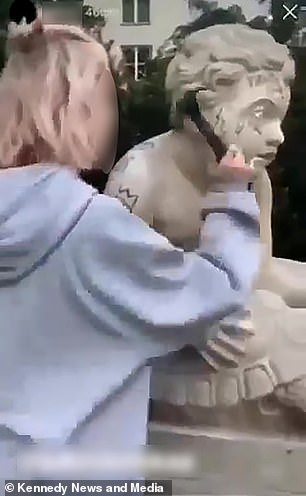 Julia Słońska poses next to the statue, before turning and making a few hammer blows that knock the nose clean off of the sculpture

The pair then continue to laugh as the statue, covered in graffiti and now without a nose, is left to be found by park authorities.

It is believed the video was done as a prank to attract social media followers after the footage was uploaded to a pal’s Instagram account tagging the influencer in the clip.

Yet when Ms Słońska received backlash from angry viewers appalled at her disregard for the historic monument, the video was removed and the influencer’s Facebook has since been deleted.

In a grovelling apology Ms Słońska is reported to have said: ‘What happened yesterday should not have taken place at all and seriously, I regret that I did it. 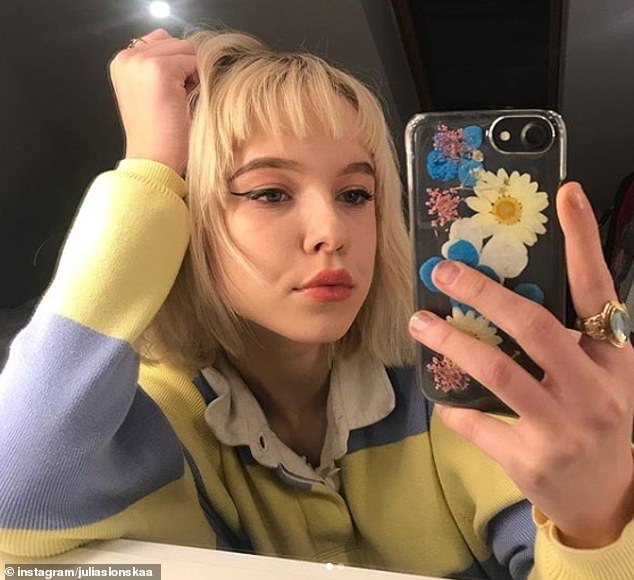 ‘I’m so stupid. I will not say what was driving me, why I did it, because it is more of a private affair, but I really wanted to apologise to everyone.. [translated from Polish]’

There have also been claims online the influencer had been dropped from an advertising campaign after the video emerged over the weekend.

Poland’s first fully-online bank, mBank, also spoke out against the footage as they are believed to have been working with the influencer.

mBank posted on Instagram: ‘We definitely do not support such behaviour, and the appropriate services should deal with it. 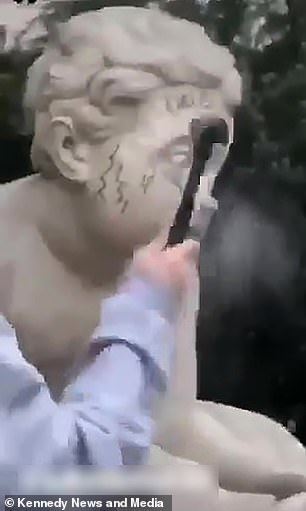 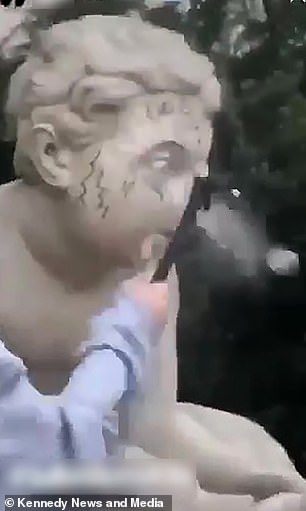 Stone chips fall from the sculpture after a it takes a hit, but after a couple more knocks the nose flies off towards the floor. The video sparked outrage among her fans and other social media users 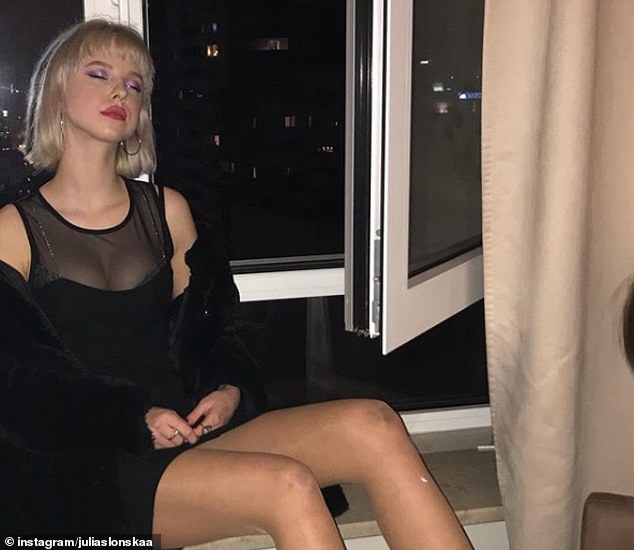 ‘As for the responsibility for what the actress does many weeks after the completed photos are taken – we cannot be responsible for the individual choices of such people.

‘In this case, it’s a role for carers. We do not plan to involve this girl in the next spots.’

The disgraced social media star has not posted to her Instagram page since the incident – as hundreds of fans expressed their shock.

Blazej Falkus said: ‘In the normal world she is called a w****r and not an influencer.’

Marcin Zielinski said: ‘I hope the police will come to her tomorrow [Monday] at 6.00 a.m.’

There has since been a repair job made on the statue. 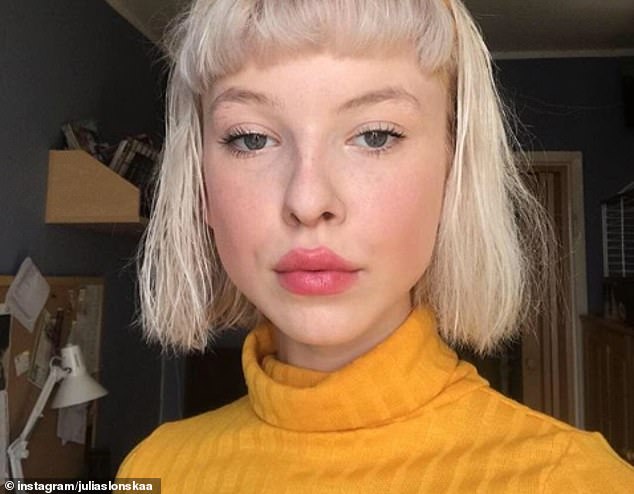 In a grovelling apology Ms Słońska said: ‘I’m so stupid. I will not say what was driving me, why I did it, because it is more of a private affair, but I really wanted to apologise to everyone’ 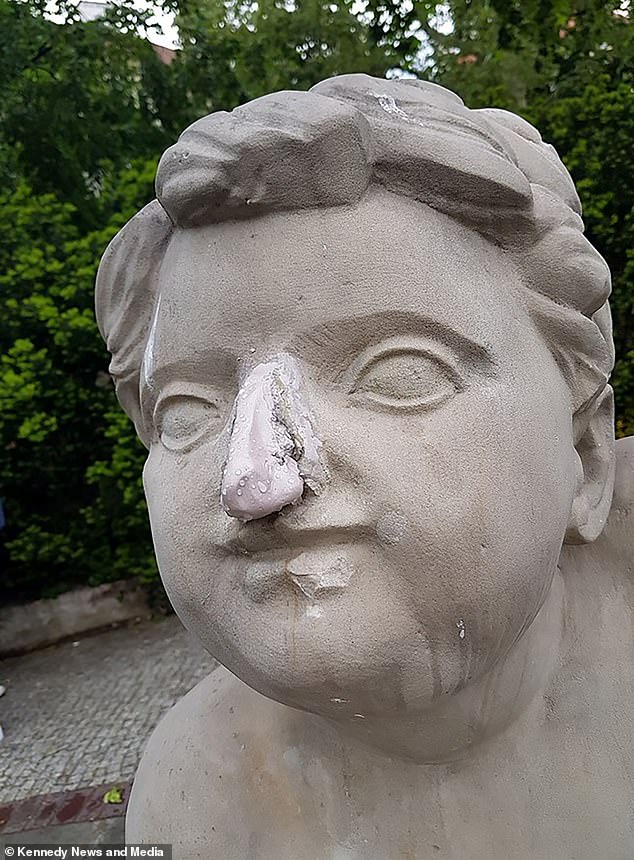