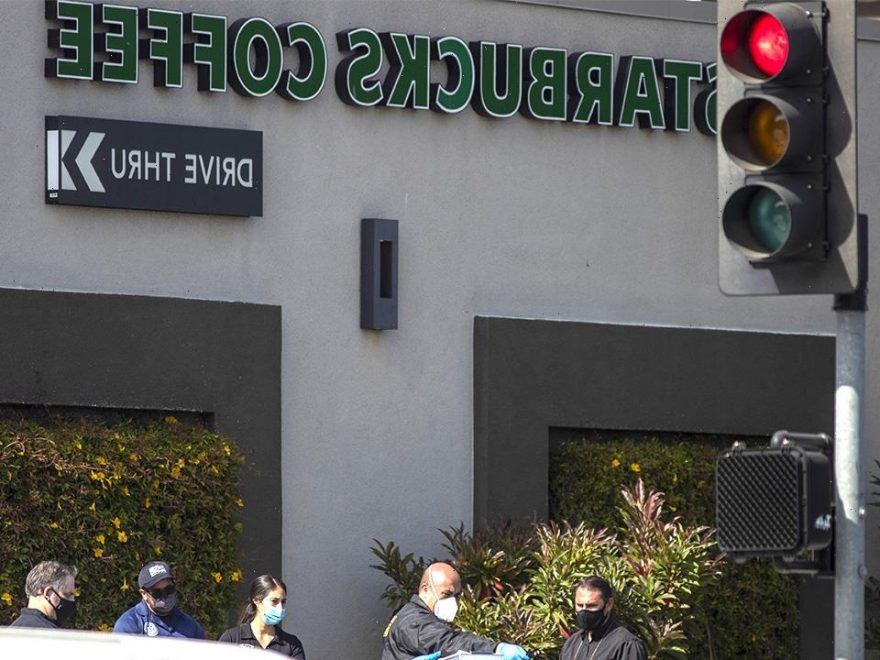 Los Angeles police fatally wounded a man they believe carried out a violent shooting spree in the city’s downtown, where he allegedly shot several people and killed two, before leading officers on an hours-long car chase, officials recently said.

The suspect, only described as a man in his late 40s or early 50s, was pronounced dead on the overpass in Orange County on Tuesday morning, according to the Los Angeles Police Department (LAPD).

“This appears to be random acts of violence,” Lt. Raul Jovel told reporters in Fullerton, where the man was shot. “We have no idea what precipitated this.”

The suspect had been driving a white Jeep Cherokee and refused pleas from police and a family member to surrender, authorities said. Shots were fired at police during the standoff, and one officer returned fire, killing the suspect. 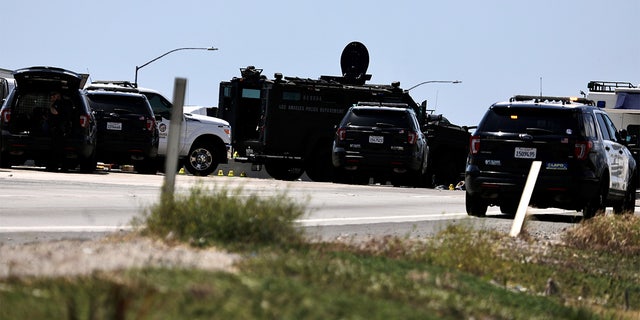 Police officers investigate at the scene where the gunman was killed in Fullerton shootout in Los Angeles, California, the United States, April 27, 2021. (Xinhua/Xinhua via Getty Images)
(Getty Images)

Detectives are investigating whether the shootings were hate crimes, the Los Angeles Times reported. The victims included two Asian men and a Latino man.

“We are very mindful of the potentiality for that, and leaning into that very actively,” LAPD Chief Michel Moore said.

The drive-by shooting began around 12:55 a.m. near the University of Southern California when the suspect pulled alongside a victim’s vehicle and fired multiple rounds at him, Moore said later during a police commission meeting. The victim suffered a bullet graze wound to his head; he is expected to survive.

Moore said a dashboard camera inside the victim’s vehicle captured part of the shooting and the Jeep’s license plate, which helped officers circulate a description of the car.

About 10 minutes later, another shooting occurred less than a mile away.

The suspect drove alongside another vehicle — this time in a Starbucks drive-thru — and backed into it, causing a slight crash. The suspect then fired into the vehicle, killing a newlywed who was driving with his wife, Moore said. Police believe there was a “verbal exchange” between the couple and the gunman, but Moore did not know what had been said.

The Los Angeles County Coroner identified the man as 24-year-old Alexis Carbajal. Neither victim was a USC student, the university told The Associated Press. 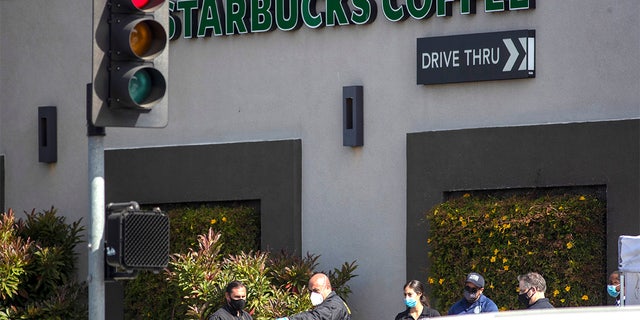 LAPD and LA County coroner investigators work the scene of a shooting at 28th and Figueroa Streets where a person was killed at a Starbucks drive-thru on Tuesday, April 27, 2021 in Los Angeles, CA. (Brian van der Brug / Los Angeles Times via Getty Images)
(Getty Images)

The second deadly shooting occurred around 1:25 a.m., about 3 miles away from the second scene. A man was driving when the suspect pulled up next to him and allegedly began firing through the window. The coroner identified that victim as 42-year-old Mingzhi Zhu of South Pasadena.

Zhu was an Uber driver and was on his way to pick up a rider, the company said in a statement that called the shootings senseless and heartbreaking.

A fourth incident was reported shortly after the homicide, Moore said, when the suspect fired at a vehicle in an intersection.

Officers spotted the suspect’s Jeep and began a long pursuit, which included the suspect firing at a white Tesla while driving. The driver was not injured.

The chase covered several freeways in Los Angeles and Orange counties. Police used spike strips to disable the Jeep on an overpass in Fullerton around 3:30 a.m., when a standoff with LAPD SWAT officers began.

SWAT pinned the Jeep in and attempted negotiations aimed at having the suspect surrender, Moore said. The suspect began firing at the officers through the vehicle’s front windshield, and an officer returned fire. The man shot at police a second time, the chief said, prompting the officer to return fire again.

The suspect was pronounced dead at the scene, and a handgun believed to be linked to the earlier shootings was found, Moore said.

Police are investigating what led to the spate of violence and if the man is connected to any other crimes.

“We’ll be going back to the suspect’s home, talking to family members,” Jovel said, “trying to figure out what led to these acts of violence.”